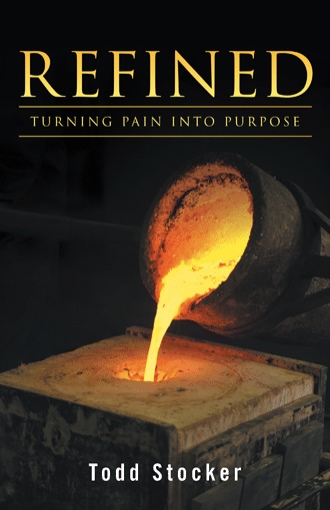 Is This Really Happening? On any given day in any given city, there are people who experience struggle. The homeless person who wonders if he’ll survive another frozen night on the streets of Minneapolis. The financially secure women who is tired of pretending that her marriage is healthy. The college student who fights back the urge to give in. The man who debates leaving his long time marriage in search of his lost youth. Struggles. Challenges. Hardships. The Bible calls them “Trials.” Whatever moniker with which we’re familiar, they all say the same thing. This imperfect life is filled with joys and sorrows, fulfillment and loss. We don’t expect it to be this way at the start. For example, think back to when you were young (or younger). Think about the time when you saw that girl or that guy and the pilot light of love flamed up. Back then, life seemed pure, simple and exiting. Then, as that relationship began to take root, bud and grow, what was simple became complex. The more you revealed of yourself, the more vulnerable you became. The other person also took risks and life started to feel heavy. Dating. Marriage. Children. Each adding to the woven pattern of your life.

After reaching a certain point on life’s timeline, everything seems to move along fine, at least for the most part. We have relationships. We have families. Jobs and “Stuff.” All part of this thing called life.

For me, this was my experience. Falling in love. Beginning a family and career and enjoying watching my kids grow and achieve. Within the past few years, I saw my youngest daughter, Maddie develop an incredible singing voice, love for volleyball and a giddy joy that comes with the middle school ages. I watched my son fly past my music abilities as he took up and mastered the guitar, drums and piano. I spent hours mesmerized by my oldest daughter Makenzie, as she danced professionally at the Bay Area Houston Ballet and Theatre Company.

The gentle waves of relationships and career rolled in and out of the shoreline of my life.

____________________ In June a few years back, my 18-year-old daughter, Makenzie and some friends from her ballet company decided to take some photos by the water for fun. Shedonned her leotard, secured her long, false eyelashes and headed out the door to my parent’s home on Taylor Lake in Seabrook, TX - the perfect setting to capture her graceful form. Everything went as planned. Poised on the dock, Makenzie and her dance partner jumped and leapt and “pirouetted” (whatever that is) as the camera froze them on film against the shimmering water and wispy pink sunset. Stunning. At the end of the evening, they headed home. As was her habit, she called me to let me know she was on her way. It was around 8:00pm. “Hi Dad,” she said. “I had so much fun! I love you. I’m on my way home …” “I love you too. See you soon,” I said. An hour passed before I noticed that I hadn’t yet heard the back door slam and her announcement, “I’M HOME!” I thought, maybe they had stopped to talk with my parents. Maybe they went out for a Jamba Juice (her favorite). Maybe she did come home after all and I didn’t hear her glide upstairs to take a shower. So, I started texting her. “I thought you were on your way home.” No response. So I tried a few minutes later. “You know you have to work tomorrow.” Again, my cell phone was silent. Odd but not completely unusual. Finally, I shot a last text to her: “You better have a good reason for being late!” She did. At 8:05 that evening, only minutes after our last conversation, Makenzie and her two friends jumped into the car and headed home. Makenzie’s photo partner Aaron was driving, Makenzie sat in the passenger seat and the photographer - a friend and fellow dancer Caitlin - was in the back seat snapping pictures of the bright pink and orange sunset. At 8:08, they stop at a red-lighted intersection on a somewhat remote roadway. Caitlin snapped another photo of a set of clouds that looked like an open doorway into heaven and a hand, palm up, as if to say, “Welcome.” If you see it, this picture is beautifully comforting. Three-seconds after the last picture, they turned into the intersection and were broadsided by a Ford F250 traveling at 63 miles per hour. The impact spun the car around 360 degrees across 4 lanes of traffic and sandwiched it up against another truck in the far lane heading the other way. Aaron walked away with a broken hand. Caitlin endured severe head injuries. My Makenzie, who was so full of life, who was so joyful, who was goofy and beautiful, was killed instantly. INSTANTLY. What do you do when your life changes so drastically and without warning? How do you deal with a God who says over and over that He is love, that His plans are good and that part of the plan is “not to harm you but give you hope and a future”? Sparing the details, we ended up doing what all the “experts” told us not to do. We pulled up stakes and moved to Minnesota, a place that had always been a refuge for our family. I took a leave of absence from being a pastor and worked for a friendof mine who owns a precious metals refining company. With the upsurge in the price of precious metals, they needed another hand preparing, melting and processing the old jewelry and silverware that came through their line. My job duties were taskoriented and people-light which allowed me to think about life and cry on the spot without embarrassment. During the times when sorrow washed over me, Bible verses would pop into my head, ones that I hadn’t thought of in years. “I have refined you, but not as silver is refined. Rather, I have refined you in the furnace of suffering.” - Isaiah 48:10 (NLT)

Life hurts when it is experienced

through the flames of tragedy,

but there is hope.

There is a purpose for it all.

Todd had the perfect life: a thriving ministry, a happy and healthy family, and a bright future. All of it was interrupted when his oldest daughter, Makenzie, was killed in a traffic accident. Needing to heal, Todd took a leave of absence from ministry and went to work for a friend’s company that refines gold and silver. As a refiner, Todd realized that the process of refining metal paralleled the grief and healing that he and his family were experiencing.

In his book, Refined, Todd examines principles that help answer the questions that surface when pain and tragedy poke their noses into our lives. Whether you have experienced the tragic loss of a loved one or struggle with the daily frustrations of life, Refined will help you understand what God may be up to.

Todd Stocker is a pastor, church planter, professional speaker, and author. As a nationally sought-after communicator and coach, his unique story of loss and trust has inspired thousands. To connect with Todd, go to www.ToddStocker.com.