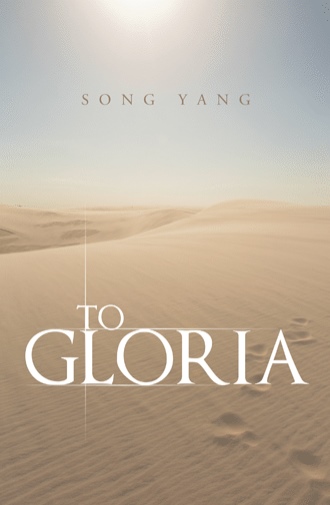 June 28, 2001
Dear Gloria,
It’s Mommy. I long to hold you, kiss you, and watch you grow, but there is no way I can do that now. It has been almost two months since your departure. Not a single day has passed without my thinking of you.
Today, sitting in our quiet house with tears in my eyes, I am writing this letter to you. Staring at the blank paper, I let the memories flood my mind. Traveling through the time we shared to the beginning point of your life, I once more taste the sweetness and the joyful nervousness of discovering your coming, as if it all happened yesterday.
It was September 20, 2000, ten days after our church retreat, when I found out I was pregnant. The tiny life was you!
Holding the pregnancy test and watching the second line darken, I felt my heart pounding harder than ever. Excited and nervous, I knew something wonderful was happening in my life: a baby was coming!
I announced the good news to your daddy immediately. Overwhelmed by joy, he could hardly believe it. We held hands and prayed from the deepest parts of our hearts: “God, thank You! May You protect this baby and let it grow safely.”
The year you came into our lives was the eleventh year of our marriage. For years, we had been watching our friends get married and have babies. And then we watched as the babies grew. It seemed as natural as the change of seasons. But things didn’t work out that easily for us; all we had were miscarriages.
Shortly after we had married in China, Daddy came to the United States to pursue his doctoral studies in mathematics in 1990. Six months later, I came to join him. Four years later, we both accepted the gospel and became Christians.
In the fall of 1994, I went to graduate school to study computer information systems. During the years I was back in school, I suffered two miscarriages. We were so young, poor, and busy that we didn’t even have time to pause and mourn. We simply wiped away our tears and went right back to our busy daily routines, hopping between campus jobs and classrooms, finishing school projects, and studying for finals. We pushed our baby dream away and buried it somewhere deep inside us.
Your daddy and I graduated from school and both landed jobs. Then we bought a house, and our long-forgotten baby dream quietly crept in.
About a year ago, Daddy and I decided to “give it another try.” We prayed for God to give us a child. Meanwhile, we went to doctors to find out why I had previously miscarried.
After undergoing several tests, I was told that I would need progesterone therapy during the early stage of pregnancy. Also, considering our history, the doctor suggested we use medical procedures to produce multiple embryos, and then decide to keep or eliminate these embryos when they grow to certain stage that can be tested for medical evaluation. By this way, our chance of having a healthy baby would be greatly increased. But Daddy and I were not sure whether we should do that. Having hearts that seek God’s will, we decided we would rather wait than rush into this “medical procedures.” We prayed to God to help us understand His will and to grant us a child.
Time passed, and nothing happened. “God, I know You have taken care of us in many aspects of our lives,” I thought. “But are You here with us for this, the baby thing? Why did the miscarriages happen before? Why is there no sign this time?”
All I heard was silence.
I prayed, hoping there was some chance God might take care of this dilemma in my life.
Maybe God wasn’t working directly in our lives, but He was using the best doctors to help us. I settled most of my hope in the famous medical specialists. But the thought of choosing embryos became more and more troublesome. I didn’t know where to turn, so Daddy and I decided to talk to our pastor, Keith Lawrence, during the upcoming church retreat.
Pastor Keith had been the pastor of our small Chinese church for more than a year. His light brown hair and fair skin distinguished him from most of us in the church. But his faith in Christ, his desire to serve Chinese immigrants, and his loving heart had won our trust.
Whenever we were facing challenges, Pastor Keith was the first person we called. Daddy and I had come to know him well during our group study called “Experiencing God,” and we developed a close friendship with him and his wife, Ann. It was such a comfort to know someone who cared, who would be there when we were in need, and who could give us spiritual advice.
One night during my quiet time, before we went on the church retreat, I realized that my heart was filled with concerns and doubts, which didn’t leave much room for God, and that my faith was weak. I got on my knees and prayed: “Lord, may You use this retreat to revive our love for You and reconfirm our faith. May You also show Your will to us regarding this baby issue.”
During the retreat, I was pretty busy with the children’s ministry. When I finally got the chance to sit down and join the retreat, I was already exhausted. For me the retreat went on uneventfully until the last day…

The joy of her pregnancy was shattered by the discovery of her baby's developmental problem.

"Why don't you want an abortion? " doctor asked.
"Because it's a life! " she answered.

"My Child, rely on me; I will take care of you! " God called. She followed.

She wrote, "When I came to God asking for His wisdom to understand the whole situation, it was as if a light lit up inside me. God fills each life with beautiful meaning. God doesn't favor those who are strong or smart. He loves us just as we are, unconditionally! I made up my mind to love my baby unconditionally and to carry her with a grateful heart, because I was walking with a beautiful life. "

She did, and God was with her. It wasn't an easy journey. She shed tears and dealt with anguish and heartache. And yet she had peace, enjoyed sweet times with her husband and her unborn baby, and even experienced miracles. By the mercy of God, she and her husband had chance to hold their baby, Gloria. Their time with Gloria was filled with tender love, and they sent their baby off with songs and prayers.

Life after Gloria's death was even harder, but God healed her broken heart miraculously, in a way of love, faith, and hope.

This collection of tender, loving letters that Song Yang wrote to her late daughter, Gloria, turned out to be a love story of Gloria's short life and a praising song of God's incomprehensible love. May you find love, comfort, and hope in this book.

Song Yang has experienced God’s abundant love in the darkest days of losing her infant daughter, Gloria. In memory of Gloria, with the passion of sharing God’s love, she transforms her experience into this heartwarming and inspirational book.
Song Yang was born and raised in China. She came to the United States in 1991 and later graduated from Northeastern University with a Master of Engineering degree. Now she lives in Sharon, MA with her husband and son.