A Message in a Game 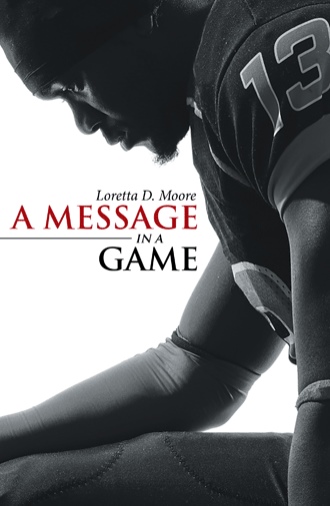 Football is a game played by many from the young to the old. During football season, there is a change in the home of many Americans. For you see this game causes a shift to take place. Why? It is time for football. The game which many have waited for since the previous season ended. When the last season ended die hard fans began to predict and discussthe next years season. In this book “A Message in a Game,” you will gain a new perspective on an old favorite. It is a written message communicating the Biblical teachings in the game of football. Yes, it may seem a little strange but come with me and read what is enclosed on these pages. In the state of Alabama or should I say the United States friends, families, and fans tune in to support their team. I often wonder is there anything else to do! During football season many people live, breathe, and sleep football. Football is not mentioned in the Bible, but there are hidden truths if you search it out. God in His infinite wisdom is not trying to hide. As a matter of fact, He wants to be made known to all men. If He can inspire a message using the game of football we must embrace it and be led by His spirit. This book is a message written to give insight into the game. Whether one is an avid fan or has just been introduced to the game, this book will give you insight. It may be presented in a way that you have not seen but, there is a message in the game. So I say to you, “Are you ready for some football?”

A Message in a Game is a new look at an old time favorite: football. Using the many aspects of the game of football, an underlining message appears for those who can get in the game. Many analogies are used to compare the format of the game of football too spiritual truths. Have you ever thought about how your life is like the fast-paced game of football? How sometimes we are hit hard but we have to get back up? So while you are going through the plays of life, I ask that you will allow this book to assist you on your journey. After reading this book, my prayer is that your view of the game will change. Not only your view of football but the game of life.

Loretta is the wife of Rogers, and the mother of Rosalind. Loretta has a Bachelor’s degree in Theology from Zoe University and a Master’s in Education from Liberty University. She attended Ministry Training School at Cliffdale Christian Center in Fayetteville, N.C. Currently she is a member of Cornerstone Church in Anniston, Al. Loretta has a passion for writing and sharing the Word of God.