And the Widow Wore Red 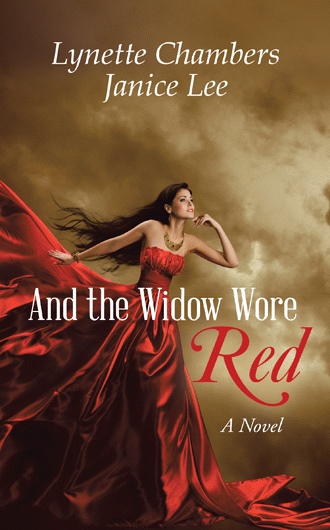 Prologue Easing back in the worn out old rocker on the vine covered front porch, he settled in to tell me the tale that weighed heavy on his mind. I had come to him with my questions, hoping to find the truth of a story I’d ran across while doing research for my thesis on churches in the region. I waited patiently for the aging Southern gentleman to begin his rendition of what had occurred in his own backyard. The sweet smell of magnolia blossoms wafted in the sultry air of the warm Mississippi night as he began his story. “I’m an old man now, but it don’t seem like all that many years back when I wrestled with a situation what made my blood run plumb cold. It came about when my wife was still alive and we’d sit out here on the porch of an evening. Musta been nigh onto ten years ago now, or somewhere thereabouts. Our next-door neighbor was a preacher man. He sure did think he was something else, I can tell ya that. My ole daddy always said that success can be a mighty wonderful thing if you keep it in line, and handle it right careful. But if ya don’t, disaster will be right there on yer doorstep awaitin on ya. And that’s just what was waitin on that young preacher man, I reckon. Most folk around here felt like he got his just desserts. Nevertheless, in an odd sort of way, me and my wife couldn’t help but feel sad for what come about….”

Chapter One The courtroom was packed. There was standing room only with reporters everywhere. The judge was announced and had taken his seat; when the doors in the back of the room swung silently open. A tall, strikingly beautiful, woman in her early forties walked confidently through. The woman’s head was held high, with a tumble of dark hair cascading down her back; rippling with her movements like a waterfall. Her shoulders were straight and she walked with surety and grace as she moved into view. The close fitting red dress, which she wore with extreme elegance, swirled gently around her knees as she stepped forward. The Prada shoes on her slim feet seemed as if they had been made especially for her. She wore a simple gold wedding ring on her left hand and small gold hoops in her ears. There was nothing else in the line of jewelry. Her pale, flawless, skin glowed like creamy silk as it contrasted with the claret color of the dress. Moving slowly down the aisle toward the front of the room, she looked neither to her left, nor to her right. She simply ignored the hundreds of eyes glued to her from every side. Not a sound was made as she stepped into the front row and took her seat. The silence was so profound one could have literally heard a pin drop. There wasn’t a person in the room who didn’t recognize Mrs. Gillian McKinley. Clearing his throat, Judge Blackstone shuffled the papers in front of him. Raising his eyes toward the crowded room, he surveyed the entire assembly for several long moments before proceeding with his usual brusque opening remarks. As an extra step of precaution, he reminded the reporters clustered around the room that his courtroom was a place of decorum. He stressed that he would absolutely not, under any circumstances, allow these proceedings to be turned into a three-ring circus. Looking over his spectacles at the numerous attorneys arrayed across the front of the courtroom, like so many hungry black crows on a highline wire, he scowled. Finally, he spoke directly to them. “Gentlemen, are you ready?” Looking back and forth at one another, the counsel all nodded in agreement. In one accord, they began sounding off various forms of grunts and words of verbal confirmation. “Fine, then,” the judge stated. Turning to the jury he asked, “Mr. Foreman, has the jury reached their verdict?” The foreman stood, clearing his throat nervously, “We have, your honor.” To anyone watching, the beautiful woman sitting there appeared to be the picture of poise and self-confidence. However, nothing could have been further from the truth. As the room seemed to swirl around her in an eerie fog of unreality, Gillian dug her fingernails sharply into the palms of her hands to keep herself from passing out. Voices echoed in Gillian’s head that were not those of the people in the courtroom with her. They were voices from times past; voices that played relentlessly in her head over, and over again, as if by their persistence they could change the course of history. Trying vainly to pay attention to the court proceedings, Gillian felt her mind floating back in time. Back, to the beginning of the end. As the courtroom and people around her faded to nothingness, Gillian found herself reliving the past. Feeling as if she was having an out of body experience, she hung on by a thread. Memories of all the hurt, pain, and humiliation that had gone on over the years seemed to accumulate in this final moment of waiting. Sometimes, intuition is the only thing a woman has to go on. And, sometimes, intuition is right. “Time, and time alone, will prove the truth to be what it is.” Gillian thought.

For Gavin McKinley, the lead pastor of a growing congregation in southern Mississippi, life could not get any better. His hard work and long years of sacrifice have finally paid off. That is, until his wife, Gillian, becomes pregnant with their third child against Gavin’s wishes. Things take an unexpected turn when Gillian decides to keep the baby, knowing that she is defying her husband’s express command.

In the meantime, Gavin is exposed for having an illicit affair and is asked to step down from the pulpit after twenty years in ministry. Gavin sees his world crumbling, and the loss of control terrifies him. In a frantic attempt to take matters into his own hands, Gavin unwittingly involves a young man from his congregation. In a twist of fate that turns deadly, their lives are changed in the blink of an eye.

Can Gavin McKinley find forgiveness for his sins? Will Gillian hold true to her faith, even when all seems lost? Could God possibly take a terrible situation and make it right?

Throughout And the Widow Wore Red, it is clear that the choices we make are often life altering, and not always for the better. We are reminded that God’s grace is sufficient and His mercy is everlasting. God is exalted in this tale of love gone awry, of faith tested beyond endurance, and of forgiveness extended when least expected.

Growing up in the Ozarks as barefoot little girls, Lynette and Janice learned the value of family, friends, and faith. Even now, they enjoy traipsing through the woods with their sisters and brother or their husbands when they’re not capturing the imagination of their readers with the stories they weave.