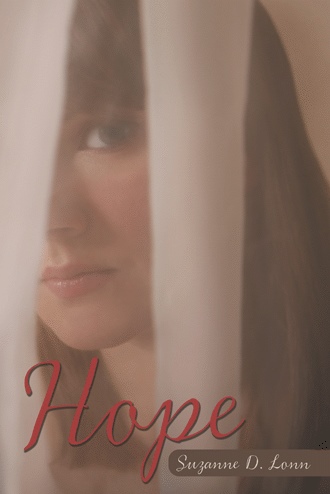 It didn't take long for Doctor Tim to build a clientele, join the Lions Club, and find some other men in their late sixties to perfect their golf game together. Minnie's verbal resume was a short one-liner -- a stay-at-home wife -- and when welcomed by the friendly folk in Wheatland to play bridge, golf, or shop at Tupperware parties, she was too busy, too sick, too involved, but with what nobody really knew. She did have some issues with her health, so she was content to perch at her aerie. Rumor had it that she was a bird-watcher, but soon the town folk decided she was watching them.

“Would you look at that!” she exclaimed, as she settled into her window seat and peered through her spy glasses. Tim shifted in his chair, but didn't wake up. He had perfected his selective hearing whether awake or asleep. “It's gone,” Minnie continued on. “The car is gone!”

While the meatloaf was cooking just an hour ago, she had trained her glasses on the bed and breakfast just down the hill, where a silver Honda with Western Washington license plates was parked out in front. She hadn't seen the man with the camera case park the car or go in and out, but she had observed Amanda Shaw enter the front door with a small overnight bag. Odd, because she was family and Minnie knew that Aunt Amanda always went to the back door. She'd picked up that little tidbit by listening and careful observation, and so the front door entrance by a family member had piqued Minnie's interest all throughout the whole meatloaf dinner and the cleaning up process.

Now, not only was the car gone, but the lights were off, not only inside the bed and breakfast, but outside, as well. Only the solar- powered decorative lights lit the front sidewalk. Katie always turned the warm, inviting, front desk lamp on in the late afternoon, even though the depths of a springtime darkness wouldn't arrive for several hours. Strange way to run a business, Minnie thought, as she watched for some movement, but mostly she was disappointed that there was nothing to observe. If only we'd had a frozen pot pie tonight instead of all those dishes, I could have gotten in here to see what was going on, she lamented to herself. Well, I can always get the car out and drive around town and try to find the Honda. She loved to look in lighted windows at night and see what people were doing! Like a moth that came out at night to flit around a light, Minnie came to life after dark. She thought she was virtually invisible as she slowly maneuvered her small black Jetta through the streets of Wheatland several times a week. She had no routine and no fixed route or schedule – just an uncontrollable urge to snoop. She really believed that nobody noticed her, even though her top speed was 10 mph, and often she'd stop right out in front of a house to crane her neck to see what was going on inside.

Family dynamics are explored through the themes of adoption, obsessive compulsive disorders, and salvation.

Although many members of the family in The Game of Hearts, Suzanne’s first novel about adoption, are deceased, this sequel picks up where that book ended. Two families are blended together as they face issues of distrust and OCD. Salvation heals the hurts of the past and opens opportunities for the future. The book ends with a surprising revelation.

Because Suzanne D. Lonn was adopted, the subject holds a personal interest for her. She was reared by a single lady—quite unique in the 1940’s—and became obsessed with finding out the truth. She explored this subject in her first work of fiction, The Game of Hearts, and then when readers wanted more, she pursued it again in this book, Hope.

Suzanne was also adopted into the family of God in 1966 when she asked Jesus Christ to be Lord of her life.

After teaching English in a Christian school in Spokane Valley, Washington, Suzanne retired to her hometown of Wilbur, Washington, with her husband. She enjoys Bible study and photography, as well as spending time with her granddaughters.