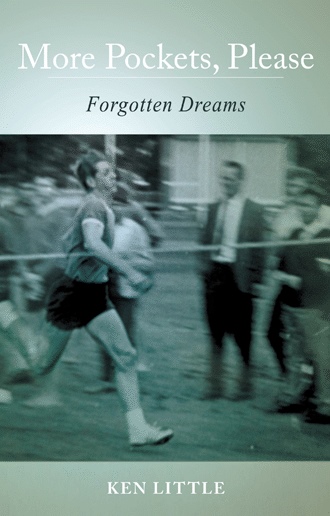 Ken ploughed through the book of Job looking for answers but found only questions. He knew his loss was small compared to the loss of many but his pain was just as deep. A one in a million medical condition had left him paralysed and his life in turmoil. There was no coping manual he could turn to either—Ken would have to write his own. He had entered a dark place not knowing how he would come through it or whether looking into the mirror of his soul would reveal a complete stranger looking back at him.

Ken had a happy childhood. He played competitive sports, went to church, and believed that learning from past failures could ultimately lead to success. He was excited by life and ‘pressing on’ to the prize, whether it be a match won, an exam passed, or a girl he liked going out with him.

But all too soon it ended, hope turned to despair, and loss of identity led to isolation. But what followed was a time of restoration, of self-discovery, of letting go and accepting that he was a small part of a much bigger picture. So he laughed when others cried, he got up when he fell, and soon realized that a more complete person could be emerging from the dark place than the one who had gone into it. He found strength to press on from loved ones, but more importantly he found the faithfulness of God.

Growing up on Sydney’s northern beaches, Ken graduated from Narrabeen High and Wagga Teachers’ College. He later studied special education and theology, and then taught special needs students as well as in Christian schools. Ken has written three children’s books and two novels, and he lives with his wife and family in Sydney, Australia.