A Theology of Empowerment Developed through Dialogue 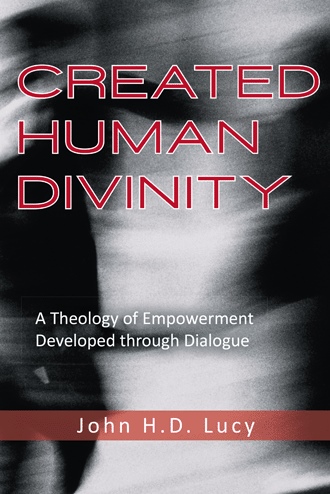 Comparative theologian Rudolf Otto argues that a creature-consciousness universally pervades and undergirds all religious experience and knowledge. We certainly must deal with what it means that there is a creator and that we have been created when we develop our theology and relationship with God, and the life that should follow. Most theology of creation and God as Creator considers the power and purpose of God and thus how humans should relate to our Creator as clearly distinct, lesser and less powerful beings.
Yet we must ask if creature-consciousness and the fact that we humans have been created necessitates a strict distinction between the creation and the Creator. Could not an all-powerful God do whatever he pleases with his creatures? We must answer with a resounding ‘yes,’ and then move on to the question of what type of creatures God would create, and why. Bluntly stated, the Christian understanding of humans as creatures of God will be re-evaluated in this paper in order to lift humans to the status of divinity, blurring the distinctions between created humans and Creator God.
The basic argument that will run throughout the paper is that God the Creator created us humans, his most treasured creations, as divine. What that divinity is and how it can be evidenced will be discussed, but it is important to note that the basic reasoning for God’s creating humans as divine is that, quite simply, divine creatures would be and are the height of God’s power as Creator of the universe. Behind that reasoning lies a simple question: why would God not create humans as divine?
Most of the paper will explore the possibility of human divinity and, if possible, what that divinity would look like. Very little of the paper will actually try and suggest that a created human divinity is indeed the foundational state of our being. The purpose of approaching the paper this way is to avoid declarations of universality while at the same time pointing to a dialect that is wholly Christian but also capable of dialoguing with the secular world. What is here said about human divinity and its resulting implications should be, or at least can be, acceptable as a possibility to people of all backgrounds.
To accomplish the task of producing a theology of created human divinity that is universally possible, I will sift through three major and relevant works by authors from, basically, the three points of the spectrum: the defense of orthodoxy that states God is Creator and divine and humans cannot compare (Tanner), to the opposite side that states God is irrelevant and humans are all there is and thus divine (Nietzsche), and an existential probe into the power of an individual that maintains the position and importance of God (Kierkegaard), the latter of which will serve as a sort of synthesis of the first two leading into a full development of the argument. This approach will allow the development of the argument by extracting from and contending with the major philosophies and theologies pertaining to humans as creations. Using works from Tanner, Nietzsche, and Kierkegaard as a framework also serves the purpose of developing a theory of creaturehood, or humanhood, that secular and Christians can possibly accept. Similarities between Nietzsche and Kierkegaard will be particularly useful in that regard.
Clearly, then, one of the first tasks of this paper will be to show that human divinity is not dangerous to or conflicting with the range of orthodox Christian theology. Tanner’s work will be used to dialogue with the range of orthodoxy. Without establishing that human divinity can be a functional and appropriate part of Christian theology, and not a heresy, then the rest of the paper would be meaningless to most readers. From there, Nietzsche and Kierkegaard will further dialogue with the possibility of human divinity, what it could be and is, and why it is important to begin including human divinity in our theologies. Because Tanner supports and outlines orthodox Christian theology and Nietzsche is not a Christian or religious writer, the synthesis of human divinity we will develop by dialoguing with Kierkegaard will be both very Christian and very comprehensive. It will be important, while reading the exposition on the three works, to read everything in the light of the possibility of human divinity within or in addition to our current philosophical frameworks and worldviews.
After developing the possibilities of created human divinity and gaining assurance that it can be a Christian concept with the help of the three authors, we will then synthesize what has been developed with other established Christian theologies. It will become evident that the traditions that have considered some form of deification or perfection a possibility generally only consider the question from God’s perspective. Since the traditions approach divinity from the perspective of God’s doing and God’s relation to humanity, they will only be used as a support to the thesis which considers the question from the human perspective and how humanity relates itself and to God. When all is said and done, though, it should be clear that not only is created human divinity an acceptable Christian concept but that incorporating created human divinity into our theology does not require a radical overhaul of what we already believe.

Take control of your life, especially spiritually, knowing that God has created you for greatness. Claim the greatness that God intends for you now, and bring new courage into your life.

“Few distinctions are more fundamental to classical Christian theology than that between God and creation. In this remarkable book John Lucy challenges this fundamental distinction, proposing that Christians should reckon instead with the category of created human divinity. Lucy is to be commended for the remarkable range of theologians he engages, and for making his case with boldness and clarity. Good scholarship makes us think, and Created Human Divinity does just that.”
-R. Kendall Soulen, Professor of Systematic Theology at Wesley Theological Seminary

John H.D. Lucy is a writer from Hudson, Massachusetts. He graduated from Saint Michael's College in Colchester, Vermont, as a member of Phi Beta Kappa, and is also a graduate of Wesley Theological Seminary in Washington, D.C., where he received his master's degree in theological studies. John is the recent author of 27 Million Revolutions for 27 Million Slaves. He currently lives in South Burlington, Vermont, with his wife, Danielle, and is training to become a pastor in the United Methodist Church.