The Crow and the Woman He Loved 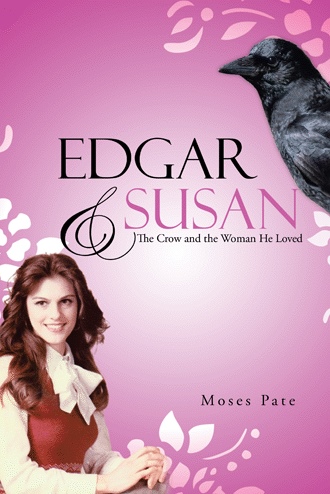 I knew that Edgar was up there somewhere, and I also knew that Paul was the reason that he wouldn't come down. I went back and sat on my swing. "You scared my bird away" I was bummed out and it showed. "Of all the times you pick not to come down, you gotta pick now," I mumbled. Paul stuck a cigarette in his mouth and started trying to light it. Turned out that his lighter was just about out of fuel. He put it up and the lighter goes chik, chik, chik and each time the lighter goes chik, little sparks fly out. You've seen it a hundred times. Somebody tries to get that last vapor of butane out and the lighter goes chik, chik and throws little shiny sparks out. Paul kept on trying to get the lighter to work, and I ain't kidding, it was really starting to get on my nerves! I was actually about to get up to try and find him some matches just to put a stop to that infernal chiking noise that's producing nothing but sparks. Ok, this is the part when a bad story turns good. Remember how that Edgar couldn't resist shiny objects? Well apparently sparks also qualify as shiny objects. It seems that while the chiking noise was starting to annoy me, it was apparently getting Edgar's attention. I can just imagine him looking down at the noise and seeing those absolutely irresistible little shiny sparks. When anybody else would have given up and start to rub two sticks together, Paul kept after it until, behold and unbelievably the lighter gave its last bit of life, so I would have this story to tell. Paul was sucking so hard on the cigarette that his cheeks were showing the outline of his teeth, when the tiny flame jumped across to light the cigarette. Little did I know, or who would have ever imagined that at that instant there was an airborne crow zeroed in on those sparks? Before the smoke ever hit the back of Paul's throat, what must have seemed like a big jet black apparition, flashed across his face, snatching the cigarette out of his mouth. I saw the whole thing. It was wonderful. There was no way that anyone could have dreamed up a more fitting introduction! Paul was screaming like a little girl. He sounded like he had been shot. He threw his arms up so violently that it caused him to tumble over backwards in his chair, and yea, he was still screaming. Meanwhile, Edgar pulls up and gracefully lands on the corner of the roof. And here's the best part! Paul was now on his feet slapping himself right in the face, not knowing what in the world had just happened! He looked up and saw what I was seeing. Somehow, somewhere between the time that Edgar had snatched the cigarette and had landed on the roof, when he turned around to look at us, somehow he had maneuvered the cigarette around to where it was sticking straight out of his mouth, and he looked for all the world like he was smoking the cigarette. He stood there all shiny, black and proud with a little trail of smoke rising in the air. Even I was startled. It was one, no not one, it was absolutely the most perfect entrance, short of childbirth that I have ever seen in my entire life! Paul let out a whole string of startled obscenities, and he said them over and over and over. He caught his breath and with his arms still waving wildly over his head, he started all over again. "I ain't never seen nothin like that before!" If I had thought that Paul was loud before, I hadn't heard nothing yet. He caught his breath again and then swore some more. After a while Edgar dropped the still smoking cigarette to the ground. I calmly walked over and picked it up, and doing my dead level best to pretend like nothing unusual at all had just happened, walked over to Paul, saying calmly, "want your cigarette back?" Susan had come out to see what all the racket was about. So when Paul started up again, I introduced him to Susan and told him to watch his language around my wife. Susan pretended gratitude and turned to walk away. "Nice to meet you ma'am," Paul said sheepishly. She turned, smiled and said "thank you." It was obvious that Paul was visibly taken aback by the grace and beauty of Susan. By now he was totally subdued. He sat down and began talking in an almost soft voice. Susan had a way about her ( that was unintentional) of disarming the most uncouth of people possible. Paul looked at me and said, "Dude, you got it all." He didn't elaborate and I didn't want him to. He stayed for a while longer. At one point he held out the cigarette that he had worked so hard to light only to have it whisked away in such a startling manner and said,"I'm gonna keep this to remember today." From that day on, Paul would prove to be a good friend that I am still proud to know. Edgar flew up to roost, and I explained that he always turned in early. "Ok" he said, "I guess I'm gonna be going now." I walked him to his car and we actually shook hands as he got in and slowly drove away. I looked up at Edgar's place and said,"good night boy, and oh yea, thanks." I walked over to the hole that I had worked on all day and just smiled a bit. I went inside and had another glorious evening with Susan. Before supper I told her about what happened outside with Paul. We laughed together till late that night.

A young crow was trapped under vines and briars because I had pushed his tree over. He screamed in terror as I wrestled him from the tangle. His family that had been circling and cawing overhead flew away leaving me wondering what to do with this magnificent bird. He couldn’t fly, so I knew that he wouldn’t survive. I was obliged to help. I determined to care for him until he could fly away on his own, so I took him home. After letting him out of a box, he was so frightened that he banged up nearly everything in the kitchen. Reluctantly, I stuffed him into a makeshift cage.

The next morning he met my beautiful wife, Susan, and that was the beginning of one of the strangest and most amazing relationships you’ll ever hear about. He was never meant to be a pet—he was supposed to fly away—but he chose to stay. The next eight months was like living in our own personal Disney movie. Our days were filled with love, laughter, surprises, and good times. This is an astonishing pet and love story, but we weren’t “over the rainbow”; we had some bad times, too, but we learned that unshakable young love sees only optimism.

“This is a beautiful book that made me laugh out loud and cry. This is more than a story about a mischievous bird. It’s about a young couple who learned about love, parenting, and each other through an unlikely character.” —Lisa Fabrizio, Director and Professor of Massage Therapy and Healing Arts

Moses enjoys restoring and operating heavy construction equipment. Old cranes are his forte. He is an avid reader of histories and biographies. Moses and his wife, Susan, live in Mobile, Alabama. They have four children and eight grandchildren.