A Woman’s Journey to Healing, Hope, and Fulfillment, through the Old Testament Book of Isaiah 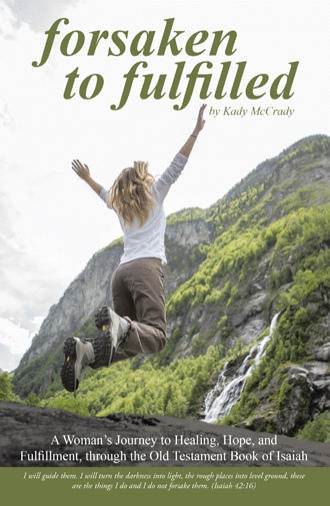 He came out of the bedroom raging with anger and began arguing and insulting me. This frightened my son, who was only 5 years old at the time.  My son felt confused and terrorized as my husband and I kept shouting back and forth at each other. He ran to the back bedroom to hide in the closet.

Hide them from our enemies until the terror is past… (Isaiah 16:4 NLT)

Kris and I continued the escalated dispute. Finally he seemed to calm down and left the room.  I assumed he went back to try again to sleep.  I walked back to the bedroom where my son was hiding, to check on him. As I was apologizing and comforting my son, Kris came down the hall like a roaring storm at sea.

They will roar over their victims on that day of destruction like the roaring of the sea. (Isaiah 5:30 NLT)

Kris was 6’4”, and very strong.  He didn’t say a word.  His face was beet red and he was engulfed in burning fury. He began to strike me in my head and face over and over again. He pounded me with full force behind his strong, muscular arms and fists.  With the impact of each violent blow I felt his hateful anger. It was if an evil demon had taken possession of him.

They struck the people with fury, with blows that didn't stop. (Isaiah 14:6 GWT)

My son watched from his hiding place in the closet.  He could see through the louvered door. After several blows, I began to sink closer and closer to unconsciousness.  My husband’s hot rage and wrath continued.  I knew that if I received one more blow I would die! I quickly prayed for help and I was overcome by the peace of God.  He gave me the wisdom to remain cool and to use reason with my husband.

Go, my people, enter your rooms and shut the doors behind you; hide yourselves for a little while until his wrath has passed by. (Isaiah 26:20 NIV)

All who rage against you will surely be ashamed and disgraced; (Isaiah 41:11 NIV)

Ten times he brutally struck me in the head and face. Each time he knocked me down I would get right back up and face him. I never lifted a hand to strike back at him.

I have given my body to the strikers…I have not turned away my face from them that rebuked me … (Isaiah 50:6 RHE)

With a soft, but authoritative voice I let him know I was dying and he needed to stop. The Holy Spirit gave me the words and voice to speak in a way that would ultimately move him to cease his fierce attack. Through the power of the Holy Spirit, I stood up to my furious husband in my defense.

I have put my words in your mouth and covered you with the shadow of my hand… (Isaiah 51:16 NIV)

“Throughout the night I cried to the Lord with tears of brokenness that flooded my pillow, and pleaded with him:  “Why have you forsaken me, O Lord?  How long do I have to live like this? I can’t take it anymore! I have prayed for so long! Did you forget about me? Please, help me!”

“Kady is to be commended for sharing her life with others.  Her book, Forsaken to Fulfilled, is well documented with God’s Word and demonstrates how he will help in time of need. When she set her eyes on God’s Word, she found victory, healing, and fulfillment as a woman.  In this world, we need more courageous individuals like Kady to stand up and be a voice for the vulnerable and hurting. This book should be read by every couple.”

Kady McCrady has served the Lord in various positions of ministry in the church, including women’s ministry director and director of missions.

Having been through many rivers of sorrow and abuse, Kady has a compassion and heart for those who are hurting. Forsaken to Fulfilled is her testimony of struggles through hard times, abuse, loss, and other trials of womanhood.