by James A Turner 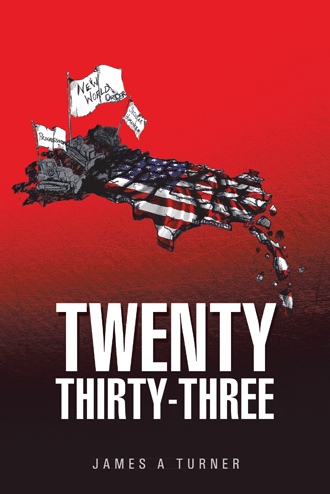 After everyone had several helpings and a dessert or two, Orville spoke up. “Folks tonight I’m privileged to share in place of Pastor Haynes, I will do my best to keep your attention and not talk to long. As Orville began to speak many of the ladies left for the kitchen. Cleaning the kitchen was their excuse for not listening. No sooner than he started to talking, a few guest politely got up from their seats, waved by, and left. “Tonight I will share how my life was after Linda passed away. It was last January, almost a year, it was so sudden, she just left us. I was a zombie; I would wake up in the middle of the night, and drink coffee till daylight. Then I would sit there for hours not knowing what to do next. This went on until sometimes in June.” As Orville spoke his lower lip quivered a little, Ellie came over to where Orville was sitting and put her arm around him. Orville wasn’t trying to stir up any emotions, but several of the guests had begun to cry. “I’m sorry, I’m very sorry, I didn’t want anyone to be upset, but I needed to explain where I was coming from. Anyway, sometimes in June I went to get my haircut. I was sitting there waiting for my turn and looking for something to read. I found an old copy of a National Review Magazine. The National Review is a very conservative far right magazine. I don’t usually read this type of material, but the cover caught my attention. It read in large print “The Four Horsemen of Progressivism”, and in smaller print it read “The Men Who Created Our World”. I wanted to see what progressivism was and who these men were. No sooner than I found the article, Ed, my barber said it was my turn. I kept the magazine and sat in the barber chair for my haircut. I asked Ed if he had read the article, he said no he didn’t read that political crap. I politely laughed and asked if I could borrow the magazine for a day of two. Ed reached for the magazine and noticed it was a several years old. He then said, keep it, it’s time to be thrown away anyway.” “I don’t know what my fascination was, but I couldn’t wait until I got home to read the article. I didn’t’ realize that for the first time since January I was actively doing something, it wasn’t much, but it was progress. It was a few weeks later that I realized that my life had made a turn for the better. I still missed Linda very much, but my life had taken a turn and I wasn’t a zombie any longer. It is not an easy topic for me to describe progressivism. It is something that’s been here for a long, long time. What I learned from that article caused me to become obsessed with finding what truth really is. I’ve been a Christian since childhood. It is who I am, it’s what I do. I’m basically a good person, I have made mistakes, I guess many mistakes, but my life is simple and it keeps on going forward, no matter what. Saying all that I just said would apply to most everyone I know. As we live out our lives we try to do better as we grow older. The article wasn’t about biblical truth, but that’s where it quickly led me It hit me like a ton of bricks. I didn’t understand truth, and I thought I knew who Jesus was, but I really didn’t understand as much as I thought I did. I was a nice man that went to church regularly, and I thought that was enough”. Everyone was used to hearing Orville each Sunday, but this was different, it wasn’t his regular message of encouragement. “Pontius Pilate sent Jesus to His death from charges made against Him by the Jews, he asked Him, if He was a King and what is truth”. Jesus answered;” you say that I am a king. In fact, the reason I was born and came into the world is to testify to the truth. Everyone on the side of truth listens to me”.” What is truth?” retorted Pilate. With this he went out again to the Jews gathered there and said, “I find no basis for a charge against him” (John 18 37-38). Jesus said in another place, “I am the way, and the truth and the life, no one comes to the Father but through me” (John 14:6).” Orville went on to say, “We may not fully understand what truth is, but this is the place to start our search, through Jesus Christ and in the holy bible. My understanding of truth is that, it is everything said by Jesus, it is who he is, and if we know Him we can understand truth. It’s not a complicated word, but nowadays most people and many churches aren’t searching for truth. Orville then said, “Next I’ll read from the Stanford Encyclopedia of Philosophy, This was published Tuesday June 13, 2006, I quote, “Truth is one of the central subjects in philosophy. It is also one of the largest. Truth has been a topic of discussion in its own right for thousands of years. Moreover, a huge variety of issues in philosophy relate to truth, either by relying on theses about truth, or implying theses about truth”. “End of quote, the great colleges and universities of our land and throughout the world have searched for their meaning of truth, they have made their own interpretation of what truth is, without even considering what God’s truth is. Without knowing God they can’t possibly understand what truth really is. They teach our young what their understanding of truth is, not God’s. This has gone since the” fall of man”.

An ominous dark cloud looms over America. America's decline has finally reached a breaking-point. Few options remain to correct decades of national failure. A world-unified government is one option. A secret committee still has hope for a return to what America was before secular humanism was the prevalent religion and progressivism controlled the government.

He is old enough to see that America was once a great and mighty nation. He is wise enough to see where we are as a nation today. He is deeply troubled and saddened by the direction America is headed. His life is nicely centered on God and family. He loves the America that once was, and hopes that God is not done with us yet. That is, if we include Him. He lives in Benbrook, Texas, with his wife, Sharon, and two dogs.