Who Would Have Known 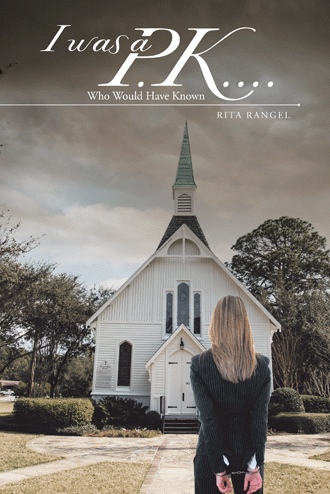 It started smooth but seemed to escalate after a few minutes. One thing lead to another and suddenly there were shots fired in all directions. Everyone was shooting at each other! I stood there in shock realizing how this would be my last day on earth. So many thoughts went through my mind. I thought of my children that were waiting for me, the dinner & show appointment my daughter and I had that evening and I would not be making it, how my life wasn't right to die and didn't want to go out like this. The shooting felt like 30 minutes long and very loud like cannons going off at close range. It was like a violent dream in slow motion as I looked around at everyone. My ears were completely muffed out by now. I told God I didn't want to finish this way and please help me get through all this. I remembered how I tried to warn Richard that this could happen but he wouldn't listen. I was wondering where I would get hit first, in the head, chest, heart. I wondered if it would burn or if I'd feel a lot of pain. In these final seconds, I asked God for forgiveness, how much I really loved him and if he would spare me from this moment and give me another chance; I would serve him the rest of my life. Suddenly my previous Christian life flashed before and how I use to share with people that none of us are guaranteed tomorrow. Here I was in that actual moment. Oh how I dreaded what was to happen next. As bullets continued flying I kept praying "OH GOD, OH GOD, I DON'T WANT TO GO OUT THIS WAY. PLEASE GOD, MAKE A WAY OUT OF NO WAY RIGHT NOW; GET ME OUT OF HERE ALIVE AND I PROMISE TO RECOMMIT MY LIFE TO YOUR HONOR AND GLORY AGAIN".

When the shooting finally stopped, to my amazement, I was standing there in all the smoke from the guns, looking around. I couldn't see anything or anyone. For some time I couldn't hear either. My ears were muffed. It was incredibly very loud with silence. By the time I came to my senses emotionally, everyone was gone! Not a soul was around except for me standing there looking around. I went into shock! Sadly, there were several bodies laying around on the ground. Some died immediately and others thought to be dead, survived. Richard was hit hard. I knelt down next to him in shock not really knowing what to do and still in disbelief. I trembled as I knelt on the ground and it was apparent he didn't have much time bleeding profusely. As I attempted to pray, I heard and felt a silent but powerful inner voice say to me, "you hypocrite, YOU CAN'T PRAY, you are a backslider trying to pray for a dying man? You don't have anything coming to pray for a soul. God isn't going to hear you. You're a backslider" I suddenly remembered how in fact I wasn't a Christian anymore and perhaps I really couldn't pray! I looked at him and still wanted to pray. I felt powerless and fear gripped me that he would die without God. I felt sick to my stomach to a point I wanted to throw up. I didn't know what to do or if I should pray salvation to him in my backslidden condition. I was speechless and couldn't get the words out. I kept hearing this voice reminding me "YOU CAN'T PRAY". I couldn't get the prayer out fast enough and watched as life left him and he died. Everyone else was laid out. The air was still filled with smoke and there was blood everywhere with the smell of rust! I sat for few seconds in shock and noted my white blouse was all splattered with blood from my shoulder to my chest. I just looked in amazement at Richards lifeless body laying there. I suppose my hearing began to lift because I could hear someone moaning a few feet away. It was Richards friend who had just (days before) come home from a 15 year prison sentence. I stumbled over to him. I didn't know where he was shot. I asked if he could hear me. He looked at me, tried to say something and then took his last breath and died. I sat and looked around if anyone else was alive. I don't know why I didn't just get in my car and leave. Later, I began to hear

sirens at a distance. Still feeling nauseated, shock and dizzy, I went into the house and sat on a chair. As I sat, I could see Richards feet as he lay there. The thought of me being the only survivor hit me and with mixed emotions and scattered thoughts, I thanked God for keeping his hand upon me and making a way out of no way when no one else from my group made it! I almost felt guilty that I was still living. God had heard my prayer.

This is my story; how I came from a good Christian home and my perspective as a PK; of what it is to have Pastors for parents and the pragmatic challenges that are rarely talked about. I share chilling accounts of what goes on in a PK home that should be read by all. I am transparent in sharing my experience in hopes of bringing awareness to others about Pastor’s and family life. What should have been a good, happy, balanced life being brought up in church and knowing better, went quite the opposite. I left my faith and lived a life with alcohol, drugs and a life of promiscuity. I later married my husband, who was a powerful ring leader of this ruthless prison gang. My activities inevitably ended me in jail with charges that should have left me to do “life without”. I should have died, but God had a purpose and a plan for my life all along. You won’t be able to put this book down!