Out of the Ground 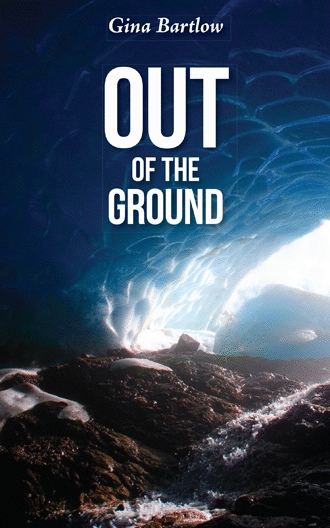 December, 2111 Again I’m short of breath, drowning in my own body fluids. Draining the fluid from around my heart is fast becoming a non-option, medicines fail me. As president of the United States of America, I am the savior. I must live to see my destiny. Indeed destiny has a duty to see that I live. Jubal Finnion snapped his laptop shut. A quick look at his watch reminded him of the meeting with the deposed leaders of China. He scoffed, in a few months time the tables had flipped. The collapse of the U.S. economy and the class riots due to the demise of the entitlement system placed China in a position of world dominance. The dragon of the east had no mercy. Like a giant amoeba it began engulfing the shining hill, democracies last stand. The corners of Jubal’s mouth turned up. China got what was coming to her. Massive earthquakes and tsunami’s ravaged their nation. The government was devoured in anarchy. Those leaders who escaped with their lives now crawled to him begging for sanctuary. Jubal straightened his tie, his legs faltered and he paused before entering the plush meeting room. Immediately the Chinese leaders bowed to their benefactor. Jubal motioned for them to sit, he remained standing. He congratulated himself on the message he was portraying. The United States, for all is struggles, indeed towered over China. Jubal felt a wave of exhaustion. His skin turned clammy and ashen. Trying to maintain his dignity he quickly sat down. The room began to spin then blackness veiled his eyes, sound was disappearing down a long tunnel. When he regained consciousness he was on his office floor, surrounded by the men he had intended to humiliate. “Is there something you need Mr. President?” Chairman Quan chose his words carefully. He smiled, “Perhaps, you will give us something we need in exchange for something you need.” Jubal’s words came out in gasps “Get me to a hospital!” The Chairman pressed his fingertips together, “First, Mr. President we need the security password to your laptop.” Jubal swore. He knew once they had access to his laptop national security would be compromised. The game would be back on, and this time they could win. Sharp pain racked his chest, he spat out the password and his world went dark. The first thing that entered Jubal’s consciousness was the steady rhythm of the heart monitor. The fuzzy mix between light and dark began to clear. Jubal could feel tubes piercing his body. He had to get out! He began clumsily trying to pull the invading objects. He heard a loud noise and felt hands restraining his progress, again darkness. It was night when Jubal regained his faculties. He began assessing the situation. It appeared there had been some kind of invasive procedure in his chest. “How can a man without his consent wake up with a tube protruding from his chest?” he mumbled. Much to Jubal’s annoyance Chairman Quan appeared at his bed side. “Ah, Mr. President I see you are recovering well from your transplant.” Jubal heard the word transplant roll from Quan’s lips but, his mind drew a total blank as to their meaning. Quan seemed delighted by his confusion. “It is a simple fix. We looked in your prison data bases and found the perfect match for a heart and went and got it. It is done routinely in my country.” Jubal was dumbfounded. Without the blink of an eye another human being had become nothing more than spare parts. “No thanks are necessary. Your gracious offer to install us to your cabinet and grant us asylum are thanks enough. The password was quite useful in managing negotiations.” Quan smirked. “You need your rest, I will leave.” With that Quan sauntered out of the room. Jubal was confident that, whatever the cost, he was spared for greatness. He mused, it seemed that he now had the path he needed to offer eternal life to his subjects.

Out of the Ground is a Christian action thriller. Advances in medicine and technology were supposed to usher in a manmade Garden of Eden. You can become like God is the lie passed down through eons. Society has advanced almost to the point where God has been forgotten. An unlikely remnant of farmers and people considered to be human merchandise have not forgotten God. Can these forgotten people set right the disdain for human life and topple the man setting himself up as the savior?

As a mental health counselor in a behavioral health hospital, Gina is a firsthand observer of human behavior. She and her husband, Terry, also served as full-time youth pastors for sixteen years. They have two daughters and live at the foot of the Rocky Mountains.