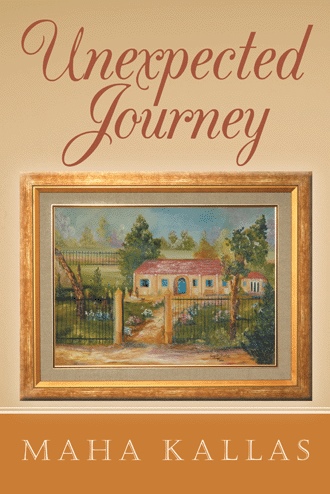 Head down the road to Emma’s house. You’ll quickly get caught up in the vibrant story of her family.

Emma always dreamed of escaping her dominant father. She finally left her family to live a life of happiness beyond compare with her handsome husband, the powerful warrior Arthur. But one day, Emma found herself disoriented, as if an earthquake was shaking the ground beneath her feet. The people around her became unrecognizable and everyone turned against her for the crime she had committed--giving birth to twin girls, Alice and Rose.

Soon, destiny gave her a second chance at happiness when her twin sons, Albert and Fred, were born. But Emma’s life was still a roller coaster, and what if it broke down forever? She realized eventually that trouble is unavoidable while misery is optional.

When fate gave Emma the chance to be her own commander, she held the reins of power tightly till the last moment of her life. Even though life’s thunder and lightning struck Emma and her family over and over without mercy, she built her own dynasty and trained her sons to be the pillars of it. Meanwhile, Emma’s granddaughter Mary--that little baby no one expected would live--succeeded against all odds and grew up to be her grandmother’s undeclared treasure.

Maha Kallas lived deceptions in series, but she made the best of what she could reach: she successfully taught history with a master’s degree, studied computer science, and worked in companies. Recently losses came in bulk, but before losing herself one message of hope awoke a forty-three-year-old memory, that of her teacher saying, “You can be a novelist.”