A Dove in the Distant Oaks 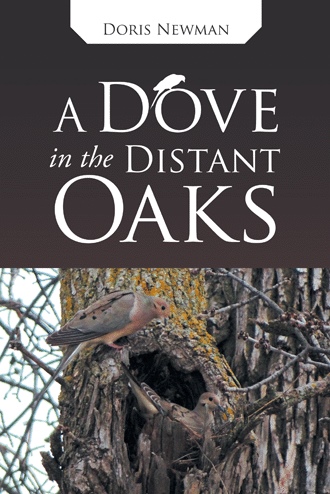 Dianna was the shy type who sat up front in the safety of the bus driver’s shadow. The neighbor boys’ cutting the rubber band in her ponytail contributed to her disposition. Having three sisters emboldened her, yet the usual antics couldn’t completely take away her fears.

On this June day, as Dianna sat in her purple-and-white gingham short set, her golden-brown ponytail in place and her sack lunch held tightly in her fist, even the front seat wasn’t safe. What should have been a day of running and laughing in the park instead abruptly ended when the bus’s nasty radiator hose broke on the final ride of the school term. The smelly green liquid sprayed onto her leg. The burning pain went deep inside her left ankle, not just on the skin.

A high school student, who had just completed a first-aid unit, jumped to action, retrieving the appropriate equipment from the kit and wrapping the ankle to ready Dianna for transport. She carefully placed gauze strips and gel along the injury.

The bus driver turned down the volume of the classic radio station and drove back to Dianna’s farm and up to the house. Tears streamed down Dianna’s face. Her mother came out of the house and was told about the burn, while Dianna was placed into the backseat of her parents’ car. Later that week, the superintendent visited the farm with a doll dressed in a colored, polka-dot print. Dianna had never seen one like it. A stuffed animal would have been more squeezable, but this was something new, and even though she was hurt, she felt a little guilty that none of her sisters had gotten one. But if they were upset about it, they didn’t show it.

Once again, the surge of pain in her leg reminded Dianna that there was a reason she’d received the doll. Perhaps that made the gift fair somehow. The doll didn’t really make her happy or feel better, but it was something to hold when the pain shot through her lower-left leg.

A Dove in the Distant Oaks is like a camera zooming in from a distance until it focuses on one little girl, Diana wandering around the farm as a child. We see some of the varied life of a farmer’s family until Diana marries a minister and their lives take them far from the farm. The family now consisting of Danny, Dianna, Ben and Britta leave the well know routine of the farm for the exciting life of the parsonage. Another child would soon come along and Diana’s nest would be full. Danny was living the life of a Pastor, staying in a place for a period of time before moving on to the next assignment. Their journeys would take them from Miller, SD, then to Britton, SD before moving on to their assignment in the small town of Medart, Fl. Little did they know that their next move would take them to the far north country of International Falls, MN. Following that move they would Pastor in Marshall, MN, New York Mills, MN, Bridgeport, IL, and Granite City, IL, before life would take them back to where she started in the old farming community of Arlington, SD. Would she find contentment. You be the judge. Read the book and find out.

Doris is a unique author offering fresh insight taken from a variety of situation. She grew up on a farm in Northeastern South Dakota. Like many farmer’s children she attended South Dakota State University where she graduated with a degree in Sociology. Unlike most farmers children she married a minister and ended up living in many states from South Dakota to Florida.