We Can Overcome Obstacles in Our Life 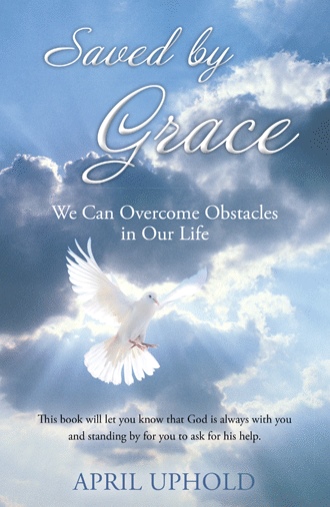 One summer day Silver Lay was talking on the telephone as she sat on the porch of her home in a small community called Southgate. She shared the home with her four year old daughter, Danielle as well as her older sister Earnestine. Up the street about six houses to the right lived her other sister Sugar. Her sister Money lived one block south of Sugar. About eight blocks north, lived her brother Woodrow.

Woodrow would always come to their house before work and eat dinner. It was as if Earnestine was cooking just for him. Once he finished with his meal he prepares to leave for work. It never failed that before he would leave for work he would always kiss someone on the forehead. I never knew why he did that. I can only imagine that this was his way of thanking them for the meal that he had eaten. I can still hear those words echoing in my mine, “come on and give me some sugar”. Silver Lay four year old daughter was the recipient of most of his kisses because she would be standing by the door upon his departure therefore he would pick her up and kiss her on the forehead. Then he would leave for work, I can only imagine that this must have made hid day because he did this for several years.

Right after Woodrow left for work Sugar pulled up driving her new old mobile that she had bought from the filling station. Sugar blew her horn at Silver Lay and parked the car on the driveway. Silver Lay then hung the telephone up and ask Sugar to get out the car and come on in. So Sugar does just that and come in and spoke to Earnestine and Silver Lay daughter. Sugar is the type of person who always has to get you with a joke and today was no different. Silver Lay starts dressing her daughter while engaging in a conversation with Sugar. Sugar ask Silver Lay “are you sending Daniell to a ballet dance recital”, meaning the child clothes were too tight and they looked like something that a ballerina would wear, skin tight. They all laugh. Earnestine looked at Sugar and said “you must not have checked the mirror before leaving the hose this morning because you are a lady but look at how tight your clothes are skin tight. They all laugh again and continue to enjoy each other company. They sat around joking for a little while longer and then Sugar decided to go to the hospital.

Sugar turned and asked Silver Lay if she would go to the hospital with her to visit their cousin. Silver Lay agreed to go with Sugar while Earnestine agreed to stay home with Silver Lay daughter. Silver Lay and Sugar went out and got into her new Oldsmobile car and headed to the hospital. As they enter the hospital and start walking toward their cousin room they could not help but to notice this tall, slim, handsome, well groomed young man. He appeared to be in his twenty’s. He approached them and then proceeded to introduce himself to silver Lay and Sugar as being Max. He went on to tell them that he was from Florida and down here visiting his aunt who is in the hospital. Sugar introduced herself and then introduced Silver Lay as being her baby sister.

Sugar let her introduction reflect that they are locals from right here in the Delta. Sugar and Silver Lay then turned with big smiles on their faces and looking each other straight in the eye and moving their mouth in the motion saying Max. They quickly turned back around and said welcome Max to the Delta. Max thanks them and went on to tell about his aunt whom he was visiting in the hospital. The young ladies said that they were visiting their cousin who was also in the hospital and they thought they would bring a little cheer to him. At that instance it seem as though a light bulb came on in Max’s head; he stretched his eyes big and suggested that they visit each other relative and bring cheer to both his aunt and their cousin. Silver Lay and Sugar thought that was a great idea so they quickly agreed. They walked to his aunt room and knocked on the door and his aunt said come in. When she saw that it was family she was so happy. Max introduced Silver Lay and Sugar to his aunt Sail. After he introduced them they start talking in a conversation about how his aunt Sail was doing and when she will be released from the hospital. She responded “I hope very soon”. Sugar told Max aunt Sail that she hope that she feel better and have a good day. Aunt sail said come back again. They all said bye and start walking down the hall to visit Silver Lay and Sugar cousin. They stopped in front of their cousin room and knocked on the door. They heard his voice when he said come in and they entered his room. Sugar introduced Max to their cousin Rex. Max said “I am pleased to meet you” and Rex reciprocated the greeting.

After being formally introduced Max turns ask Rex did he know when he was going to be released from the hospital. He responded, “Tomorrow man and I can’t wait to be released from this place”. Silver Lay and Sugar asked their cousin “does he need them to do anything for him before his release on tomorrow”? He replied “no not at this time but I am glad to see you’ll.

It was getting late in the day and they all had other things to do so they told their cousin that they will call and check on him tomorrow to make sure that he had been discharged. He then told them to have a safe trip home.

As the three of them were leaving Rex room, Max asked “Sugar and Silver Lay if they would like to have dinner with him”? They were both surprise and Sugar replied “I ate before I left home”. Silver Lay, states that “she had another engagement”. Max “replied maybe another time”. Silver Lay said “yes maybe another time”. Max went on to ask Silver Lay for her telephone number and she gave it to him. Max then walked them to the exit door of the hospital and said good-bye. Silver Lay and Sugar left for home, but not until Sugar showed off her new olds mobile. Sugar drove to her sister Money house and blew the horn. Money came out and said “hey guys, I almost didn’t know who you were in that sharp olds mobile”. Sugar said “I had to get this olds mobile so I could stay off my feet”. She went on exaggerating about how red her feet would be when she uses to walk. They all laugh.

Silver Lay was a college graduate, having a difficult time getting a job she really wanted. She worked as a substitute teacher and a tax collector’s helper in her hometown, but she always wanted to leave and go to the city to accomplish her dreams. She believed things would really be better for her in the city. She thought that she would get the kind of job she always wanted and make the kind of money she'd dreamed she would have. Silver Lay wanted very much to be able to take care of her small family. She wanted to live the American dream by getting her a decent job, but obstacles were always present. She struggled through many of her obstacles until she finally accomplished her dreams. The one thing that she had left out her life was God and his grace. When Silver Lay finally reached her breaking point, she could hear something in her head saying, "Try God." She went into her closet and cried out to God, and he came to her rescue. She was so glad that he did. Now, with the help of God, she was back in control of her life.

April Uphold enjoys reading, writing and sewing. She is a church board member and a Sunday school teacher at her local church. In her spare time, she enjoys gardening. She is the mother of two children and the grandmother of ten.