The Case Against Moral Atheism

When Living by the Golden Rule Makes No Sense 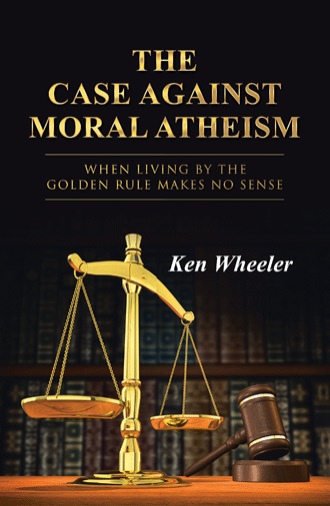 "You can be an atheist who is happy, balanced, moral, and intellectually fulfilled."
—Richard Dawkins

Without a righteous God who defines morality, it is not logical to live within moral guidelines and a reasonable, open-minded, rationally thinking person should not live as if it was. Obviously millions of Atheists live moral lives, even treating others according to what is commonly called the “golden rule”—do unto to others as you would have them do unto you—but is it possible for millions of people to be living in a way that is illogical? Atheist author, Professor Michael Martin thinks so. According to Michael, in his book The Case Against Christianity: Christianity has more followers than any other religion in the world today. However the importance of a religion measured by the number of its followers and the scope of its influence doesn’t make its doctrine true. 1.6 billion people can be wrong.(1) The ‘New Atheist’ Sam Harris simply asks, How is it possible so many millions of people believe these things?(2) Using Professor Martin’s logic regarding numbers and influence, isn’t it logical to believe that millions of morally living Atheists could be wrong as well? If God does not exist, is it reasonable to live moral, respectable, caring lives? Nigel Brush concludes, "If all knowledge is subjective and culturally biased, then critical theorists and other special interest groups have no more solid ground upon which to stand than the worst bigot; they are simply promoting their own biases. Concepts such as scientific and nonscientific, truth and falsehood, objective and subjective, sacred and profane are all equally meaningless. All of these so-called philosophical debates about cultural, historical, and literary bias degenerate into nothing more than a naked struggle for power with no moral high ground whatsoever. In such circumstances, the strongest and most aggressive are usually the victors. Darwinian survival of the fittest becomes social reality."

Atheists like Christopher Hitchens, Sam Harris, and others, claim that science has the answers to everything and there is no need for a Creator who dictates the rules to man for we humans are simply a highly evolved “process of mutation” with a conscience. Based on those beliefs it does not take a scholar to come to the conclusion that morally based Atheism is neither logical nor reasonable. If man is the ultimate rule maker, then why are one man’s rules more right than another man’s rules? If we are simply products of a Darwinian, evolutionary process, who are we to morally judge anyone else for anything?

Some common arguments for moral Atheism include:
-we don’t want to pay fines, get sued, or go to jail.
-for the common good or “well-being” of society i.e. to get along with other animals in the human jungle (kind of like Herbie the caring lion)
-every society since the beginning of the history of man has had morally based laws against things like rape, murder, and personal injury. (This is my all-time favorite because it mimics the corporate rule, “No one really knows why we do it this way, it’s just the way we have always done it”.)
The problem with many of these types of arguments is that they do not tend to cover simple, everyday moral choices like lying to your boss about why you were late, cheating on a test, or stealing five minutes from work by leaving early. The Atheist always seems to jump to the ‘big’ crimes against society like rape, mayhem and murder. Why is that? Because those crimes are more shocking than simple white lies and, relatively speaking, few of us are rapists and murderers. We tend to excuse what we do and condemn those things we would not or do not do. “Everyone knows that murder and rape is wrong” says my Atheist friend. But why are those activities wrong? What is the standard being used to determine that and who made the standard? Responders usually go off on a rant about getting along in society and talk about the social structure of chimpanzees, birds, bees, and butterflies in the lower animal kingdom as if to prove without question that we are, as mentioned earlier, simply products of an evolutionary process. In other words, they jump to their presupposed conclusions and find comfort in their circular arguments just as they accuse Christians of doing.
Q-Why is rape wrong?
A-Because it’s always been wrong in society.
Q-But WHY has it always been wrong?
A-Because we all know that it is.
-Nonsense.

But what about those daily interactions with others in society i.e. simple, little, everyday, moral ‘glitches’? Why is it wrong, for example, for a retail clerk to steal a couple of dollars out of the cash drawer if they do not have enough money to pay for their child’s baby-food? Why is that survival technique wrong in the human-animal kingdom? Why is it immoral if a married woman has a boyfriend when her husband is out of town? If the woman is able to manipulate her world to serve her own selfish interests, why is that morally wrong instead of intellectually clever or simply natural instinct? Who decided that this type of behavior is not the way an advanced, thinking, reasonable, human should behave? According to Atheists and Darwinists we have evolved into who we are now from slime pools over millions of years, so how do they know that a hundred or a thousand years from now spouses who do do not cheat will not be thought of as immoral or maybe even stupid?

What if you decided, today, that God did not exist? Would that change your morality? Would you still turn in an honest tax return? Why? If you are a single mother having a difficult time making ends meet, would you steal from the cash drawer at work to buy food for your baby? Why not?

If an adult decided to prey on young children, why would that be morally different than a crocodile feasting on a baby monkey at the watering hole in the jungle? Why has the law of the jungle changed just because the jungle is now Wall Street and the Internet?

If humanity evolved from primordial slime pools, who gets to declare that the pedophile is a criminal and the croc is just functioning according to his evolved DNA?

Why should a person adopt moral values if he believes a Creator God does not exist? Does the “Chaos Theory” provide an answer to that question or is it just an attempt by the Atheist to fill in the blank with “anything but God” while avoiding the obvious and logical challenges produced by the concept of a Godless morality?

The Case Against Moral Atheism challenges anyone who does not believe in a moral law-giver above mankind to consider why they should live moral lives if this life is all there is.

Ken Wheeler’s journey into historical Christian evidences and apologetics began three decades ago. His studies eventually led him to the “New Atheists” and the philosophical challenges of moral Atheism. He has been in the retail business since 1981 and currently resides in Bakersfield, Ca.