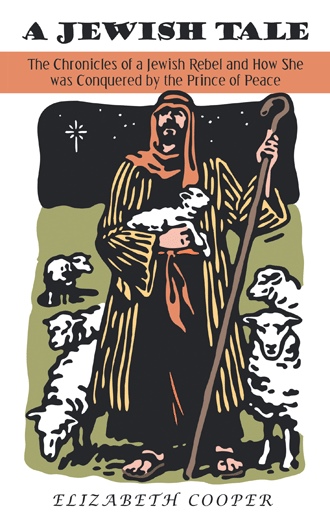 My parents were second generation Jewish Americans. In the early twentieth century, their parents came to the United States from Russia and Poland. They went through the formidable experience of being processed at Ellis Island, as new immigrants to the United States of America.
Both my parents grew up in Brooklyn. My father’s parents were Orthodox Jews, following closely to religious traditions; while my mother’s family was Conservative, not adhering as strictly to religious practices.
Soon after my parents were married they moved to Rockaway Beach, a seaside community in Queens. Not long after moving to Rockaway, a friendly neighbor invited my parents to visit her Reformed temple. They went, liked the people they met, and chose to become members.
Thus, I grew up in a Reformed Jewish home. In temple the men and women sat together; the services were mostly in English; the men didn’t wear yamulkas (head coverings); and the families didn’t keep kosher dietary laws. From a religious point of view, we believed in the Ten Commandments, and Almighty God, who may have personally intervened in people’s lives in Old Testament days but not in modern times.
Fear was an underlying presence in our home growing up. Fear of the world at large; fear of differences; and a fear of anti-Semitism. Consequently, my family lived in a mostly Jewish neighborhood, and my sister and I went to predominantly Jewish schools. We felt safer with the familiar.
My family was active in our temple. When I was young, my mother served as a volunteer Sunday School secretary. Later, she went on staff as the temple bookkeeper for many years.
As a child, I was also involved in various temple activities. I participated in Purim parades where the children dressed up in costumes depicting the characters from the book of Esther. Then during Passover I went to see the Rabbi conduct a model Seder, the ceremonial Passover dinner, where he explained the symbolism of the different elements on the Seder plate At Hanukkah I would sing songs that retold the stirring story of the great victory of the Israelite, Judah Maccabee, over the occupying Assyrian army
Not only did I participate in celebrating the Jewish holidays, but every Saturday morning from the time I was six, I sang in the religious school choir which accompanied the Rabbi during the Sabbath morning services. This involvement in temple life gave me a strong identification with my Jewish heritage, and added color and rhythm to an otherwise typical, middle-class American childhood of the 1950’s.
By far, the best part of growing up in Rockaway was the summers at the beach, where I’d be transformed into a water sprite.
Almost every summer morning, we would pack a bag with our lunch, towels and sunscreen, and hike the “three” long blocks to the beach. Upon arrival, after spreading our blanket on the sand, and laying everything else on it, I’d run down to the water and stay there for the rest of the day, except when hunger pangs could not be ignored.
Most of the hours at the ocean were filled with jumping waves, or later when I got older, body surfing—riding the waves into the shore on my stomach. It was an exciting challenge trying to catch the crest of a wave at just the right moment. For a change of pace, my friends and I would make sand castles by packing sand higher and higher, then dribbling wet sand between our fingers to make delicate spires.
Being at the beach on those steamy, hot days was a great way to spend my summers. Back then, I thought most kids did the same thing. Later I realized those days at the beach had been a great privilege.
For recreation at other times of the year, I enjoyed practicing my roller skating skills. I was a sight skating around and around in circles, trying to emulate the stars I saw in the Roller Derby matches on TV.
When there were enough kids to play, my neighbors and I would get a game of punch ball or stickball in the street.
On my block, the children of the Jewish families and Irish families played together freely. However, I, personally, felt there was a wall of separation between us. I was reacting to the statues of Mary or the Holy Family my Irish neighbors had on their lawns. From my Jewish upbringing, I was familiar with the commandment about not having any graven images before you (Deuteronomy 5:8). As a child, I assumed my neighbors worshipped these statues which in my eyes made them idolaters and, therefore, lesser people.
It took some years for that wall of prejudice against my Irish neighbors to come down. It occurred when I was about twenty.
On a sunny, Saturday afternoon, I went to see a baseball game played among a bunch of fellows (Jewish and Irish young men) from the neighborhood. After the game, we all went for some refreshments.
As we enjoyed socializing, I realized that the Irish young people were just like me! What an eye opener and a freeing experience: a wall of prejudice had come down.
About that time, I was teaching kindergarten in the temple’s Sunday School. One Sunday morning, we were learning about Joseph and how he had interpreted Pharaoh’s dream concerning the seven fat cows (seven years of prosperity), and seven lean cows (seven years of famine). The story quickened something in my heart. I went to the Sunday School principal and asked him how Joseph was able to explain the dreams.
His reply was, “Well, you know how psychiatrists like Freud interpret dreams. Joseph had similar abilities”.
His answer was significant to me because, subconsciously, it was then that I knew, I had to seek elsewhere, (other than my Reformed Jewish background), for the answer to life’s mysteries.

Can you know God; and how would that relationship impact your life?
A Jewish Tale is a saga of an American Jewess’s life, which spans from her birth in Brooklyn at the end of World War II, through the great cultural upheaval of the 1960s and ‘70s to the present.

Moving to the West Coast in 1970, Ms. Cooper lived in communes in the San Francisco Bay area, and was very much a participant of the counterculture. During that turbulent era, she began asking such pivotal questions as, “Can you change society to make it more equitable for all?” And, “Can you know God; and how would that relationship impact your life?”

Follow Ms. Cooper’s quest for the answers to her probing questions. Read the account of how this Jewish woman had an encounter with the God of Israel in a most unexpected way.

Elizabeth Cooper is a retired special education pre-K teacher. She has lived on both the East and West Coasts. Ms. Cooper is an avid reader of historical fiction. She enjoys boating with her husband and two-year-old Rottweiler, Gracie, on Long Island’s South Shore bays. She has two grown children.