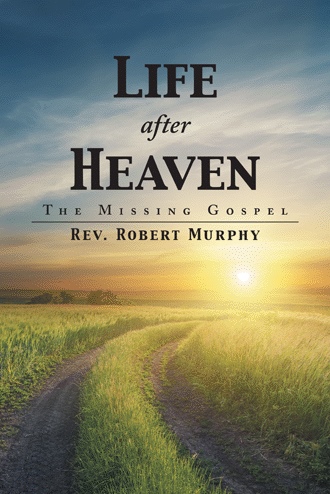 Where is heaven? This simple question would likely generate a lot of quizzical looks. Most would probably say that heaven can’t be located. Whatever people think about heaven’s location, it’s anywhere but near and certainly not here! The New Testament paints a different picture. Jesus came proclaiming that the Kingdom of God was at hand, meaning that heaven had broken into our world with his coming. Mark 1: 14-15 reads, “Now after John was arrested, Jesus came to Galilee proclaiming the good news of God, and saying the time is fulfilled, and the kingdom of God has come near, repent, and believe the good news.” The great majority of New Testament scholars agree that the breaking in of the kingdom was at the heart of Jesus’ preaching and teaching. The unannounced truth is the kingdom of Heaven is with us now. Since the kingdom is wherever Jesus is, and Jesus is with us now, then the kingdom is as close to us as our breath! Granted his is a hidden kingdom. Like Jesus, heaven is here but out of sight. The presence of the Kingdom with Jesus was not perceived by his first disciples either. But after the Holy Spirit was given, Paul declared, “He has rescued us from the power of darkness and transferred us into the Kingdom of his beloved son” (Colossians 1: 13). Ephesians 2: 6 reads; “And raised us up with him and seated us with him in the heavenly places in Christ Jesus.” Obviously Paul was alive when he penned these verses but he perceived himself as already in the heavenly dimension with Jesus. Somehow he was alive in both worlds at the same time. Few understand that the Kingdom of Heaven is with us. It’s true that the kingdom of heaven is another stage beyond this life that awaits us when we die. But it is also present with us, and we can enter it now. Contrary to popular belief, we don’t have to physically die before we can enter the kingdom of heaven! Being born again is necessary both to become a Christian and to go to heaven for contemporary evangelical Christianity. Jesus saying to Nicodemus, “Very truly, I tell you, no one can see the kingdom of God without being born from above” (John 3:3), is the primary text for this belief. Nicodemus misunderstands and so asks, “How can anyone be born after having grown old? Can one enter a second time into the mother’s womb and be born?” Jesus answered, “Very truly I tell you no one can enter the kingdom of God without being born of water and Spirit” (John 3: 4-5). Jesus then compared the new birth to the wind that blows where it chooses, but we don’t know where it comes from or where it goes. He says this is the way it is with everyone who is born of the Spirit. Astonished, Nicodemus asks, “How can these things be?” Apparently surprised by his question, Jesus answered him, “Are you a teacher of Israel and yet do not understand these things? Very truly, I tell you, we speak of what we know and testify to what we have seen; yet you do not receive our testimony. If I have told you about earthly things and you do not believe, how can you believe if I tell you about heavenly things?”(John3: 9-12). In this exchange Jesus makes it clear that he is talking about what he had seen on earth! He’s talking about earthly things, not about heaven. He’s talking about entering the kingdom now, not about going to heaven when we die! As a leader, Pharisee, and teacher of Israel, Jesus expected Nicodemus to understand these things, but he didn’t. Like Nicodemus, those who are born again rarely perceive the kingdom’s presence even if they’ve already entered it. When I experienced being born again in 1972, it never entered my mind that I had entered the hidden kingdom of heaven! In my world heaven was universally understood to be beyond this world and was only entered at death. The possibly of entering the kingdom then never occurred to me. All nature was alive and aglow with his Holy Spirit. But I had no idea that I was seeing what Jesus had expected Nicodemus to see - the presence of the kingdom! We are not told whether Nicodemus continued to misunderstand or not. But there’s an abundance of misunderstanding in our pulpits and pews. Jesus did not say everyone who is born again will recognize the presence of the kingdom. But Jesus did mean that only those born again can both enter the kingdom now and perceive heaven’s presence with us. No doubt many heirs of Nicodemus still ask “How can these things be?”

This book is about the missing gospel, that portion of the gospel the church has lost sight of; the biblical gospel currently not being taught or preached. It’s about hope found in Scripture but missing today. Heaven’s purpose, the joys we will know there, and the glorious future arriving soon. Salvation’s final chapter, written by God and disclosed in Scripture. It’s about the uniqueness of Jesus, what he’s done for us, and what he will ultimately do for God. The joy that was set before him that enabled him to endure the cross, and hell’s possibilities now that “the gates of hell cannot prevail against us.”

It’s about God’s purpose in making us “one with Jesus” and the power of prayer to make us “fellow heirs with him of all things.” It’s about life when “God’s will is done on earth as it is in heaven,” our service in the coming kingdom and those we will serve. Discovering this missing hope alerts us to the dangers in the counterfeit gospels popular today. You will see that even if we were to gain the whole world, it would not compare to “life after heaven.”

"Thank you for the opportunity to edit "Life After Heaven."

Comprehensive, insightful, and unflinching, your impressive analysis of Scripture and your keen understanding of faith, especially in light of the gospel and prayers from the New Testament, will undoubtedly touch the hearts and stir the minds of countless believers for years to come."

Rev. Murphy received his Master of Divinity degree from the Candler School of Theology at Emory University and is an ordained Elder in the United Methodist Church. His forty-year career in the ministry includes serving both large and small churches and eleven years as executive director of a retreat/counseling center. He is a charter member of the American Association of Christian Counselors and currently executive director of Broken Vessels Renewal Ministries.