The Douglas Files: Book One 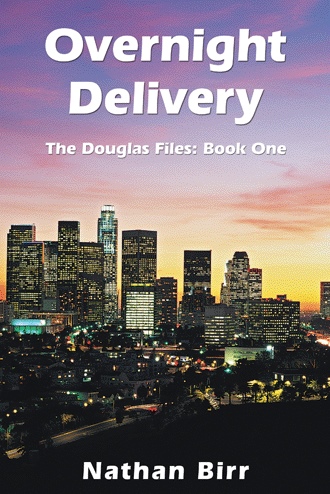 Jackson rolled to his feet and came up in a crouch, reaching for his gun. He was too late.

Sanders appeared in the cabin stairway, gun drawn in his right hand, his left shoulder sagging and bleeding profusely. His face was gray and his eyes wide. How he was still conscious Jackson had no idea. And at the moment, no concern.

Jackson dived to the side as several shots spit into the deck of the boat. He rolled behind the galley counter and looked up to see a small fire extinguisher attached to the side of the counter. He ripped it off the hook, pulled the tab, and began spraying in the general direction of Sanders.

Foam and steam mixed, creating a blinding fog. Jackson peeked around the counter, heard a few shots, and ducked down again. He dove left and sprayed from that side of the counter, hoping to draw more fire. And hoping said fire didn’t hit the engine and blow up the entire boat. He also hoped Leroy had taken cover on his houseboat, which floated fifty feet to stern.

While Sanders was momentarily distracted, Jackson scampered around the right side of the counter and popped to his feet. He unleashed another spray of foam and smoke while running in the general direction of Sanders. When he saw him through the mist, he swung the fire extinguisher, aiming for the gangster’s head. He missed, connecting instead with his shoulder. His left shoulder. His bleeding shoulder.

Sanders’ howl of pain woke the valley. He fell to the deck, and Jackson slipped in the foam. He slid once before rising to his feet, again reaching for his gun. Somehow, despite the pain, Sanders had risen, his gun still in hand.

Like in the movies, the mist in the air seemed to separate, giving Jackson a clear view of his target. He squeezed the trigger, and felt the small kick as his Glock discharged.

One pull of the trigger.

California PI Jackson Douglas intends to sleep half of his thirtieth birthday away. After all, it’s just another painful reminder of the tragedy his life has become, and avoidance seems to be the only coping mechanism that works.

But plans change when Jackson is contacted by his neighbor Connie and a valley girl named Shay, both of whom want to hire him. He reluctantly takes their cases, and while both seem harmless enough, he can’t shake the feeling that things are not what they appear.

Jackson’s ambiguous misgivings finally begin to take shape when Shay disappears. Jackson spends a hectic night chasing across Los Angeles, using every resource available to help Shay while simultaneously seeking to unravel the elusive truth about her identity. The search thrusts him into a decade-old feud between rival LA gangs, repeatedly putting his life in danger and forcing him into decisions that could change his life forever. Only when morning breaks does Jackson realize his cases are intertwined, leading to a showdown with a gang leader while everyone’s life hangs in the balance.

Nathan Birr has been writing since he was a child, creating stories that he wants to read. When not writing, he enjoys spending time with his family, traveling, and watching Cornhusker football. Nathan lives in Sheboygan, Wisconsin, with his wife, Sierra. www.nathanbirr.com