In Defense of the Cross of Christ

For Many Walk, of Whom I Often Told You, and Now Tell You Even Weeping, That They Are Enemies of the Cross of Christ 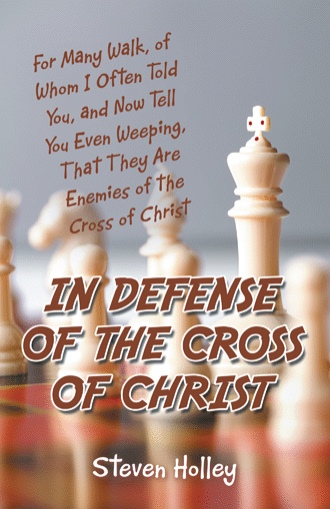 What Are The Consequences Of Compromise?

Compromise is overlooking the tiny crack in a car's radiator until the leaking water eventually causes the engine's internal parts to seize together in a mass of useless metal, bringing the car to a complete stop. Just as the "Columbia" spaceship and seven lives were brought to a destructive end by overlooking the integrity of an "O" ring, compromise will also silently kill the most powerful Christian ministry.

With a modest but inspired beginning in the small town of Cluny, France, an institute in Christian life principles was founded in the year 909. Because of the high standards of personal sacrifice and holy discipline adopted by its first leader, Berno of Baume, this ministry would come to exemplify The Power of the Living Church!

God blessed the scope and depth of this ministry as it became a strong influence to many churches throughout Europe and England. In the 11th and 12th centuries the ministry focused on the contrast between God's methods and church abuses by encouraging church leaders to put away iniquity, especially simony. (See Ac 8)

However, as the organization grew, the original high standards of personal sacrifice were compromised. Simplicity gave way to sophistication. Discipline gave way to convenience. Obedience gave way to reluctant submission. Seeds of iniquity were being sown in a garden of love. Attention turned to the splendor of Romanesque architecture, to the refined procedures of worship, to the highly sophisticated methods of ministry, and to the urgency of doing many wonderful works.

Some people, observing this "mystery of iniquity," asked what is happening? What could be compared with the awesome growth of this organization? Is there a parable for it? "It is like a grain of mustard seed, which, when it is sown in the earth, is less than all the seeds that are in the earth: But when it is sown, it groweth up, and becometh greater than all herbs, and shooteth out great branches; so that the fowls of the air may lodge under the shadow of it." (Mr 4:31-32, see Mr 4:4,15)

Nevertheless, by the 12th century, the church at Cluny became the largest church in all the world of Christendom and the cultural power center of Europe.

Its powerful influence even extended into matters of jurisprudence and grew mightily until the 16th century. Then came the test that revealed what had become hidden character flaws of this mega-ministry. Using the strong winds of adversity during the French Revolution, God tested the self-reliant "plouteo" hypocrisy that had developed in the organization. Because of compromises and contradictions, its weakened spiritual structure completely collapsed.

Like the church of the Laodiceans, this once disciplined, obedient, faithful, holy, and powerful ministry became abandoned. Having "need of nothing" they became nothing. At first the organization's magnificent but uninhabited buildings were pilfered and vandalized - a picture of its compromises. Then the very stones were used in new buildings, and a hotel and trade school rests over its foundations today - a picture of its contradictions. "... and the rain fell, and the floods came, and the winds blew and beat against that house, and it fell; and great was the fall of it." (Mt 7:27)

Do You Want God's Best ?

Many times the dreams of false prophets come packaged as "church growth plans" - wrapped with bows of deception and ribbons of contradiction. One illustration of how church leadership is approaching "Critical Mass" was revealed in vividly explicit language during a pastors meeting I attended. The pastor-leader of the group was conveying his plans to accelerate proposed church growth. It was made to sound exciting, justified, and what the Lord wants.

However, his plan revealed to me serious scriptural compromises. I was prompted to find out if that is what the Lord wants - Scriptural compromises. When I had the opportunity to ask questions about his plan, I focused intently on the compromises. He became increasingly uncomfortable as I was determined to arrive at the conclusion that the plan's premise supported. Although I was the least in position at this meeting, it was one of those times when the promptings of God's Spirit was insistent and unmistakable. Like David "I was dumb with silence, I held my peace, even from good; and my sorrow was stirred. My heart was hot within me, while I was musing the fire burned: then spake I with my tongue." (Ps 39:2-3)

I have sensed many times that Christians have concluded that comfort is more to be desired that truth. Nevertheless, through the process of questions he finally burst forth with this spontaneous confession: "I know this is NOT GOD'S BEST!" Difficult as it was, at least now the ugly contradiction was on the table. With one last question, I asked: "DO YOU WANT GOD'S BEST?" There was total silence. This pastor-leader did not answer. He literally would not or could not speak. I could hear muffled lamenting from the other pastors.

Many prefer God’s best but I have found very few Christian leaders that really want GOD'S BEST from conviction. It seems abundantly clear that it is literally impossible to embrace Scriptural compromises and convincingly say at the same time "I WANT GOD'S BEST." Christians find themselves in a dilemma when God reveals their contradictory attitudes that have come from clinging to worldly philosophies. "And Elijah came unto all the people, and said, How long halt ye between two opinions? if the LORD be God, follow him: but if Baal, then follow him. And the people answered him not a word." (1Ki 18:21)

Who are enemies of the cross, and who are defenders of the faith?

In Defense of the Cross of Christ is a wake-up call to sleeping Christians who keep hitting the conviction snooze button of God’s command for obedience and holiness through His grace that compels us and equips us to personify Jesus in selfless love.

In Defense of the Cross of Christ is an uncompromising warning to church leaders who have invaded the church with humanistic thinking and become stumbling blocks for babes in Christ while deceiving others to follow their pernicious ways of iniquity and to rejoice in it.

Over a decade in preparation, In Defense of the Cross of Christ is now ready for you. The question is, are you ready for it?

“I know of no other current author who addresses the issue of iniquity among the body of Christ as clearly and concisely as it is dealt with in this work. Just as importantly, I testify that the words written have the testimony of the Spirit by the demonstration of a life lived by the principles here taught.”

“With passion and conviction, Steven has presented an excellent defense of the cross. Through Scripture and his insight, the reader is drawn to move away from elementary teachings of Scripture and toward deeper water by allowing the love of Christ to guide every decision of their lives. In Defense of the Cross of Christ is intended for slow digestion so the reader may obtain the full nutrients it contains.”