A Close Look at Challenging and Misunderstood Issues Christians Face 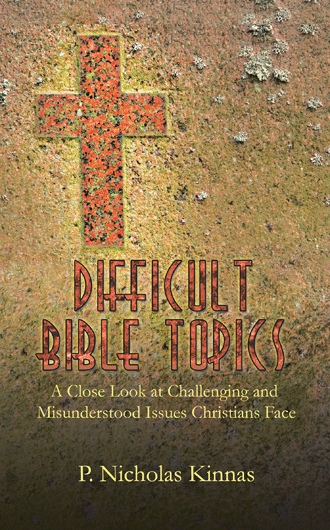 Several years ago I was listening to a Christian radio program, and one of the callers, a young woman from what I could tell, said she was divorced and had been told she couldn’t remarry, unless she returned to her former spouse. Because of the circumstances, that wasn’t going to happen. Soon she began sobbing and told the radio pastor that the thought of living single the rest of her life was unbearable. She told him that she wanted to be married again—not for the sex, but for the companionship. On an earlier episode, the pastor had expressed his thoughts on divorce. He, too, believed, that a divorced Christian must not remarry, unless the spouse committed adultery or the spouse was unbeliever who wanted out of the marriage. These “Biblical grounds” for divorce did not apply to the young woman who called in. The pastor told her to stay on the line, so he could talk to her after the show. I don’t know what he said, but I was worried about what he might say and my heart went out to the young woman.

Is Divorce the “Unpardonable Sin?”

There are two instances of the so-called Biblical grounds for divorce: 1) a spouse is unfaithful (Matthew 5:32) and 2) an unbelieving spouse leaves the relationship (1Corinthians 7:15). In either case, it is “permissible” for the innocent party to remarry. Most Christians would agree with this, but what about other circumstances that lead to divorce? Can a divorced Christian remarry, no matter what the reason was for the divorce, or is divorce an “unpardonable sin?” There are two ways to look at this question. 1) Divorce is sin or 2) Divorce is not sin, but a legal matter. The most common way to look at divorce is that it’s sin, so we’ll start with that. If divorce is sin, then the answer to the question is simple. Yes, a Christian who is divorced may remarry, and the reason for the divorce doesn’t matter….

Can any divorced Christian remarry, or is that the unpardonable sin? Is everyone required to be an evangelist? Are we once-saved always-saved? Should Christians go to war? Is it okay for Christians to complain or file grievances at work? Do the spiritual gifts still exist today? Difficult Bible Topics can help you through these and other challenging issues. Experience the blessings God has for us through a clear understanding of His Word. ~P. Nicholas Kinnas

P. Nicholas Kinnas has taught adult Sunday school and Bible studies for several years. He holds a master’s degree in curriculum and instruction with an emphasis in reading, along with an undergraduate degree in humanities/English. As an associate professor, he teaches all levels of college reading. He and his wife, Jeanette, live in New Mexico.