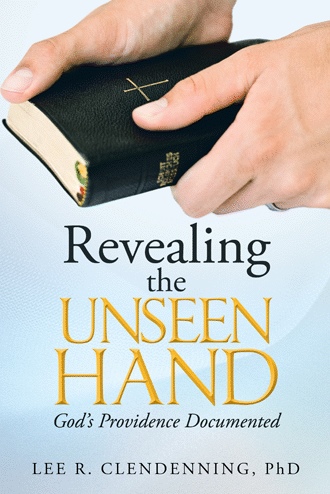 “Before I formed thee in the belly I knew thee; and before thou camest forth out of the womb I sanctified thee . . .” (Jeremiah 1:5a)

On October 6, 1940, Mother travailed with me as the small town doctor and his assistant made their way to our home. The doctor was surprised at the call because he had assumed that I had already arrived without his assistance. On the only prenatal visit in late August, he had told my expecting parents that Mother could safely deliver at any time. According to Dad’s account, the doctor explained that the new procedure of induced labor allowed much greater freedom in the timing of deliveries. Since the doctor was planning a late summer trip into New York’s Adirondack Mountains, he gave them some pills to take home with them. He specifically warned them not to take the pills until the next day. Dad was a practical, hard-headed New England farmer who believed that birth was a natural process. Mother and Dad had experienced the five previously successful home births of my sisters, Dawn, Ruth, Rita, Sylvia, and my brother, Andy. Dad threw the pills into the wood-burning cook stove. Years later, Dad would chuckle wondering how long the doctor anticipated his call. Over six weeks later, the doctor finally got that call. Fifteen miles on the old unpaved roads took a while back then, but the Lord got him to us in time to untangle the umbilical cord from around my neck. He saved me from immediate death or a life of brain damage due to the lack of oxygen. Home births had such hazards. Mother was openly proud that she had not lost any of her children.

When I was a creeping baby, my life was saved again. Early in my parent’s marriage, Dad started construction of a small home in the bottom of the valley on the farm homestead. By the time I was born, it was an unfinished shell accommodating a kitchen, living room-dining room combination, the promise of a future bathroom-laundry facility, and quite open family sleeping areas in an attic space. As a part-time blaster, Dad kept black gun powder and dynamite on the property. Somehow, gunpowder had gotten spilled onto the floor of the house without being noticed. As was her common practice, Mother dumped the floor sweepings into the fire in the stove. The explosion set fire to Mother’s clothes and nearby interior wall surfaces. My oldest sister, Dawn, was home that day. She immediately ran to get Dad who luckily was working with the old tractor in the closest field across the creek. While my siblings scattered outside, I was trapped in a small crib. A neighbor with a team of horses happened to be passing by when the explosion occurred. The neighbor entered the flaming house and carried the crib, with me in it, out across the creek. Dad’s old tractor was prone to overheating, so Dad always carried a water pail with it. He scooped up water as he came across the creek. The neighbor helped Dad put out the fire with another water pail.

Mother was temporarily blinded and burned badly around her face, right breast, upper arm and shoulder. There was no 911 service in those days. Dad rushed Mother to Memorial Hospital in Cortland, New York, approximately twenty-five miles away, as fast as a vintage 1920’s vehicle could go. For a number of weeks, I was cared for by my Aunt Marion (Perry) Haskins, Mother’s sister, in De Ruyter, New York, while Mother fought the inevitable infection. Though only ten years old, Dawn supervised the rest of the children at home. Many times, Mother mentioned how pleased she was that I recognized her and started creeping right for her when she was finally able to come for me.

As I reflect on the orally reported recollections from my parents and siblings about my birth and the gunpowder blast, I have always marveled at how close I came to not being here. Those events, many less life-threatening experiences, and my survival of a botched heart by-pass operation in later years, have convinced me that God does have a plan and purpose for my life. I am still attempting to follow that plan as best as I can discern it.

God does have a purpose and plan for the life of the person trying to be an obedient follower of Christ. His unseen hand is always working in the background to fulfill the scriptural promise that “All things work together for good to them who love God.” Revealing the Unseen Hand—God’s Providence Documented is an inspiring testimony of this truth throughout a lifetime of career preparation, service, and marital blessings.

Revealing the Unseen Hand—God’s Providence Documented is the testimony of a poor farm boy who, through faith and the help of God, overcame personal and financial difficulties, married his childhood sweetheart, and together launched a career of Christian service and academic success. The journey is described as a series of life situations in which the unseen hand controlled immediate and long-range solutions through interventions, revelations, divine appointments, and miracles. The journey included service as an American delegate on a People-to-People tour of European nations and the former USSR, as well as the leadership of a scientific exchange behind the bamboo curtain of the People’s Republic of China. Over fifty years of a God-blessed marriage and the raising of two fine sons are also described. The firm commitment to the truth that, “All things work together for good to them that love God” is reinforced.

Raised on a subsistence family farm in upstate New York, Lee Clendenning won an academic scholarship to begin his career. He married his high school sweetheart, who has been a help mate in academic and Christian service for over fifty years. They have retired and live near Rome, Georgia. They have two sons and two grandchildren. They co-teach a third-grade Sunday school class. He enjoys woodworking.