Girl of the Harbor Series 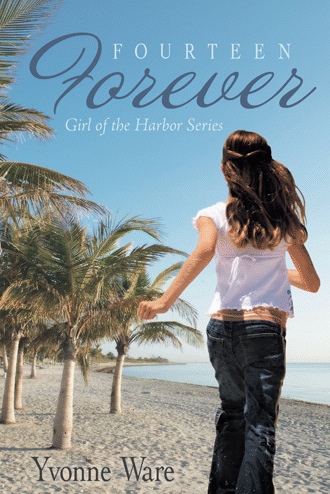 "Lindsey!" Stacey screamed, afraid that her best friend was injured.

"Zee!" Tommy called to his big sister from inside the fenced yard.

The arm of the stranger reached down and pulled Lindsey up carefully from the metal mess. "Are you alright?"

Lindsey brushed herself off then lifted the bike onto its wheels. The crash smothered her anger and fear. She tried to focus on the stranger but was still dazed.

"It's you," she stated softly as she looked the stranger in the face. Then she melted as all energy and concentration left her control.

The stranger caught Lindsey before she fell to the ground. He carried her past the gate towards the house.

Something exciting was going to happen; Lindsey just knew it. She had dreams, plans, and schemes for the year ahead. Shortly after her fourteenth birthday, her plans fall apart. Lindsey faces challenges and temptations she never considered. She receives a nickname from the guy she’s crazy about and steps into her first romance. As Lindsey becomes Zee, she finds hope in the unexpected, leaving her childhood behind in the uncertain 1970s.

“It wasn't like Zee to stand in silence. She usually preferred movement, motion, and conversation. She had never allowed the sound of her breath or her beating heart to speak above her voice. Perhaps it was his hand holding hers that settled her spirit; perhaps it was the warm, humid air or the fragrance of the night-blooming jasmine. She had spent many evenings on the screened patio, but she had never stood here before.”

Yvonne Ware has completed three novels—Fourteen Forever, Autumn’s Fortune, and Just Moon Shadows—all part of the Girl of the Harbor series. In her teens, she and her family moved to beautiful Charlotte Harbor, on the Gulf side of Florida. The surrounding towns, beaches, and harbors became the inspirational backdrop to the adventures of Lindsey and her friends.

Yvonne and her husband are proud parents of four grown children and are blessed with nine grandchildren.

Yvonne has attended Edison Jr. College and Bethel College. She homeschooled for eighteen years and has taught language arts at a private school. She continues to write as she enjoys the scenic pleasures of the Sunshine State and her loving family.