A Prophetic Journey through the Book of Genesis 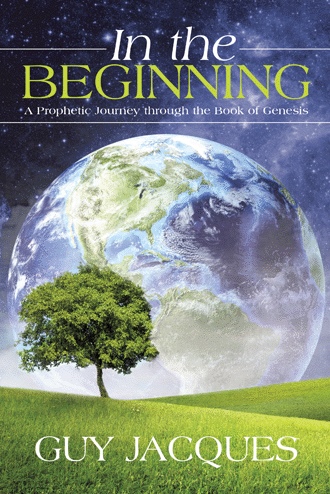 7 Then the LORD God formed a man[a] from the dust of the ground and breathed into his nostrils the breath of life, and the man became a living being.8 Now the LORD God had planted a garden in the east, in Eden; and there he put the man he had formed. 9 The LORD God made all kinds of trees grow out of the ground—trees pleasing to the eye and good for food. In the middle of were the tree of life and the tree of the knowledge of good evil.

The Birth of a Man: Verse 7

In starting our investigation, we are going to begin with a basic look into the affairs that surrounded the beginning of creation. Here we have the written account of God creating the first man in the entire history of the human race. The body that the first man (Adam) possessed was formed from the dust of the ground. The Lord breathed into his nostrils the breath of life. In doing so, the Lord put a unique spirit into the man, a spirit created in the image of God. Before the Lord breathed into Adam and gave him a spirit, Adam remained a lifeless, empty shell which layupon the earth.

But once the Lord breathed into Adam and placed in him a unique spirit (a spirit in the image of God), Adam became a living being. From this relevant detail, we can conclude that death, as we know it today, is the separation of the spirit from the body. This also leads to the understanding of why people breathe their last breath before their spirits exit their earthly flesh. God breathes life (spirit) into our bodies, and when the time comes, we exhale that same breath of life (spirit) back to God while the body returns to the earth from which it came.

The Grand Estate of the East: Verse 8

The translation you may be reading will sometimes give you a slight variation in the wording of various biblical accounts throughout the Holy Scriptures. Studying from the NIV and NKJV version, we see that although God owns all things in creation, He chose to claim the area of Eden as His own allotted land with a special focus on a garden He Himself created in the east. If you read Genesis 2:5–6, you will notice that the earth was void of all shrubs plants. There was also no rain at the time, but there were rivers watered the whole earth. He then created a garden east of Eden, He placed Adam to live and manage it. Many would argue location of the land of Eden and its garden. I don’t believe, however, that Lord would make its location a grand mystery. The answer as the whereabouts of Eden and its garden has been broadcast throughout the entire Old Testament. There are many scriptures point out us where Eden once resided. The two scriptures will share, Ezekiel 20:1–16 and Isaiah 19:24-25. In Ezekiel 20, speaks the eviction of the Jews from the land of Israel due to disobedience. He calls Israel the most beautiful of all the lands because it was the Lord who personally pruned it from the time of Eden. In Isaiah 19, the Lord makes a specific reference to Israel as His inheritance.

The location of the land of Eden is in fact ancient Israel. The garden which was in the land of Eden was located in the city of Jerusalem. When the world was barren of all shrubs and plants because man had not yet worked the land, the Garden of Eden was the only land that was worked by the very hands of God Almighty. Referencing verse 8 of Genesis 2, we receive the confirmation that God planted a garden in the eastern part of Eden and placed the first man there to work the Land. In the land of Eden, there were four great rivers which flowed and watered the land like a garden hose (Genesis 2:10-14).

This book is the first of three in a series focused on an extraordinary adventure as we discover the very heart of prophecy from the beginning as it was set forth in the book of Genesis. The very events which occurred in the first book of the Bible have in fact laid the foundation for all end time prophecy as set forth through later prophets. Without a firm grasp of the prophetic message in the beginning of time, we will build our foundation on sand. After reading In the Beginning, you will never view prophecy the same way again as you will begin to see the unveiling of many mysteries that have been long forgotten.

This book serves as a piece of study literature investigating the vast prophetic messages place in the word of God for us to learn. At the end of this book, the reader will gain profound insight into the many spiritual workings rooted in the book of Genesis and how it sets the stage for the Lord's second advent. The aim in our investigation is to spark the reader into taking on a magnificent prophetic journey of their own with the Lord and bless someone else.

Guy Jacques has been a devoted follower of Jesus Christ since February 2002. He currently serves overseas as an active duty service member in the United States Navy and has performed in various ministerial roles to include the children’s ministry, singles ministry, and operated as a military lay leader to a staff of three hundred servicemen and civilian mariners. He is married to the beautiful Valentina Buzzanca Jacques of Sicily, and they have two wonderful daughters together. He is a certified minister ordained as an End Time Prophet and operates an online ministry focused on end times events.