A Journal about a Man’s Faith-Based Journey through Grief 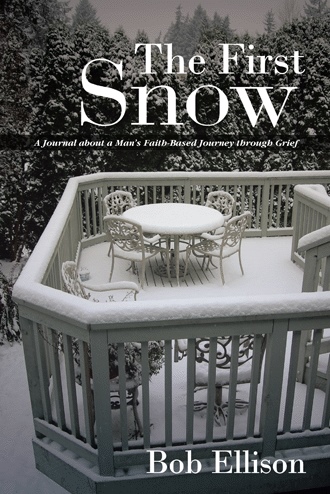 My how time has flown, and life has changed so drastically since I was first going to begin this journal on our retirement life. I should have begun when I thought to on March 29, 2010, over a year after my wife, Lou, and I retired, but my personal road to perdition has been paved with good intentions and procrastination from Day One and I didn’t begin. I was even born late. Regardless, I was going to begin writing about how blessed Lou and I were to have rediscovered the joys of prayer together, our daily devotions that we read together, to be involved in our little church together, that I was elected to the church council, and how music in the church was such a large part of my life—my relatively newly discovered passion because I was able to sing my prayers to God--how Lou was finally cancer-free again after bouts with cancer of the lymph nodes in her neck in early 2005 and with breast cancer in the spring of 2008, and that it had been one year on March 13th since we had both retired from our jobs furnishing office interiors. Life was good and we were more in love than ever!

We were in the beginning stages of planning our vacation to San Jose this year with stops in Paradise, CA to see her niece, Chris, and her family, and then to pick up Dar, Lou’s oldest sister, in San Jose before heading to Yosemite National Park. After touring the park and the gold country, we were going to take Dar back to San Jose then were going to swing up into Nevada and see Lou’s nephew, Steve, and his wife, Kelley, on the way home. It would have been a grand vacation. We were really looking forward to it.

We had tentative plans to begin our vacation the week of May 9, but it was during that week that we were told that Lou’s sore shoulder (that she had seen the doctor about in April) was caused by pressure on nerves exerted by a tumor in one or more of her vertebrae. We tentatively moved our vacation to begin on May 19 because Lou was to have a blood draw and CT scan on Monday, May 17, followed by an appointment with her oncologist, on May 18. We were hoping that we could go on vacation, have a little fun, and then begin her treatment. It’s amazing how a couple of appointments could change the course of our lives. This is the beginning of that story.

I hope all is well with you and Karen. I've loved looking at the photos of your home on Facebook.

I had to write you to let you know that Lou's cancer is back. It had metastasized in her spine in two places. She'll be getting additional blood work and CT scans tomorrow, and has an appointment with her oncologist Tuesday to see when she'll start treatment again, and what kind(s) of treatment she'll be having. I'm afraid we don't know any more than this right now. Other than some aches and pains, she's doing quite well right now.

Please keep her in your prayers.

Thank you. I don't know what else to say right now.

At 12:30pm today Lou was still in bed, not feeling well. The ‘bath lady’ from Franciscan Hospice, Tena, I believe, showed up this morning at 9:30 to give Lou a bath, and for the first time in a long time, she told me she wasn’t feeling well and wanted to stay in bed and sleep. I sent Tena away and Lou slept until almost 1:30pm, was awake long enough to take some meds, then fell back asleep. I woke her up at about 8:30pm to give her some meds and she fell back asleep within a few minutes. It was not a good day for her. She has declined so rapidly.

Last Friday, October 1, we met with a representative from Franciscan Hospice. Craig and Blake, her sons and my two oldest boys, were here at the house to hear what she had to say, too. They have a lot of programs to help terminal patients manage their pain and make them comfortable in their ‘final days.’ So, how did we get to this point? We were referred to them by Dr. Henry Otero, Lou’s oncologist. I am about to tell the story, though I am still numb from all of this. It’s all I can do to put one foot in front of the other and go on, but I must because I am my wife’s caregiver. It’s my turn now. God help us.

Nothing prepares him for the overwhelming feelings of loss, of being alone, of anger at God until that very moment is upon him. Yes, there are clinical descriptions of what to expect at the loss of a spouse, such as: You may have feelings of anger, at God or at your spouse for leaving you, feelings of loneliness, abandonment, guilt or despair. These feelings are normal. Is that all?

Yet there were no articles or descriptions of the depth of those emotions, the utter desolation of being alone after watching a spouse breathe her last breath, and how painful the loss really can be when it all sinks in, because men are supposed to suck it up, to be strong and move on.

This journal describes everything from the mundane day-to-day incidents, concerns, hopes, victories, doubts, and frustrations of being the primary caregiver for a dying wife, to the interactions between the author and his sons—his wife’s two sons that he adopted and his oldest son from a previous marriage.

It also describes the utter desolation he felt and ultimately lived through after his wife of twenty-eight years took her last breath on the morning following winter’s first snow of 2010 with only him at her side.

A Note about the Author:

Bob Ellison is new to writing but felt compelled to put his words and feelings on paper, because in all the readings he found on grief, he found nothing that showed the emotion men felt when they lost their wives to death. It was all so clinical. This is not.