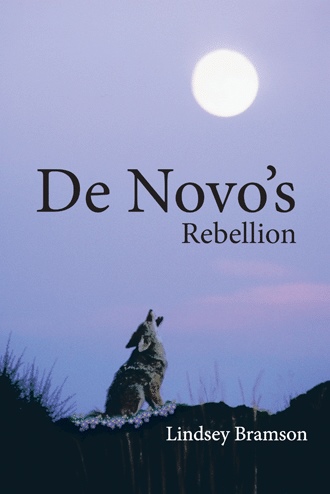 Chapter One Olivia popped a piece of gum into her mouth. She chewed intensely as she said a prayer and looked out at the scene before her. Guards stood at every entrance to the storehouse. Cameras swept the empty lot. A large, NO TRESPASSING sign hung menacingly above the main doors. And hiding in the bushes at the front of the building was a group of twelve armed and hungry teenagers. Olivia heard a sound to her right. She turned as the head Hunter, Rico, knelt down beside her group. He was wearing some sort of hunting outfit consisting of a long sleeve forest green shirt with black military pants, boots, and a tan shooting vest that was different from the black bullet proof ones that Olivia and the rest of the Gatherers wore. “Alright, Bray counted six guards at the doors, and six more in back,” he said. “We don’t know how many are inside, if there are any at all. We’ll be giving you guys plenty of cover, but you’re still gonna have to work fast.” Everyone nodded. Olivia grasped a hold of the cross that hung on a silver chain around her neck. She held it for a moment, twisting it around in her fingers, then kissed it and tucked it away underneath her vest. Rico half stood and quickly ran back to where he and his group were hiding, out of sight of Olivia and the other five Gatherers. Silence fell on all of them as they waited for their command. Out of the corner of her eye, Olivia studied the five teens who had been chosen along with her to accompany the Hunters in the weekly Gathering. There was a red-haired girl named Tamara at the other end of the line who seemed to be a little older than Olivia, maybe seventeen or eighteen. Next to her was a sandy-haired boy named Thomas who was about Olivia’s age. He had a hard set face and eyes that hardly seemed to open. His face showed full determination. Next to him were Anna and Helen, two dark skinned girls who definitely had a look of fear on their faces. From what Olivia remembered about them, their grandparents had come from the Philippines. What intrigued Olivia so much about them was that they were sisters; twins, at that. The odds of two siblings being selected for the Gathering at the same time were so slim, Olivia had never thought it would happen. Amadi, the boy next to her, seemed to be the youngest. He had brown hair and freckles, and couldn’t be older than thirteen. He obviously wasn’t younger than thirteen, since that was the age at which everyone became eligible for selection. He turned to her. “The Hunters won’t actually kill the guards, will they?” Before Olivia could answer, Tamara spoke. “No, the bullets in their guns are like gas bombs, and when they’re fired, they release a drug that makes them unconscious for a few minutes.” “But it’s not long enough,” Thomas said through his teeth. The answer seemed to satisfy Amadi, but not console him. Olivia definitely thought that he looked too small to be on this mission. If it were up to her, eligibility for the Gathering selection wouldn’t be until age fifteen. Actually, it would be nice if there were no selection process at all, and everyone just had enough to eat and didn’t have to worry about how or when they’d get their next meal, or where their parents were, or if they somehow happened to come in contact with - “There’s the signal! Let’s go!”

No parents. No power. No surrender. Welcome to Olivia Rifka’s world. A sixteen-year-old living in the abandoned school building of De Novo High, she and hundreds of other fellow orphans must survive by hiding and stealing. When a virus is unleashed on the school by the Alliance—the government intent on finding them—Olivia and a group of other defiant De Novians embark on a journey to retrieve the antidote. Unfortunately, not everyone on the journey is who they seem to be, and Olivia isn’t sure who she can trust—especially not Levi, the strange newcomer who seems oddly familiar to her. As time reveals growing hostilities and bitter betrayals, Olivia discovers that corruption is only avoided when using God’s moral standards—but is it too late for the other De Novians to discover this fact and be saved from a terrible fate?

Lindsey Bramson grew up around youth. Even before her father became a children’s pastor, she used to spend long hours helping her parents with children’s ministries at their church. When she was older, she took over teaching the middle school Sunday school class and fell in love with it. Her stories explore how God can still work in the lives of youths, even when they are desperately lost and struggling. She lives in the not-so-green Washingtonian city of Prosser, where she enjoys writing, running, and appreciating God’s blessings.