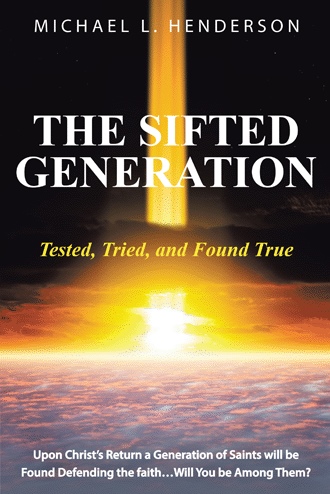 Is Jesus Sifting the Church in These Final Days?

Every generation from the ascension of Christ to the present has had to go through a form of sifting. During the days of the first advent of Christ the people were sifted by every word He spoke. The crowds, lawyers, scribes, and religious leaders either sided for him or against him. His words were like daggers skillfully placed to incise and dissect the thoughts and intents of every heart. Skillfully He separated the bone from the marrow of thought revealing to the crowds whether one had true faith in God or not. From those crowds sprang forth a band of faithful followers, many who would one day pay the ultimate price of faith—their life.

Each generation since has had to face the question of whether to continue to trust and believe in Christ or not. Is our generation any different? No. Today more than ever, God is calling Christians to take a bold stand. Our goal is to glorify God and take the gospel of His saving grace into the unfriendly world of unbelief. Our goal is to shine His light into the darkness of life uncovering the despair and futility in what the world offers. Many a soul has been ruined by the rampages that sin imparts and many a family torn apart. Even though the answer to all this suffering is found in the Lord Jesus, still, the world refuses to seek Him. Even today the metaphorical cries to crucify Him can still be heard across the globe. This is our world today…the world in which we live.

This may be the one book that will open your eyes to the biblical instruction needed to not only understand what is going on around you but why humanity is about to be sifted by Jesus more than any generation before it.

The culmination of all things is upon us. Only now, in this final generation, can we truly see with clarity the things that are about to take place. In the approaching days before the Lord’s promised return, persecution against the saints goes full-throttle. In order for us to stand strong we must understand the meaning behind it all. We must be prepared to deny ourselves and take up our cross to follow Him. Are you prepared? 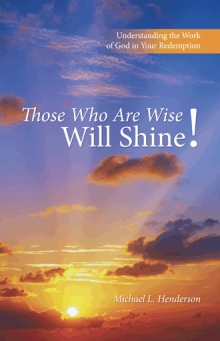 Those Who Are Wise Will Shine!
Michael L. Henderson
$19.95

Has the final end-time generation—spoken of by Jesus and the prophets—finally arrived? Could our generation be the one that is witnessing the beginning phases of the second coming of the Lord? If so, will you be one of the faithful Jesus finds when He calls His church to heaven?

In The Sifted Generation, Pastor Michael Henderson takes a unique look at the final generation from which the true church will be sifted just prior to the days of tribulation that are coming on the entire earth. The Bible tells us the times of that generation will be perilous! Blasphemies, selfishness, rebelliousness, gracelessness, slanderous hearts, hedonistic behavior, and a lack of respect for God, His church, and His commandments will rule the day. As evidenced in the social and cultural wars around the globe, it is evident that the world is already choosing its sides.

Ironically, the Bible declares that a man will arise in the last days. He will be a religious leader who will have great charisma and the uncanny ability to garner support from large sections of unbelieving humanity. Through deceptive words, promises, and the quasi miraculous, this religious leader will then persuade his followers to support one even more sinister than he. This partner in deception will pounce on the opportunity to take the reins of the world under his control.

The Sifted Generation explores what life will be like on Earth just before the Lord begins the consummation of all things. The question is: When the Son of Man comes, will He really find faith on the Earth? (Luke 18:8).

Other titles by the author are 25 Reasons to Believe, editor and co-author with Bernie Lutchman and John Snyder, and, Those Who Are Wise Will Shine! Michael also writes for the periodical, The American Church Magazine.

Michael Henderson has been writing church related articles and leadership materials for many years and it has always been one of his passions. His blog, www.truthinspires.com, has been maintained for several years and is viewed around 2,500 times a month. The blog is searchable and has nearly 200 articles to choose from.

Michael has a true heart for God and finds great joy in writing and releasing into print the convictions the Spirit of God places on his heart; He views God’s truth as something meant to inspire other believers toward service and obedience. His work is intentional being directed toward inspiring believers toward a deeper relationship to Christ.

Michael has been in some form of ministry for nearly thirty years and as a Pastor is constantly abreast of the Lord’s works in changing lives. His calling keeps him focused on outreach and the well-being and spiritual care for church-goers where he shares God’s life-changing truths.

Michael currently serves as Sr. Pastor of the historic First Baptist Church, Springfield, IL. Springfield is the state capitol of Illinois and a hotbed of activist activity. He serves with his lovely wife, Brenna, and their two daughters, Gracey, age eleven, and Mika, age twelve. The family currently resides in Chatham, Illinois.