Following Jesus through the Bible

An Overview of Jesus’ Role as Messiah 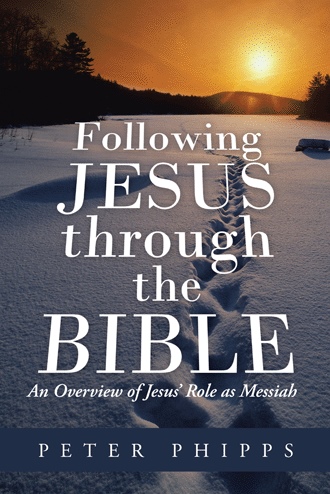 The key to our understanding of the whole Bible was provided for us by Jesus himself. On one occasion he was visiting Jerusalem for one of the Jewish religious festivals when he healed a man who had been ill for 38 years. This brought him into conflict with the Jewish religious authorities who accused him of breaking their Sabbath law. The details are not our concern, but what is relevant for us is the fact that in the ensuing debate Jesus gave us the key to interpreting the Bible. His words to them are on record: ‘You study the Scriptures, because you think that in them you will find eternal life. And these very Scriptures speak about me! Yet you are not willing to come to me in order to have life.’
Jesus was not encouraging folk to neglect the Old Testament Scriptures. They had been given by God. But clearly the point he was making was that it was not enough to study the words written down there. Like the foundation of a house, reading was necessary but preparatory. Scripture study was good but incomplete. The Jews saw them as a sort of stockpile of religious resources, among which could be found the secret of eternal life. But they didn’t realise that they were not an end in themselves, only the means to an end. They were meant to be the focus of attention, yes, but in the sense that a signpost is situated in a place where it is meant to be seen. The message of the Scriptures like that of a signpost was meant to lead somewhere. It’s crucial to grasp this. If the Bible is simply seen as an end in itself, we become like folk picnicking under the signpost; whereas we should be on the move to get to the Person to whom it points. All the various positive opinions stated about the Bible are very much like the comments you could make about a signpost – that it was a sturdy post, that it was in the right place, that it had been there a long time, that the detail was clear, its alignment correct and the materials used in making it blended in well with the background. All of that could well be true, but it could also become irrelevant. What a shame it would be to say all that and not travel to where it pointed. Because whoever it was that stayed put under the signpost, whatever their comments about it, would actually be showing by their inaction that they did not really appreciate its purpose and what it was designed for in the first place. Holy Scripture, breathed out by God, was designed to lead us to Messiah.
Theologians can discuss many theories concerning the Bible, but what relevance is it if all they ultimately arrive at is a theory of inspiration rather than the Lord of life and glory. And so Jesus challenged those representatives of the Jewish religious establishment whether after all they really did believe Moses. He said, ‘If you had really believed Moses, you would have believed me, because he wrote about me. But since you do not believe what he wrote, how can you believe what I say?’
Let’s flag this up at this point. The theme of the reliable and divinely inspired Scriptures, according to our highest authority, is a very noble one – in a word, Messiah. This Hebrew word was translated into Greek and then into English as the title Christ. It means ‘the anointed one’, that is, the one selected by God. Strictly speaking, when we refer to ‘Jesus Christ’ we are using his personal name with an official title. What we mean is Jesus the Christ, or Jesus the Anointed One, or Jesus the Messiah.
We will find the Bible far more exciting if we see Jesus Messiah as its theme. And when we do this we are in fact treating the text in the same way the very first disciples did, who took their cue from Jesus …
… Philip, Peter, Stephen and later on Paul, all followed the signpost erected by Moses, and they had arrived at Jesus. This was how the first Christians, believing Jews, saw the Old Testament.
But the Jewish scribes and experts in the law missed out. They certainly knew the text of the Scriptures but they sat tight in their studies and therefore missed the Messiah. This is evidenced by one striking incident soon after Jesus was born in Bethlehem Judea. The men who studied the stars came from the East to Jerusalem and asked for the whereabouts of the baby born king of the Jews. King Herod, rather rattled, consulted the chief priests and the teachers of the Law. Of course they knew where the Messiah would be born, but also they knew why they knew. In their answer they quoted the words of Micah the prophet who had specified the town of Bethlehem in Judea. The prophet had written: ‘Bethlehem in the land of Judah, you are by no means the least of the leading cities of Judah; for from you will come a leader who will guide my people Israel.’ They knew the text, but none of them showed any interest in joining the group going to Bethlehem. The text, true as it was, had no effect on them. Truth in a Bible text does not imply that the student follows it. So they stayed in Jerusalem because they did not respond to the text as a signpost. 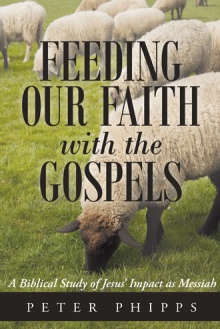 Feeding Our Faith with the Gospels
Peter Phipps
$17.95 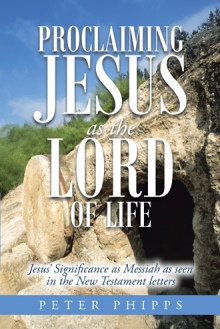 Proclaiming Jesus as the Lord of Life
Peter Phipps
$13.95

Using as a starting point Jesus’ own claim that the Scriptures spoke about Him, this book traces how He fulfilled the Old Testament promise of a coming Messiah. The Old Testament was like a solid and reliable signpost, while the gospels were the good news of his coming, to be followed by the inspired commentary of the New Testament letters about Messiah. It all ends with a great Messianic celebration.

Peter first trained as a teacher and then as a church pastor. He teaches the Bible overview module at the Aberystwyth Academy of Christian Discipleship and has led Bible teaching series to Christian groups in Canada, India, Romania, and Welsh local churches. He is married to Elizabeth, and they live in the farming region of West Wales, not far from Cardigan Bay.