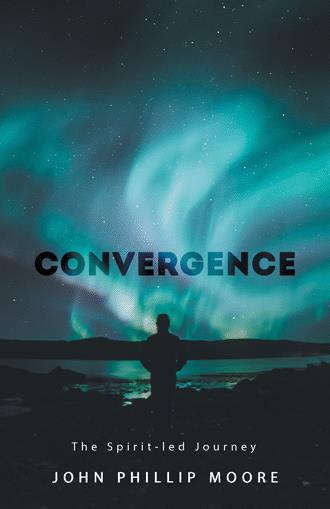 During World War II, Doyle Brown flew missions with the United States armed forces against the Nazi regime in Europe. He was part of the aircrew of a B-24 Liberator bomber. He was the tail gunner in that crew. He didn’t just walk to his spot on the aircraft; he had to crawl through the framework of the fuselage to take up his post. The rear gunner was unlike any other member of the flight crew because he spent most of the mission time at the rear of the airplane. He didn’t have the same personal interaction with others on board because he was totally isolated. It was an extremely dangerous job. It was the most annoying place to be on a long flight. The noise was horrendous. Most enemy attacks against the bombers originated as fighter planes snuck up from behind hoping to catch the gunner by surprise. The enemy would first shoot at the rear gun turret. Often the returning bomber crews would face a tragic scene as their friend was hosed out of the back of the plane because he had literally been riddled to pieces by machine-gun fire.

Doyle survived. He flew many missions. Through that perilous season of his life, he developed a deep and abiding relationship with God. He lived with the realization that he was the eyes for the whole plane. Their safety and his depended upon him doing a perfect job. The pressure was enormous. If he failed, he wouldn’t have lived to make any excuse.

After the war ended, he returned to live in Corpus Christi, Texas, a city where there was a naval base. At the completion of the Pacific and European campaigns, the city emptied because many of the people had been affiliated with the war effort. Doyle found himself having to decide. Should he return to Houston or make a go of what would develop in Corpus Christi? It must have been a brave decision to make, but maybe his courage and foresight had been shaped through challenging war missions. Numerous low-cost houses had been built during the war to house military families, and many of these had become vacant. The cost of these local houses was low, and so was optimism.

Doyle had survived the war because God helped him in a variety of ways. He had been trained through the experience to see beyond his own immediate circumstances. His mind was trained to think about what was out there. What were the possibilities? He ended up with a different perspective from that of many people.

Doyle was a left-handed sign painter. The challenge that lefties have is that they can’t easily use a common mahl stick to rest their hand on while they do their lettering (many write from right to left to solve the problem). Doyle dispensed with the idea of using a stick or resting on his little finger. He would stick out his left hand, steady as a rock, and paint beautiful letters left to right. His work was amazing; he was a true artisan of the sign craft world. He created a business in Corpus doing special-event displays and sign work. He learned how to decorate all sorts of theatre backdrops. Any opportunities that he could see usually interested him.

At the same time, many Mexican people were moving into the region hoping to find work. The locals were unimpressed. It was also quite hard for these folks to find accommodation because real estate people were unlikely to rent houses to them. Doyle didn’t see these people as threat or as the enemy. Local people became his friends. He started buying cheap houses and renting them out.

Doyle had style. He was the epitome of a gentleman, but he was also an entrepreneur. His business grew because he not only took risks and worked hard, but also God was obviously helping him. Somewhere in the mix he became a Methodist preacher. Doyle was so kind to me. I was an outsider. A foreigner. I was a young Australian sign painter with not too much experience. There were quite a few people working in his organization called Arrow Display, and somehow, he took me under his guiding wing. I have no idea why, but he placed a whole lot of trust in my abilities. He took me out to extremely difficult projects, and with a very brief introduction, would leave me to work my way through all sorts of different sign painting projects. I remember one project was to paint a business name. This involved drawing and painting five-foot-tall letters down the side of a factory. The artwork must have been a hundred meters long. I had never done anything like that in my life. Doyle supplied a hand-drawn sketch and left me to figure it out. He was a brave man. Every project was challenging. I think he gave me everything that required a great deal of courage. This also included gold leaf gilding on glass doors. Doyle had been a tail gunner. He could see possibilities. He could see what people would become. He was easily my all-time favorite boss.

Do you have desires for your life—things you want to happen? If you do, and most people do, are they realistic, or do they seem just way too out there to ever materialize? But who’s to say what’s real or too farfetched to come true? You might be surprised by what God has in store for you.

Author John Phillip Moore knows about dreams, desires, and working through ideas. And he knows about God’s extraordinary role in their realization.

In his book, Convergence: The Spirit-led Journey, he uses his experiences alongside those of others to show how God provides us all with glimpses into what lies ahead for us.

Each chapter takes readers on an adventure into different aspects of people’s Christian experiences. You will work through twelve spiritual considerations of your life and in that process interpret much more of God’s desire for your life.

Readers will also discover the importance of visions, dreams, ideas, and patterns, which form various aspects of God’s unveiling will in your life. This guide book deals with seeds planted in the heart, unearths nurturing principles, and then promotes action for the sojourner.

“Convergence”...the word best describes how John Moore loves living life. John’s life has been one unique assignment after another, all of them “converging” together to play out God’s plan. This is a great read! You’ll relate to it, learn from it and be challenged to live it out.
—Mark Evans
Senior Pastor, The Church at Rock Creek, Little Rock Arkansas

John Phillip Moore earned bachelor’s and master’s degrees in ministry through Malyon Theological College and the Australian College of Theology. God enabled John to travel, live, and work, in a variety of countries. He understands what is important to different people, groups, generations, and cultures. These experiences helped shape his view of the world, his role, and the work of the divine. He uses these insights to help readers understand how the divine works in all of our lives.