What Every Person in Jesus Christ Should Believe 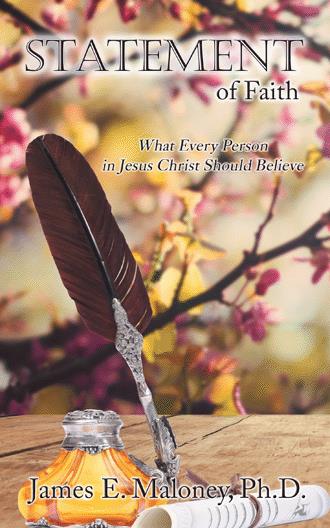 In the last several years, I have been alarmed by a number of “new” theologies (most of them are not actually new, they’re just repackaged from doctrines presented over the centuries) that have come to the forefront of charismatic Christian groups, most often springing up from “special revelation”—here I define that as “extra-scriptural”—the proponents of these beliefs claimed to have received. Oftentimes, they’re not completely errant or heretical—just a little off. And I don’t believe, in the vast majority of these cases, the proponents are malicious in their intent to bring these doctrines to the Body of Christ. While we all have to be aware of “wolves in sheep’s clothing,” most of these proponents are well-meaning. They’re not evil, they’re just somewhat misled, or are not adept at giving a complete definition for what they’re trying to say. They’ll throw out one-liners without bothering to give a full account of what that one-liner actually means, so it can bring confusion.


So that’s why this small book was written. Partially to answer most of the questions I receive that ask, “What do you believe about…” And partially to combine quite a bit, but not exhaustively, of what mainstream Christianity has believed since 90 years after Christ ascended, all in a handy-dandy little theology book you can fit in your purse or Bible cover.

WHAT DO YOU BELIEVE AND WHY?

First Peter 3:15 admonishes us to “always be ready to give a defense to everyone who asks you a reason for the hope that is in you...”

In obedience to this scripture, James Maloney culled a statement of faith from nearly fifty years of theological study with the scriptural proofs that justify these tenets of faith. With the conversational tone that has become the hallmark of his books, James succinctly outlines what the born again, Spirit-filled Christian should believe, and why they should believe it.

Second Thessalonians 2 warns against strong delusion and unrighteous deception. This book can help you make a decision when confronted with a doctrine that just “doesn’t seem right,” by placing a wealth of scripture at your fingertips, making it simple to share and defend your faith with others in gentleness and reverence.

JAMES MALONEY is the president of Dove on the Rise International. His other works include The Dancing Hand of God, The Panoramic Seer, Overwhelmed by the Spirit, The Lord in the Fires, and Living above the Snake Line. He is also the compiler of the best-selling Ladies of Gold series, the collected teachings of Frances Metcalfe and the Golden Candlestick. James and his wife, Joy, live in the Dallas-Fort Worth area.