Political, Religious, and Cultural Background History of the New Testament Bible (539 BC TO AD 135) 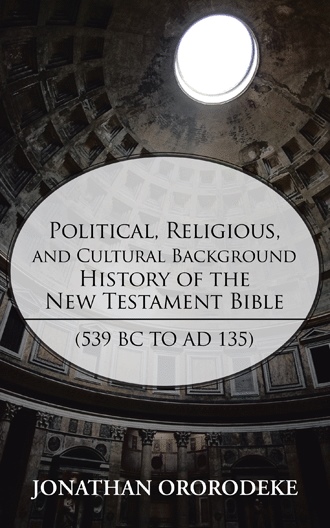 Political, Religious and Cultural Background History of the New Testament Bible deals with the study of historical events that took place in New Testament Bible times from the Persian Empire’s reign over the affairs of Israel during the Intertestament Period to Bar Kochba’s Revolt, which covered the period of approximately 539 BC to AD 135. But note, the New Testament Bible Period proper, closed at AD 100; which is the First Century biblical history under review.

Politically, through military attack or battle, three world empires took over the administration of the nation of Israel from the Intertestamental period to the end of the New Testament Book of Revelation. And these world powers were the Persian, Greek and Roman Empires.

Out of these empires, the Roman Empire had the greatest influence on the political life of the people of Israel, because Rome had already taken over Israel’s leadership before even Christ was born. And it continued in leadership till AD 100, and beyond.

Clearly, this means that from the Ministry of Christ in the Gospels to the end of the New Testament Book of Revelation (AD 100), it was only the Roman Empire that was fully in-charge of the political affairs of Israel (Palestine).

Religiously, the New Testament Bible events are influenced by three religions, which are the Jewish, Greek and Roman religions.

Fortunately, when the Persian Empire took over Israel, the Jews were given freedom of worship by the Empire. Also during the days of the Greek Empire under Alexander the Great, this same freedom was extended to them. Even after the death of Alexander the Great, when his kingdom was divided among his four army generals (Lysimachus, Cassander, Ptolemy and Seleucus); the Jews under the leadership of the Ptolemaic Empire, headed by Ptolemy were allowed to continue with their religion.

Unfortunately, when the Seleucid Empire, headed by Seleucus took over the whole territory, the Jews now paid dearly for their past religious freedom, when the empire seized all religious rights from them, and then demanded that they must worship the Greek god “Zeus”. This created a terrible religious situation for the Jews.
Eventually, when the Roman Empire, through General Pompe took over the leadership of Israel, the Jews were never religiously maltreated like the Seleucid Empire, but allowed them to have their freedom of worship, while the Roman Empire themselves practiced what is known as Greco-Roman religion, which is a combination of both Greek and Roman religious practices.

Thus, the New Testament Bible, from the time of Christ to the end of the Book of Revelation, the three religions that influenced its background, are the Jewish Religion (Judaism), Christian Religion (Christianity) and Greco-Roman Religion.

Culturally, the New Testament Bible events are influenced by three cultures, which are the Jewish, Greek and Roman cultures.

In the Intertestamental Period, when Alexander the Great was in-charge of the Greek Empire, both Jewish and Greek cultural practices were fully recognized.

When the Roman Empire took over leadership of Israel, because they had fallen in love with the Greek culture, they were forced to allow both the Jewish and Greek cultural practices to continue.

In addition, the Roman authority decided to adopt an improved culture for the Empire which included a combination of both Greek and Roman cultural practices, resulting in the formation of a Greco-Roman cultural system.

Therefore, the New Testament, from Matthew to the Book of Revelation, has only two major cultures that influenced its background: the Jewish and Greco-Roman cultures.

Generally, as we properly understand the New Testament Bible in its political, religious and cultural settings, only then are we able to interpret and apply it correctly.

Sincerely speaking, understanding and applying the Bible correctly is a serious matter that we must never pay lip-service to. The problem on our hands right now, is for us to know how to reconcile the New Testament Bible historical events of the ancient First Century world with our civilized 21st Century world. In fact, in order for us to understand the New Testament Scriptures properly, we must first understand the historical events of the 1st Century world in which the New Testament Bible was written. This will then guide us in interpreting and applying the Scriptures correctly, which will bring definite spiritual transformation in our personal lives as well as others.

The book deals mainly with the background historical records on the political, religious, and cultural settings of the New Testament Bible events, which are most needed in properly understanding and correctly applying the New Testament Scriptures.

It is therefore, a tool for all bible-believing Christians, for both individual and collective spiritual growth in the infallible Word of God.

Jonathan E. Ororodeke, who resides in Ughelli, Delta State of Nigeria, was called to full-time gospel ministry by God on February 5, 1993. In March 1993, God divinely called him into the teaching ministry. Since January 1995, he has been in active gospel ministry.

He holds a diploma and Bachelor of Arts degree in Bible and theology from the All Nations for Christ Bible Institute International, Benin City, Edo State, Nigeria. Presently, he is pursuing his Master of Arts degree in biblical studies in the same Institution.

He is married to Deaconess Paulina Ororodeke, and they are blessed with five children.