Making Sense of Submission to Authority 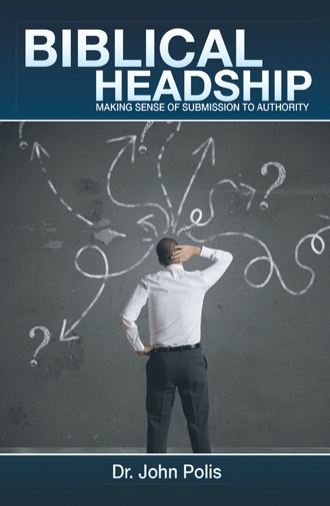 Government, at its most basic level, is a societal means of establishing and maintaining order. It is a very important undertaking by which nations, territories, cities, and communities operate. This concept extends to organizations, businesses, institutions, and associations as well. As we have seen, it also extends to marriages, families, churches, and every other religious ideology. The diversity and scope of governments is as wide and varied as are the institutions, organizations, or entities which are governed. However, from a biblical point of view, a single governing perspective overshadows them all. It is the government of, or the rule of God. The apostle Paul makes that clear in Romans 13:1. No authority is above God’s rule; no government exists without His consciousness of it.

As I stated earlier, evil, restrictive, and domineering governments are not by God’s design. They exist because they are subject to sin and have not embraced God’s reign. However, when God’s rule is recognized and God’s will is done, the Kingdom of God is manifested. Being able to live within the boundaries of God’s kingdom is governed by the principles which are laid out in the Bible, not by human philosophy or ideology. Thus, as Christians, we need to understand the manner, purpose, and consequence of God’s government.

For that, we return to Isaiah’s prophecy of the coming Messiah. This promise from God is of such tremendous importance. It sets the stage for the coming of Christ with such accuracy it is impossible to deny without ignoring truth. It provides clear understanding of God’s intent and insight into the manner in which He would reestablish His Kingdom, once and for all. And it’s authenticity is preserved through dated, tangible, physical records.

This prophecy is preserved among some ancient documents that were uncovered in the late 1940s and early 1950s. Those documents were transcribed more than 400 years B.C., approximately 2500 years ago. They were found, sealed in clay jars located in some caves near the West Bank of the Jordan River, in Palestine at a place called Qumran. In fact, a complete scroll of Isaiah's writings, the earliest known copy of that book, was included. Amazingly, those documents were in total agreement with copies of Isaiah which were made many centuries later. In other words, the most ancient, yet most recently discovered manuscripts agree with the much more recent manuscripts which have been available for many centuries.

This is extremely powerful evidence of the ways God used to preserve His Word through time. He used fallible men to record His infallible message, and they did it with great accuracy. Furthermore, He preserved that accuracy down through the centuries. This is one of the reasons we can confidently believe in the authority and inspiration of the Bible.

The many abuses of authority in homes, schools, churches, and government have left people with the determination to avoid relationships with authority, if at all possible, fostering an “independent spirit” that leads to isolation. The result is fear and insecurity in the lives of many people suffering from a basic distrust in authority structures. These people could be benefiting from the many blessings of being aligned with God’s order in Creation. In Biblical Headship, we seek to show that the real purpose of delegated authority under God is so that “He has someone to call into account for His will being done on Earth as it is in heaven.” Biblical authority is for the purpose of serving as God’s representative in every institution of society, implementing His will and not our own. Biblical Headship offers freedom, peace, and joy to the hearts of God’s people and releases a new level of promotion and prosperity into people’s lives. Biblical Headship is really a book about personal revival that results from aligning with God’s purposes.

John holds a BA, MA in Bible theology with over thirty years in ministry as an apostle to the Body of Christ. He is founder of Revival Fellowship International, Ambassadorial Apostle with the International Coalition of Apostles, and a US Marines Vietnam veteran.