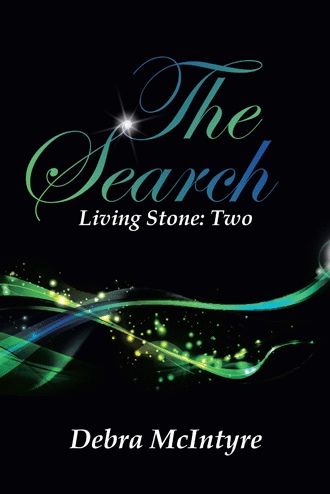 Luke barked into his mic, but no one returned his summons. “Plan B! Go! Go! Go!”

Stephen grabbed my arm and we took off. Once I started running, the training took over. I forgot about the beautiful ball gowns, exquisite paintings, and dignitaries. Something serious had happened, and we had become targets instead of potential donors to the work at OBS.

As we ran, I worried that it was too early for the shuttle or the helicopters. My fears were confirmed—none were in sight. We were the only ones to leave. In the distance I could hear a wolf howling, and it made me run all the faster having gathered my skirt up around my waist.

“Keep going to the cliffs!” Luke ordered. “The others are in place! Just don’t stop! No matter what, don’t stop!”

When I turned, Luke was running into the woods, releasing the safety on his hand gun. Stephen and I did not hesitate and we did not speak. I tied the cape tight around my shoulders and yanked up my skirt as we charged into the forest. It took all of our focus to navigate the rugged terrain in the dark. We dodged holes, fallen limbs, and tangled vines not breaking our stride. We scrabbled up and over loose rock piles and climbed over stacks of fallen timber, our feet barely touching the rugged surfaces.

I heard a vaguely familiar sound coming closer—the pounding feet of a large animal. I knew we couldn’t outrun it. We splashed nosily through a small creek, and I yanked Stephen into the hollow of a nearby tree, praying it would not catch our scent. We waited nervously, and I thought how stupid I had been to put us in this predicament. We would be trapped if he or she did not lose our scent in the creek.

Stephen held me close, and I held my breath waiting for the animal to reach our hiding place. The wolf paused briefly and sniffed the ground before thundering past our hiding place. We carefully stepped out and could hear the crashing brush well ahead of us as the animal pounded on. Reassured that it was no longer interested in us we resumed our race to the cliffs.

We hadn’t gone far when Stephen grabbed my arm and kept me from racing headlong into a dry river gorge. The river bed and both sides of the gorge were filled with boulders and rocks. My mind raced as we searched for a way to cross. “Stephen, it will take too long to hike down and back up.”

We looked left and right. “That’s how we do it,” Stephen said and pointed to a fallen tree about two-hundred yards to our left.

It stretched from one rocky side to the other and would have to be our bridge. One misstep and we would crash to the jagged rocks below. I shook my head in disbelief, but I knew we had no choice. I took a deep breath and took off running towards the tree with Stephen right beside me.

“I’ll go first and clear a path,” he directed.

We had no choice but to stand up and rely on balance and footwork. I had hoped to sit or lie down and inch my way across, but the tree was thick with branches. We would have to pick our way across, stepping between the dense foliage. I tucked my skirt in higher and tighter and started my awkward dance across the makeshift bridge. I tried not to follow too closely behind Stephen. We were both fighting to keep our balance, both not wanting to cause the other to fall.

He broke the smaller limbs and pushed the thick leaves of the tree top out of the way. We wriggled over and around the larger branches. Each time I let my mind wander to the prowling wolf pack the tree shuddered and moaned grabbing my total attention.

We made it almost halfway across when a huge gust of wind rattled the tree and almost dislodged it from the loose rocks on either side. Stephen and I grabbed each other around a thick limb. He was on one side, and I was on the other. We gripped each other’s arms, holding tightly, not moving. Finally, the wind stopped and the tree settled.

Stephen yelled, “Francesca, you go first. I’ll be right behind you.”

I looked at him questioningly.

“You have to show me the way to the end,” Stephen said and pointed. I looked ahead to see that the trunk was growing much smaller towards its top. We would have to depend on my footwork to make it to the other side.

“I love you!” I yelled and took the first few steps. Gaining confidence, I stepped faster before another gust of wind could rise up from the gorge. I hoped Stephen’s dress shoes were gripping the bark as well as my fancy evening boots, but I dared not turn around and look.

With only a few feet to go we heard a battle being waged with vicious growls and yelps of pain. I was certain that I could hear the clash of metal. The horrific sounds carried eerily in the night up to our precarious perch. Through shudders of fear, I forced myself to keep moving. The wolves sounded close. 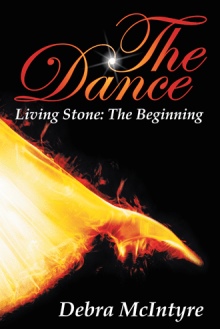 The author of The Dance presents a new supernatural thriller.

The Living Stone believers face an adversary more powerful than any they have ever encountered. An evil trio aligns with the stronghold of darkness to unleash a vicious attack. They summon one of heaven’s ancient enemies and begin their assault with the very fragile Francesca.

Francesca battles heaven’s archenemy as she races to rescue her new love before he is lost forever. Her agonizing search takes her to an ancient abbey that protects another of heaven’s gateways. She embarks on a thrilling journey in an unexpected realm to search for him.

Two new warriors arrive from the heavenly city to join Francesca and the Living Stone believers in a terrifying battle to reclaim one of their own. Together they race to defeat the ancient evil and save a precious life.

The Search is a Christian adventure that challenges readers to search and fight for the lost.

Debra McIntyre has worked with teens in crises for over twenty years. She is seriously concerned about young women but is encouraged by the powerful impact that women of faith have on our daughters. Debra resides in Kingwood, Texas, a suburb of Houston.