Run and Be Still

How I made it through the valley with my faith intact 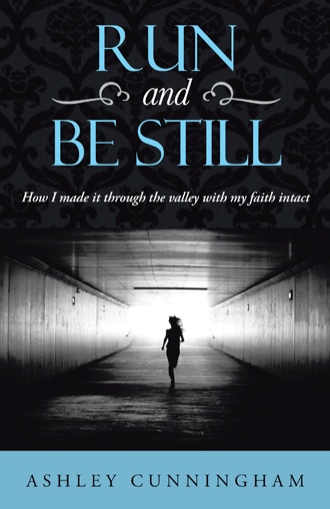 How did I come to my walk of faith? I can tell you one thing for sure: it didn’t come easy. There have been many times I have found myself crying out in fear, hurt, and desperation from the darkness of the depths of the valley. But truly, truly I say to you, that which doesn’t kill us only makes us stronger. Let me share my journey through life, so you can better understand what I am talking about. I have seen God’s hand at work in all of the hardships and trials I have endured, and my faith has blossomed and come to life through the Holy Spirit at work within me.

Reflecting on my life, I am reminded of an amusement park ride. Not a roller coaster, although there have been plenty of ups and downs, but the old-fashioned cars. I am sure you know the ones. You drive your car along the path, and when your car gets too far to one side or the other, you hit the center guide bar and are forced to bring it back to the middle of the road. Depending on your speed, you may get a gentle bump to remind you to get back on course; or if you’re going faster, you end up with something closer to whiplash. I have experienced both.

So, who am I? I am by nature a planner, a list maker, a controller, and a worrier. I am the type of person who will do others’ work for them so that I know it’s done correctly—and by correctly, I mean my way. I am sure there are many of you out there nodding your head in agreement. We know who we are. The responsibilities that we carry are sometimes crushing, but we wouldn’t have it any other way. There is something about being able to check items off a list that makes us feel fulfilled. I also know that there is another group of you shaking your head because we, in all of our planning and list making and worrying, drive you crazy. So, because of my planning, list making, and white-knuckle controlling, when it came to my life, I of course had a plan.

I went to college and got a degree, check. I married my high school sweetheart, check. We bought a house and started a family, check. Everything according to my plan. I had a career that afforded me the opportunity to work from home, a beautiful eighteen-month-old son, and we were expecting our second child, another baby boy. Life was rolling along nicely, but I was getting awfully close to bumping that guide bar.

About a week after a routine sonogram, I got a call from my doctor that set in motion my valley descent. Upon further review of the sonogram by the radiologist, an umbilical cord cyst was discovered. We had to schedule an appointment to see a neonatal specialist. I was terrified; this knocked my feet out from underneath me because this was definitely not part of my plan. Surely, with some prayer, God would take care of this.

Control is a funny thing. We seek to maintain control in an effort to combat fear. Control is, in essence, a defensive strategy to keep from going down an undesired or unknown path. This was a pretty astute description of me. In the past, one way that I had been able to battle the fear of the unknown was through gaining knowledge; in knowledge, I had control. So I researched umbilical cord cysts. What I found out was that most dissipated by the thirtieth week, and one of the greatest threats they posed was Down syndrome. Okay, so we might have to adjust the plan somewhat.

After meeting with the neonatologist, we found out that he felt our chances for Down syndrome were not any more elevated than had there been no cyst. The actual cyst was about one inch in diameter, and as far as he could see, not hampering the blood flow to the fetus at all. He wanted to see us at thirty weeks. Translation: plan back on track.

We prayed that the cyst would dissipate but had been reassured that if not, the possibility of complications was slim. Summer came and went. We decided to sell our home, as we had simply outgrown it, especially with another baby on the way. My goal was to be in our new house by the time the baby was born. Are you sensing the theme here that this was all about me? Unfortunately, that is not the way we are called to live our lives.

At my thirty‐week checkup with the specialist, another sonogram was performed, revealing that our baby was rather small compared to what was considered normal. In fact, he was only in the twenty-fifth percentile for length and weight. My doctor put me on a special diet, trying to jump-start our baby’s growth. We also developed a labor and delivery plan, as the time was drawing near. The cyst was still there, and again he assured me that things seemed okay. Things weren’t as okay as everyone thought.

Tuesday, October 16, prepare for whiplash. You never know when your feet hit the floor in the morning what will transpire before the day’s end. As I sat in the rocking chair in the early morning light, I realized that I had not felt the baby move at all yet. Being that he was a very active baby, especially in the morning, I decided to drink some orange juice, thinking that might get him moving. But to no avail. My husband suggested calling the doctor’s office, just so that I wouldn’t worry needlessly—or so we thought. They asked me to come in right away, and the little voice in the back of my head that had already been suggesting the worst began getting a little louder.

Still not having felt the baby move, I was trying to reason with the growing fear that was threatening to take over. Somewhere in the back of my mind, though, I already knew that he was gone. Call it a mother’s intuition, but my conscious mind was not able to accept that yet.

After I arrived at the doctor’s office and was escorted directly into an examining room, my doctor began looking for the baby’s heartbeat. Immediately a heartbeat was heard and a look of relief came over my husband’s face, but I knew that it didn’t sound right. My thoughts were confirmed when the doctor took my pulse, simultaneously matching the sound of the racing heart we heard with my own heartbeat.

At that point, the panic I was feeling was threatening to choke me, and she suggested a sonogram. It didn’t take long for her to confirm what we all already knew but were afraid to voice. There was no heartbeat—and in that instant, I felt a loss greater than I have ever known. My life was forever changed. The overwhelming sense of helplessness pervaded every ounce of my being. To be a person who is such a “doer” and never have the chance to do something to fix it, never have a chance to save my unborn son—I couldn’t grasp the reality and finality in that. He was taken from me, from my body, without my knowing. I had failed. I had failed my baby, myself, and my family. I never had the chance to mother him. He never had a chance to be my son. Our family was broken, and I was decimated.

Everything that happened after that was a formality; our son was already gone. I was on autopilot, and the awful task of telling our families became my husband’s. Our doctor suggested going home, dealing with the shock, and then coming back in the next day for the worst part, labor and delivery. That evening we surrounded ourselves with family and began thinking about things that parents never think that they will have to deal with: funeral arrangements for our infant son.

All I could think about was how was I going to be able to do this? Would I want to see him? Would I be able to hold him, or would it be too hard? What was I going to do with the outfit that I had bought to bring him home in? He never was coming home. What I realized later was that he was already home.

Are you asking these questions? Author Ashley Cunningham has found herself begging God for these answers through the valleys in her life. At twenty-three years old she experienced the unexplained death of her baby; ten years later, she was diagnosed with an extremely rare and incurable autoimmune disease. Grief, fear, pain, worry, anger, confusion, regret, insert your struggle in the blank—she has been there and understands that suffering tests your faith unlike any other trial.

Yea, though I walk through the valley—deep, dark, and dreadful—the valley of the shadow of death. In the darkness of the valley, God makes you many promises for peace, comfort, and the grace for endurance. Come walk with Ashley Cunningham, walk with God, renew your faith, and find your way through your valley.

Life experiences have brought Ashley Cunningham face-to-face with the agony and despair of the death of her child and the fear and helplessness of living day-to-day with an incurable illness. It was through God’s hand in these circumstances that her first book was born. In addition to spending time with her family, writing and running are two of the things that bring her the most joy. Ashley lives in Ohio with her husband and two children.