A Personal Journey toward Faith 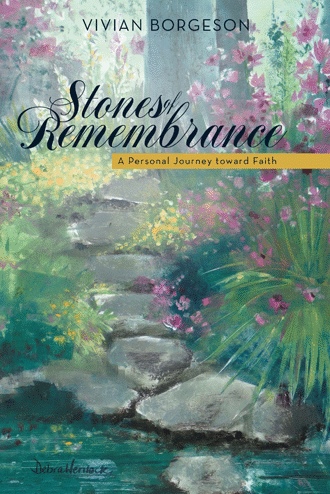 Proverbs 3:5-6 Trust God from the bottom of your heart; don’t try to figure out everything on your own. Listen for God’s voice in everything you do, everywhere you go; he’s the one who will keep you on track. MSG

While living in Germany, we took leave and attended a month long Christian conference in England that was sponsored by Operation Mobilization. Each day there were speakers and teachings to help prepare men and women to travel to different parts of the world to share Christ with others. Normally, we ate lunch at the conference, but on this particular day my husband suggested that we take the boys, then two and an infant, and go to the mall for lunch.

When we arrived we bought a loaf of fresh baked bread, a hunk of cheese and a bottle of Fanta orange drink. We couldn’t find a place to sit so we stopped and prayed for direction. The Lord reminded us of a bench we had passed when we first walked in.

We settled in and were thanking the Lord for our lunch, when we noticed an English gentlemen walking in our direction. He was dressed in a three piece suit with a top hat and cane. Quite striking! He joined us on our bench. We offered him a hunk of bread and cheese to which he replied, “Oh, jolly good.” He told us his name was Mr. Johnson and then he asked why we were in England. We told him about the Christian conference, at which time Mr. Johnson began to tell us how mad he was at God because of the family he had lost during the World War II.

We offered him more bread and cheese to which he replied, “Why did you sit here?” “We weren’t sure where to sit, so we prayed. God directed our steps here,” was the reply.

Then Mr. Johnson told us something we would have never suspected because of the way he was dressed, “I haven’t eaten in three days, and I can’t cash my pension check until tomorrow.” He pulled his check from his pocket to validate his statement.

We reached into our pockets and pulled out any money we had on us. It wasn’t much, but it was enough to buy another loaf of bread and hunk of cheese and a bottle of Fanta drink. He thanked us, finished his food and moved on.

We left the mall that day just thrilled that God had given us the idea to go out to lunch that day. He had directed our steps to sit on that exact bench. We were very happy He had used us to meet a need of a very dear man.

That night at the conference, before the singing began, people were standing and talking to each other. I was holding my baby son on my shoulder. A man walked up and slipped a rather large coin in my hand and told me that it was for the baby. His gesture puzzled me, but I thanked him. When I sat down I told my husband what happened and showed him the coin. English currency is different from ours. He marveled, “That’s twice the amount we gave Mr. Johnson today.”

You can just imagine how humble and elated we were. Not only was God willing to direct our steps, use us in lives of others, but He was also willing to provide for our every need. This experience proved to be a giant step in enlarging my faith. When the Lord asks us to do something He wants us to succeed. He will give us everything we need to accomplish His will.

Every Christian should have a story of faith to tell. When we take time to recognize God’s hand in our everyday lives, our stories of faith will write themselves.

Within the pages of this book you will be inspired to:

Spend time daily pouring out your heart to the only one who can move heaven and earth to meet your specific needs.

Spend time daily anticipating the Good Shepherd to lead you in paths of righteousness for His name’s sake.

Start recording your own stories of faith to pass on as a legacy to the next generation.

Sometimes we believers carry a false sense of failure, thinking we are simply not doing enough for the Lord. What we often fail to remember is it is not what we do for the Lord that grows our faith, but what we allow Him to do for us and through us. The first mindset causes us to focus on ourselves and fuels our desire for the recognition and accolades only the Lord deserves. The second mindset gives glory where glory is due. God is to be glorified in our lives every day.

May you be encouraged.

Vivian Borgeson is an ordinary woman who has an extraordinary story to tell. Each small step of faith she took increased her stride into giant steps toward walking in confidence with her Lord. Once she started walking, she never looked back. Vivian lives in Keller, Texas, close to her family.