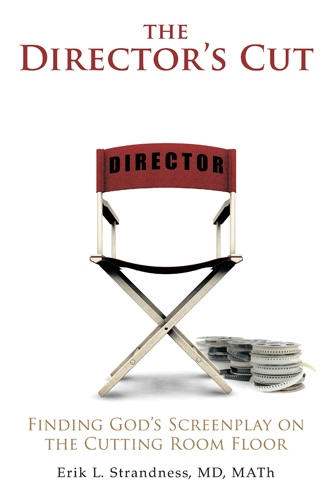 The book you hold in your hands represents a journey of Biblical proportions, not because it rises to the level of momentous earth-shattering literature, but because it chronicles an expedition into the wilderness of life, where, as it turned out, the only reliable navigation tool I could find was the Bible. I was raised in a Christian home, I attended church regularly, and I accepted most doctrine without hesitation. I had lived my whole life in a Christian “state” of mind, which inappropriately became my own, “private Idaho.” I had become so enamored with my home, “state,” that I never explored the vast country outside its borders. One particularly sunny day, as I strolled through town, admiring my mental Christian iconography, I was met by a first time visitor to my state. He commented on the beautiful scenery and the interesting historical monuments, but then did the unthinkable, and asked me to explain why I bothered to live in this sparsely populated state in the first place. I had no answer! Here I was, living in the, “Gem State,” and all I could offer him was potatoes. I had become so content living in the, “Urban Eden,” of my theoretic Christian knowledge, that I neglected to consider what difference that knowledge would actually make to my friends that lived in the boonies. It was at that moment that I decided I needed to take a road trip and carefully map the world outside my Christian happy place. I hooked up my, “spiritual Airstream trailer,” and toured the countryside of life, not knowing exactly where I was going, or even how I would get there, but what I found was astounding! I discovered that each and every historical site, natural wonder, and small community I encountered along the way had already been described in detail by a several thousand year-old Biblical “Atlas.”

I wrote this book because I have many friends who also live in this great Christian, “state,” but because the transit system is so good, don’t own their own cars, and never venture beyond the state border. In light of my own experience, I knew, that sooner or later, their comfortable routine of walking the dog, frequenting the cafes, and taking the bus to work, would be interrupted by an encounter with a visitor from out of town. This tourist would not only want to know where the bathrooms were, but would also have some very important questions about the “state” that he was visiting, such as. “Who is the Governor? What is the main industry?” And most important of all, “why would I ever want to visit here again?” I want my friends to be knowledgeable enough about the, “State,” to give them a guided tour, make a case for relocation, and hand them some spiritual souvenirs to take back to their families who live in the “Badlands.” 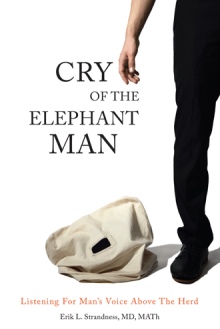 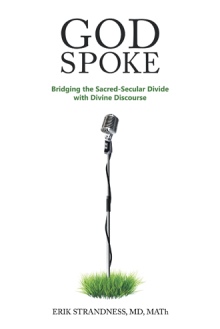 Believer and unbeliever alike are subtly evangelized every day of their lives by the ambient glow of God’s cinematic masterpiece. They sense something grand but are confused by the incoherent cultural edits scattered throughout the film. The Good News is that the deleted scenes are not lost but can be found in our shared human experiences, and once spliced back together reveal an epic of Biblical proportions, The Director’s Cut of the Greatest Story Ever Told.

Dr. Erik Strandness takes a unique “bottom up” approach to apologetics by investigating experiences common to all people and concluding that they can only be adequately understood through a Biblical filter. The goal is to empower lay Christians to conﬁdently share their faith in a concrete, friendly, real-world context that effectively engages the day-to-day realities of their audience. Dr. Strandness writes in a clear, engaging, and witty style, combining the thoughts of many great Christian thinkers with culturally relevant illustrations in order to make a solid real world case for the Christian worldview.

“Once in a while, someone manages to put ageless truth in such a fresh package that it cries out, ‘Read on!’ That’s the way I felt when reviewing Erik Strandness’s book. What a pleasure it is to read! But it’s not just Erik’s engaging word images that make it such a great read. It’s the profound and timely message he is communicating in such an intelligent and winsome way. This is a book you will be telling others about.”

Dr. Erik Strandness practiced neonatal medicine for twenty years. In 2009, he went back to school and obtained a master’s degree in theology. He currently teaches science, religion, and history at a classical Christian school in Spokane, Washington. He is married with three children.