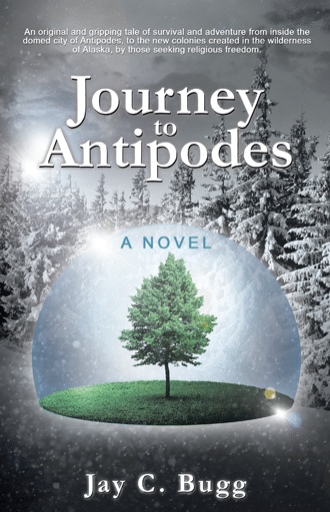 Journey to Antipodes tells the story of Dr. Judah Eisen, a converted rabbi who must teach his flock the truth about the Second Coming, with shocking evidence that occurred at the destruction of the temple in AD 70. His protégé, Nolan McDonald, embodies the fullness of Christ as never witnessed before. Nolan must carry the message of his aging mentor to the colonies banished to the outer edges of the wilderness. The implications will change not only the lives of Christians living in a post-apocalyptic world but will require a faith that will alter the course of church history for future generations.

Jay Bugg received his Bachelor of Arts degree in Biblical Studies from Covenant College, Lookout Mountain, Georgia. His studies included four years of Classical and Koine Greek, the language of the New Testament.

He has spent more than forty years studying Church History, Systematic Theology, and Eschatology-the study of the end times. He believes Jesus Christ is the Son of God and real life only comes from embracing the mystery of Christ’s death on the cross.

He and his wife Cathryn live in Austin, Texas.