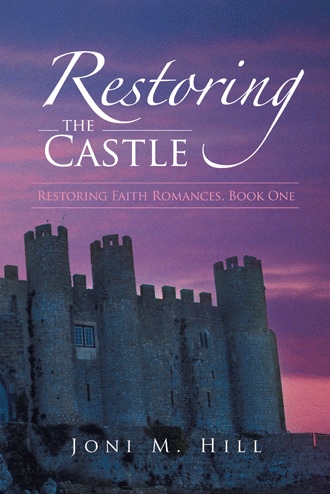 With long, graceful fingers on the keys of a piano, Annie could give life to the music perpetually residing in her thoughts. Hers was a remarkable talent, a God-given gift that she cherished, but she had another interest that gave her even more satisfaction. She had acquired the knowledge and possessed the vision to restore vitality to historical buildings ravaged by time until they were little more than ruins. She could make those buildings possess beauty and function again. She once told her father, Duncan Montgomery, that architectural restoration made her feel like a unique surgeon, who repaired foundations and beams instead of organs and bones. Now, Annie wished with all her heart that she could somehow touch her father the way she effortlessly touched the piano keys and give him life the way she gave life to the music she composed. Annie wished that she could restore her father’s health the way she restored a building. However, human life was not music or architecture, and her father’s life was in God’s hands, not hers. Today, the doctor’s report left no doubt that God would soon take Duncan home. Annie’s papa was dying. Knowing from experience that it was beneficial for someone to share her grief, Annie did not want to face her coming loss alone. However, an especially close relationship with her father had crowded out normal, nurturing friendships. Consequently, Annie had many friends, but no one with whom she felt close enough to seek support—no special girlfriends and certainly no boyfriend. With so few intimate friends, besides her father, Annie had only one other source of comforting human touch. She could look to Scotland. In the land of her father’s birth, their only remaining relatives resided, relatives that Annie loved with all her heart. She knew that the family in Scotland would warmly embrace her, sharing this sorrow, providing love and support, but were they not already suffering the painful loss of a loved one? The thought of adding more to her family’s grief brought predictable tears to Annie’s eyes. “How can I burden them further?” Annie silently fretted. Maybe it would be best if she just sought solitary comfort through prayer. God was not a warm human hug, but he would help her. She was certain of that. On the other hand, her Scottish family should know better than most how to deal with loss. Perhaps Annie was being a coward, seeking excuses in an effort to distance herself from Scotland, attempting to avoid difficult choices. Indeed, support from Scotland would be a most difficult solution to choose, not just because Annie’s family currently dealt with their own recent loss, but even more because Ian was in Scotland. Ian was the source of her cowardice—Ian, whom she both earnestly loved and diligently avoided. The overwhelming passion that she felt for Ian was the only secret Annie never intended to share with her father. In fact, she never intended to share her secret with any living soul. No matter what the emotional cost, Annie intended that only God would ever know how much she loved Ian. Since it always took extreme effort for Annie to conceal her transparent emotions, the necessity to hide what she felt for Ian became an immense burden over the years. How does someone manage to show the right amount of affection without revealing a deeper longing? It was a balancing act that exhausted Annie, masking her true feelings while offering a proper fondness. Annie reasoned that if she did not see Ian, her thoughts would not dwell on him. Yet she never managed to banish him from her mind, nor was he ever out of her heart. At least, Annie thought, by avoiding Ian, she could eliminate accidental detection of her love. Therefore, only three times had she seen him in the last five years, and she had kept those encounters as brief as possible. The third meeting, twelve weeks ago at Kate’s funeral, had been torturously bittersweet, making Annie excessively reluctant to be near Ian again. Yes, Annie would need to debate carefully and pray diligently before seeking solace from her family in Scotland. If Annie had only taken into consideration how extremely close she and her father were, she might have realized that it was impossible to hide secret feelings from her papa, because Duncan knew his daughter far too well. At first, all those years ago, beginning the summer after his wife’s death, Duncan had harbored a suspicion about Annie’s evolving love for Ian. When Annie began shielding her emotions, avoiding Ian, someone she had known and had openly adored most of her life, her father knew the truth. Now, Duncan believed, if his daughter was going to share sympathy with the family in Scotland, he would need to take matters into his own hands.Certainly, he reasoned, God would understand a loving, father’s desire for his daughter’s happiness, so Duncan prayed for guidance. Consequently, whether the plan that had been taking shape in his mind was his own composition or divine inspiration did not matter to Duncan. Upon prayerful reflection, he became convinced that God would allow him the time to complete one last task for Annie’s benefit. Perhaps his plan had a few ethical gray areas. Even so it was meant for the greater good. Surely, God would forgive a little manipulation for a selfless purpose. Duncan did not expect to break any of the Ten Commandments or to harm anyone. He just planned to exert a little pressure. The protector in him intended to protect. And, after this last, doctor’s report, he was convinced that it was time to set his plan in motion.

Ian MacLeod and Annie Montgomery share much in common. As joyful children, although not actually related, they share a bond like brother and sister. As unhappy adults, they both suffer. Childhood summers spent together at Kilmegan Castle, Ian’s ancient home on the Isle of Skye in Scotland, are full of adventures. Ian and Annie feel remarkable affection for one another, hoping that one day they will embark on the ultimate adventure together: repair and restoration of the castle. Even after Ian loses his father and Annie loses her mother, life is wonderful—until Annie begins to see Ian differently. In time, Annie becomes a gifted pianist and a talented architect. With fondness for Kilmegan Castle undimmed, she specializes in historical preservation. But Annie is also miserable, hopelessly suffering unrequited love for Ian. Only prayer and her faith in God help Annie to rise above her longings. Meanwhile, following an argument, Ian’s wife dies in an accident on icy roads. Grief and guilt cause Ian to stop praying. He stops going to church. He is no longer certain that God exists. Ian feels broken. Like Kilmegan Castle, there are some good things going on inside, but mostly Ian just needs major restoration. Now, Duncan Montgomery, Annie’s papa, is dying. He is convinced that God will allow him enough time to perform one last task, securing his daughter’s happiness. Will Duncan succeed? Will Annie find love? Will Ian find restored faith?

Retired after twenty-five years teaching youth Christian education, Joni Hill began writing as a way to continue witnessing her faith. Hill, who holds degrees in English, history, and library science, lives with her husband on a beautiful lake in Indiana. They are parents to two “only” children born fifteen years apart.