Only God Can Transform Detroit and Us Too! 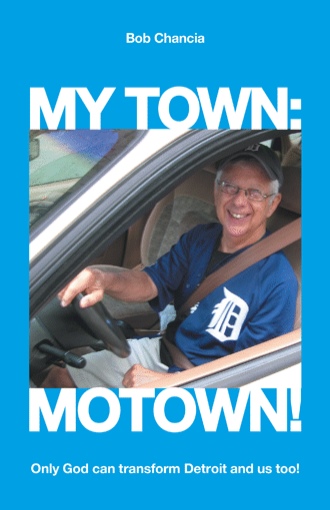 PRODUCT INFORMATION: (on the rise!)

I wrote this story because I love Detroit with a passion! When I say I love Detroit, I mean I love its people. A city is defined by who inhabits it. Recently I saw on the internet a ranking of the 10 Most Miserable Cities to live in. Ten being the least and number one, the most miserable. As I went through the list, I thought to myself, Detroit is gonna be number 1. And low and behold, the inevitable happened. But that’s why I love Detroit so much. I’ve always been attracted to underdogs. Detroit’s people have grappled with the most adverse circumstances and they still hang with their town! To me, it’s like witnessing someone broken or an injured animal or hurt little bird. The Christ in me wants to help restore what’s hurting. As a kid, when I found a grounded little bird, I tried to revive it. When unsuccessful, I remember burying it, clinging to the hope that God would somehow resurrect it. That’s what this story’s all about. Only the One True God can redeem Detroit as well as you and me! I believe he wants to!

This is the story of one man’s burden for the city he lived in and loved. Detroit, once America’s leading industrial city, falls with political corruption, racial intolerance, and its auto industry’s refusal to change. Bob spearheads the partnering of his New York City church with an inner-city Detroit church, trusting God’s power to take one small step in revitalizing Detroit. This book may challenge you to trust God to raise you from your own struggles. “Bob Chancia has accurately and passionately communicated the issues facing Detroit as well as the hope for Detroit—the Gospel of Jesus Christ … because Jesus is the only hope for Detroit and all men. Bob, a native New Yorker, loves Detroit as much as we native Detroiters. I couldn’t put this book down! A must read!” —Diane Denaro Frank, founder and executive director, AngelHouse.org “Here is the account of a miracle touching two great cities. New York’s Calvary Baptist Church, by joining with Detroit’s Citadel of Faith Covenant Church, has displayed the power and presence of Christ in helping bring a once great city back to vibrant life. Bob Chancia has beautifully and forcefully recounted this miracle that touches two cities.” —Rev. James O. Rose, pastor emeritus, Calvary Baptist Church, New York City; Dallas Theological Seminary board of directors for nineteen years.

Bob Chancia grew up in Utica, New York, and graduated from Syracuse University. His career took him to Detroit, Miami, and New York City. The nine years spent in Detroit impressed him the most. Watching Detroit fall from its acme burdened him to start a mission trusting God to raise it again.