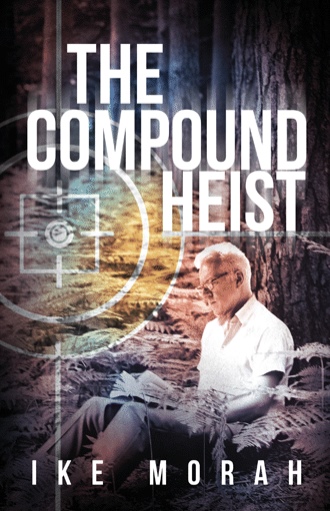 Ike was the indomitable hero of the assignment series of assignments. He had been in total retirement for many years now and stories abound as to who he was what he did and even what he was doing. Some believed that he was already dead. No one was sure as to how to separate facts fro fiction. ...
It was therefore hard to sift out truth and fiction from them.
In fact a group of journalists came up with the story that he had died... evidence.. epitaph on grave stone:
"HE HAS GONE OVER TO JOIN THE MAJORITY
DEATH BLOWS NO TRUMPETS.

In The Compound Heist, a mafia don robs a bank, an airport, and a man’s house all at once.

They are all linked to the man, Ike, who though old was more than a force to reckon with in a fight.

He is God-fearing and does everything to help the good against the evil while the don was out for vengeance, since he killed his father. Intrigues, blackmails, complicated plots, ruthlessness, and spectacular fights abound as Ike takes them out. No matter what, goodness always overcomes evil.

Ike Morah is a pharmacist. He is the author of about twenty novels and a children’s educational book and resides with his family in Baltimore Maryland. His life philosophy is for one to do his best and leave the rest to God—and never to take life too seriously.