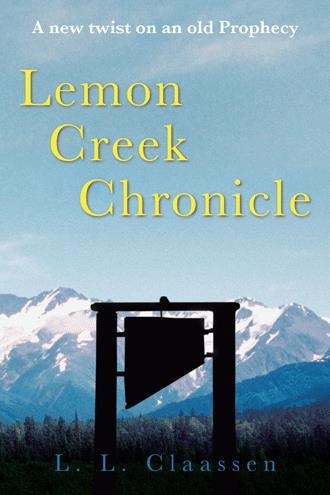 As Jessica and Ellen sat and prayed together, the floor beneath them began to move to the sound of a deep rumble, Dust filled the air and slowly settled upon them and the floor. As quickly as it had left, silence returned preceded by the sound of ringing steel and a deadening thud. The women sat listening to the commotion, which ensued after the tremor, but it wasn't until they heard the shuffling steps coming down the hallway toward them, that Ellen and Jessica suddenly sprang to their feet. Within seconds, four guards appeared, two in front of each cell. The doors were rolled open, and the women ushered down the hallway and into a fluorescent-lit room which resembled the one they had found themselves in the day before. This time however, it contained a long rectangular table, behind which, sat three solemn faced men, and a computer work station attached to a card reader and another machine, with Micro Technology Laboratories Inc. emblazoned across its face. The women watched as another prisoner, was ushered over to the table. His smart card was removed and swiped through the card reader, as the technician keyboarded information into the computer and waited, as it was transmitted to the third machine. When the transfer was complete, the technologist placed the man's right hand over a stainless steel ball mounted on a short pedestal and pressed a red button on the machine.

"Done," he said, and turned to face the women as guards led the man out of the room, and back into the hallway.. ON the table were two piles of papers, one noticeably higher, and in the hand of the man in the middle were tow remaining documents with large numerals visibly printed at the top of each, 97 and 98. Ellen and Jessica reached out to grasp each other's hand for support, but were quickly jerked farther apart by the guards standing behind them. The man holding their documents, fixed his gaze on Ellen, and spoke in a cold and uncaring tone. "Ellen Michaels, you have been arrested and brought before this tribunal for failure to comply with the edicts of the World Collective, and our sovereign leader, Lord Chris. it is the desire of his Lordship, that you be given one last opportunity to receive his mark of allegiance, or be put to death as a part of the religious cancer that has prompted his divine intervention ... Make your choice," he said.

Ellen, with her eyes looking directly into those of her accuser, pursed her lips and spoke unwaveringly. "I choose death she said; only my Savior is Lord!"

"So be it, go to your savior and lord," her accuser said, and hit the wooden anvil with his gavel. One of the guards behind her stepped around with a knife in his hand. Pulling her smart card away from her neck, he cut the collar and removed her identity, tossing it into a large plastic box in front of the table. Then, as quickly as she had been brought in Ellen was ushered through another door, and into the chilling air of the prison yard. Moments later Jessica stood beside her, guards gripping their arms on each side. The women stood, forced to face the guillotine. Before them, two militiamen callously removed a limp headless body from the narrow bench where it lay strapped. Following them, a man with a fire hose, slowly erased the evidence of the violent act, washing it down through a grated hole beneath the stainless steel structure. One elderly man remained in front of the women, flanked as they were by two guards. He stood as erect as he could, and with his chin raised in a defiant gesture, glanced toward Ellen and Jessica. With trembling lips he spoke four words that sent Ellen's mind racing back to that morning in her cell, "He is my, Everything!" Half walking half dragged, the man was led up the steps and thrust face down on the narrow bench, his head placed in a stock, his hands shackled to the platform and his body synched to the bench. In unison, the guards took two steps back, one pushed a large black button, and it was over. With what appeared like military precision, the guards stepped forward, undid the restraints and removed the lifeless body as the fire hose and its operator fulfilled their duty. As the two guards returned, walking toward Ellen, they stopped suddenly. In an instant, a low rumble exploded into a violent shaking that sent everyone staggering and sprawling to the ground. In the midst of the confusion, and clinging to Ellen, Jessica staggered away from the collapsing building, as the women fell face down on the cold shattering concrete. All around them the earth heaved, buckled, and tore. Jessica clung to Ellen as they both huddled together in a fetal position. Burying her face in Ellen's hair, Jessica covered Ellen's with her hands. Minutes later, the violent shaking melted into a deafening silence. The choking air brought the women to their knees, coughing, and spitting the muddied dust that clung to their lips and eyes as they wiped the debris from their faces. Ellen was the first to stagger to her feet, and reaching down, pulled Jessica up, wrapping her arms around her. Slowly the women turned, gazing in unbelief at the devastation unfolding around them. Turning to face their captors, "there were none!" The prison had been destroyed, and only a smoldering heap of ruble and twisted metal remained. Everything else lay swallowed up into the chasm at their feet, including the guillotine and those who had served its insatiable appetite.

In the wild and breathtaking beauty surrounding the Gastineau channel, an end time saga of prophetic proportions unfolds in a small hamlet of Juneau Alaska. Sequestered in the upper reaches of the Lemon Creek valley, eight souls defend their faith, to the death if necessary. Lemon Creek Chronicle is your passport into a future closer than you think, and a world, which will lead you through every scope of human emotion. Experience vicariously a reality few Christians today are prepared to consider, let alone embrace. Seeking truth, and clinging to their hope in Christ, these Christians battle against a world socialist government, raised out of worldwide economic collapse and chaos. Like those who faced the holocaust of the 20th Century, 21st Century Christians have become the targets of intolerance and hatred, the scapegoats of a godless and dying world. Lemon Creek Chronicle will radically challenge your view of end time events, as you experience them through the eyes, minds, and hearts of those who find respite in the “Havens” of the Lemon Creek valley.

Louis L. Claassen currently serves as an ordained minister, Bible teacher, and chaplain in North Central Washington State. Throughout his life and ministry, as an artist, poet, writer, and orator, he has shared his gifts and the truth of God’s word with a sincere and deep-seated passion. Born and raised in the Pacific Northwest, he currently resides in the lake city of Chelan with his wife, Talafaipea, from the beautiful Polynesian islands of Samoa. There, the author holds the high-talking chief title of Salaivoa Lui, as an acknowledgement of service to family and community.