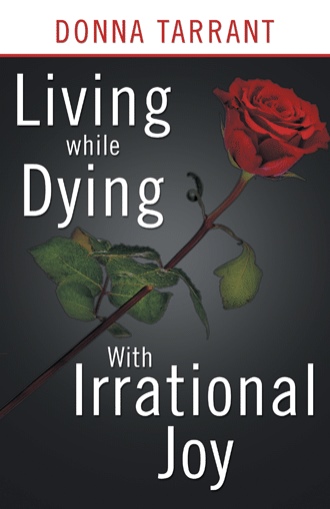 Monday, October 8, 2007 was a day that will forever be seared into my memory. It was the day my oncologist told me that the breast cancer that we had thought cured, was now metastatic. It had spread to my bones. I am now Stage IV. I am going to die.

This particular Monday turned out to be anything but routine. When I arrived at the office, I had a phone call from my oncologist, Dr. Janelle Seeger, asking me to call her. This was not good.

I had gone to visit her the previous week with an unusual pain in my upper right groin. My bones were also popping in the same area. This had gone on for a couple of weeks, but since I had totally renovated my entire rose garden, digging, tilling and planting, I simply thought I had pulled a muscle.

The examined me and said that the muscle felt tight, but she wanted an MRI to see what was going on. Then she could decide the best course of action. She also said that she did not think it was cancer and I agreed. It did not hurt when I went to bed, mostly when I sat a certain way or turned as I was walking.

She had treated my breast cancer after my mastectomy and tram flap reconstruction and I was coming up on my five year anniversary. To be exact, I was 70 days away from that all important five year cancer free mark.

In a cancer survivor’s life, the five year anniversary is huge. Then the ten year, etc. It was not something that I thought of every day; far from it. I had to actually count the days till the five year mark after the diagnosis was made.

To me I had survived cancer and just did not think of it every day. Why dwell on something that was gone? Even if it did come back, my worrying about it would not change the facts. I was intent on living my life.

That is not to say I cancelled doctors’ appointments and did not take my medication. I took those pills religiously and was very observant about my body. I did not shrug off anything new that was happening in my body. I learned my lesson the first time!

With trepidation, I called her back and was actually put right through. That also rarely happens. She is not only a great doctor, but a patient and compassionate one as well. That makes her very busy. She said that the MRI showed that the problem I was having was cancer related. There was cancer showing in the bones of the pelvic area. She wanted me to go for a PET scan the next day and then come directly to her office with the scan. I was stunned. This was not supposed to happen. I was almost to the five year mark!

I was having a difficult time grasping this news, but finally, in a very small voice, I asked if there was anything that could be done. She explained that now, the cancer was not curable, but that it was treatable. There were many new drugs available and that it could – could, being the key work – treated for a long time. However, I was now a Stage IV/

My mind refused to work properly; almost as if it were in slow motion. Dear God, I am going to die. It is too early and I most certainly am not ready to die. How on earth does one continue to live while dying? Would I ever be able to smile and laugh again?

I love life. I love my family. I love to garden. I love God and the day I get to meet Him will be awesome, something that I cannot even begin to imagine. His magnificence is far beyond the scope of understanding to the human mind. I know where I am going so that is not the problem. I am just not ready! I am too busy because there is still so much that I want to do. How can I be dying?

Telling my husband Lane, was so hard. That is a tough conversation for a couple to have. Firstly, because you don’t want to be talking about death at all in the real sense and secondly, because there are so many unknowns!

It left us both with many things unsaid that we just could not say out loud; at least not in that moment. If we did, it would become all too real. The time would come, all too soon, when we would be forced to have this discussion, but not now. Now we just needed peace and time to think about the unimaginable without saying it out loud.

When you get a Stage IV diagnosis, you know that you are going to die, but there are thousands of questions that you need answered. I suppose the biggest one is when? Will I have a year? Two years?

At this point I had no answers, just questions and knew that only with God’s loving, tender mercy would I ever be able to get through the night. He gave me exactly what I needed; the peace I craved in order to sleep. Tomorrow would come all too soon to learn my fate!

On the day Donna Tarrant was diagnosed with breast cancer, December 17, 2002, she was standing at the kitchen counter slicing ham for the twenty-five or so guests that were due to arrive for a luncheon any minute. The phone call left her speechless. The doctor told her to buy green bananas; she would be alive to eat them! Any other time, she would have laughed out loud. Now, she was going to die.

After half a night of research, she knew exactly what she was going to do. After the doctor’s appointment, she was determined. She would have a mastectomy and tram flap reconstruction, all on the same day. She did not intend to have chemotherapy or radiation. This is when God stepped in and made her realize that she was in control of nothing, except her dependence and faith in Him. She learned very quickly that He is in control and He does have a plan.

She could make bold statements about what she was not going to do, but the truth of the matter was that she had to hand it all over to Jesus, her Lord and Savior. Finally, she received the peace that was missing. She could not attain that peace without giving it all to Jesus.

After surgery, chemotherapy, and radiation, she began anew to live her life—one of extreme appreciation for the gift that she had been given. Life was so much more precious now and she lived it fully. Then, the unthinkable happened.

Donna Tarrant wrote this book in obedience to God’s answered prayer. She insists that God wrote it using her as the tool and her story and life as the subject of a very sensitive issue, that of dying. She lives with her husband in Kentucky and continues to garden.