A Tragic Story of True Blessing 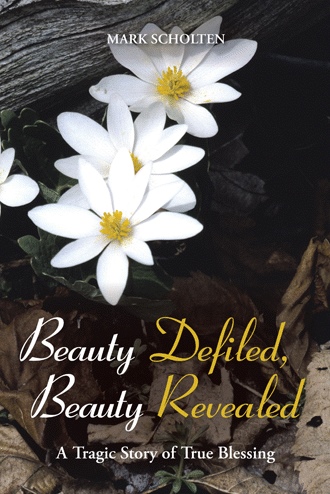 Val turned to the doctor and stated clearly, “No chemo.” There was a pause and then she added, “But will you treat me later if I change my mind?”
“Certainly,” he said genially.

Then he did something that took us both by surprise. This elderly, scientific genius, whom we had only known as stoic and serious throughout the three years Val had been seeing him, leaned in and gave her a tender hug. He didn’t utter the words, but his expression said it all: He was saying goodbye.

As he left the room, we overheard him say to the physician assistant, “No follow-up.” That meant the regularly scheduled six-month checkup wouldn’t be a part of our routine any longer. The door clicked shut, and he was gone. In his mind, it would be the last time we would see him.

Sitting in that light green hospital gown, serving as a thin veil, but offering no protection against a pronouncement of doom, a shudder ran through my wife. Her head bowed low, chin on her chest, eyes focused on the floor, arms crossed and wrapped tightly, she thought about the significance of this conversation, both what was said and what was left unsaid. We sat for several moments in silence, her on the paper-covered exam table, feet dangling, and me in a chair beside her. Finally, I placed my hand on her bare knee, and she covered it with her own. I noticed her fingernails that were cracked and missing, and I saw the red blotches of skin on her upper forearm, the lumped-up scar tissue from all too many pokes with a needle.

As I raised my head our eyes met and what I saw there is hard to describe. The usual bright light of life was dimmed by perplexity. Perhaps, if she was capable of making tears her eyes would have been wet. They were searching though, looking for a place to land. Landing on mine she said, “They have all given up on me, haven’t they?”

“I haven’t,” I said. And I held her gaze, along with her hand, until some peace and security appeared again.

What happens when you have God's blessing nailed down, and then without warning an evil intruder rips everything apart?

I had a corner on the good life. Driven by my material appetite, strategically balanced by religion, I desperately played both sides. Comfortable in a good marriage, with two kids, and a home situated on a small horse farm, I was truly blessed.     Everything changed in an instant with the discovery of a lump, but some things changed in ways I could never have imagined.
By probing the joy and heartache of the past in the redemptive light of precious promises kept, this narrative paints a picture of beauty defiled unfolding to startling beauty revealed. You're invited on a journey of discovery that may change the way you think about blessing.
A story of praise and healing, though not in the popular sense; it's a drama of marital love and faithfulness that prevails against great odds."

"Mark's journey into death leads you beyond the struggle to a hallowed place of surrender. You will be both encouraged and equipped through this book."
Sarah Schieber, singer, songwriter, author, speaker

"Find hope in the midst of deep grief and loss. Take and read!"
Rev. Keith A. Derrick, Dir. of Journey, Center for Learning at Western Theological Seminary

Mark Scholten hasn’t arrived, but is striving to be a fully devoted follower of Christ cleverly disguised as a father, friend, and employee. Before diving into that endeavor he studied management and plastics engineering at two universities in Michigan. As a young man he developed interests in motorcycles, football, movies and reading, which still hold sway over him, especially on weekends.

He lives in northern Michigan with his daughter and son on a small farm that boasts gold-buckle-winning quarter horses, and a slightly overweight pug. Change comes slowly to that part of the world, if at all; perhaps that is why change in Mark’s life needed to be spurred by pain and sorrow.