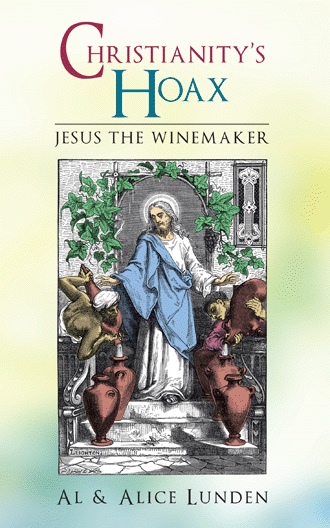 Was Jesus “Guilty” or “Not Guilty” of making wine as His very first of many miracles? Please examine the evidence and come to your own conclusion on this very vital issue! We firmly believe that Jesus was NOT a maker of exotic intoxicating high-point wine but a maker of far more nutritious and delicious grape juice! Christians should perhaps get back to the basics and study the original Hebrew Bible and the Greek Testament! The World must get to know the real Jesus and not fake man-made imitations of the Lord who has been created by perhaps well-meaning but misguided human translators of the Bible.

Christianity’s Image and the World Image of “The Man Without Sin” does not appear to be the true image of Who Jesus really was! Agape’ Love? Unconditional forgiveness? Infinite wisdom? Faithfulness? Fellowship? Gentleness? Honor? Honesty? Absolute separation from sin? None question these attributes of Christ. But what about HIS HOLY IMAGE of abstinence from the use of wine or other forms of alcohol and other mind-altering drugs? From beer, ale, champagne, a little scotch, or a bit of brandy at bedtime? We do so believe because of the writings of a host of extremely gifted and inspired Christian Bible scholars.

We do not even suggest that it is a cardinal sin to use any or all of the above but only that it is wrong to presume to drink them “In the Image of Christ” since HE actually made no wine. The Hebrew word yayin, the Greek word oinos, and even the Latin word vinum are generic words for all grape beverages which must always be studied in context to identify either wine or grape juice.

Let us then just get back to the basics. Consider our Judeo-Christian Heritage. Our walk down an aisle at the supermarket would reveal bottles of Jewish sounding (kosher?) Manischeweitz or Mogen-David wines. But would Moses really have authorized God’s Divine Blessing on these fermented and alcoholic wines? Supposedly not, from the original writings of Moses in the Hebrew Bible, although the Latin Vulgate, the King James Bible and the New International Version do not agree. Would Jesus have honored or would HE have dishonored Moses’ sacred restrictions against leavened bread and wine?

Discussion or preaching against winemaking or alcohol consumption are pretty much avoided in many or most Christian churches! Why? Possibly because most churches assume, infer, or absolutely insist that Jesus did make wine and that they thus must also dogmatically defend their long-time church traditions and doctrines? This is much like the fairy tale about the scam of the crooked tailor with non-existent thread who tricked his Emperor into believing that he was making a beautiful new suit. The tailor succeeded until one little boy was horrified when he saw his beloved Emperor in his underwear.

Perhaps most churches also choose to simply ignore the obvious destructive use of alcohol, excessive social drinking, or alcohol addictions of some or many of their members? Just twenty months ago I and my wife wrote the book, Jesus the Winemaker: Satan’s Most Effective Lie, and had it published by West Bow Press, a Division of Thomas Nelson.

This more comprehensive book was written primarily for Christians and for Christian churches and intended for sale in Christian Bookstores and in major Bookstores. It was published in November 2011 and is available at Barnes & Noble.

We have since realized that this sacrilegious and blasphemous lie is not promoted only by Satan but perhaps mostly by Christianity. The truth, the whole truth, and nothing but the truth can be found only in the God-Inspired words of the Hebrew Bible and in the Greek Testament which are absolutely infallible and inerrant. All other Bible translations are subject to the personal beliefs or objectives of those who have “authorized” and have thereby perhaps also paid for their translation or publication.

Consider especially the Latin Vulgate and the King James Version of the Bible. These two long-time and world famous Bibles were written and published, respectively, by Rome and The Holy Roman Catholic Church and by King James and his Anglican Church. Their writers would most certainly have been restricted and controlled by the specific beliefs of Catholicism and Rome and by the social mores, moral standards, scriptural interpretations, and personal whims of King James I and the Church of England.

We also realize that writing only to those Christians or others who buy books at shopping malls, at Christian book stores, or at exclusive booksellers like Barnes and Noble is much like preaching mostly to those in our beautiful and expensive churches who live in equally expensive and often lavish mansions, houses, and apartments. We are ignoring the masses who live on our streets, in crowded trailer parks, in old houses and apartment buildings; who work very long tedious hours in factories, fields, forests, foundries, offices, stores or in other modern “salt mines”; and who often seek and find only false fellowships through the use and abuse of some form of the demeaning drink which made Jesus famous!

Many of these men, women, and children are counted among the millions of Americans with no real homes or with dysfunctional or broken homes because of the use or abuse of wine or other drugs. Statistics are not available but Christian homes are very susceptible to alcohol use and abuse, spousal abuse, sexual sin, separation, divorce, child abuse, etc. But most Christians in America and in the world are certainly also not aware that Jesus Christ was actually a maker and user of grape JUICE and that, in His absolute Holiness, HE apparently did not EVER use any intoxicants!

Please now just consider the massive EVIDENCE from Scripture, Logic, Science and Modern Medicine which support the hypothesis that Jesus was NOT a maker or user of wine. Remember that Christianity is not Assembly of God, Baptist, Catholic, Episcopal, Lutheran, Mennonite, Methodist, Nazarene, Presbyterian or any other but is truly non-denominational! 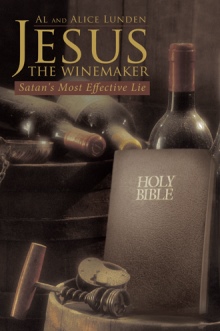 This little book simply seeks absolute and divine truth about Jesus’ very first miracle and about the Cana wedding. Please consider this “evidence which demands a verdict” and then decide if He was a maker of six water pots of the most delicious and nutritious grape juice the world will ever know or of over six hundred liters of an intoxicating drug.

We propose just one simple question: Should God’s greatest and most sacred creation of christian marriage and family be subject to the random evils of alcohol use and abuse on the wedding night, or should the bride and groom be blessed by the mental and physical acuities of absolute sobriety and spiritual enlightenment from Jesus’ Holy Spirit?

Consider the absolute authenticity and inerrancy of the Hebrew Bible and the Greek Testament of Almighty God or the questionable reliability of the many modern or old translations made by mortals who are subject to the temptations and errors of worldliness and carnality.

Then also consider the hypothesis that the New Testament Church in Rome might well have been able to convert Constantine the Great to Christianity to simply prevent the ongoing bestiality against Christian men, women, and children who were then being ceremoniously killed and eaten by lions and dogs in the once-great Colosseum in Rome. It appears that some of his generals and statesmen were even given leadership roles in the new Holy Roman Catholic Church.

The elderly authors have only been spiritual Christians for thirty years but lifetime members of several Protestant churches. They discovered the astonishing divine truth of Jesus’ abstinence thirty years ago from several inspired writers. They were born in the Dakotas but lived in Florida and Tennessee before returning to South Dakota.