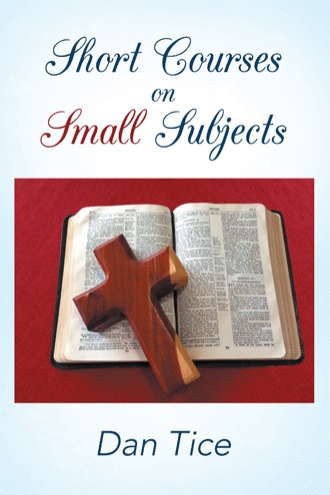 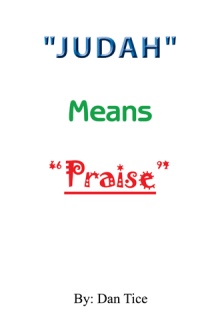 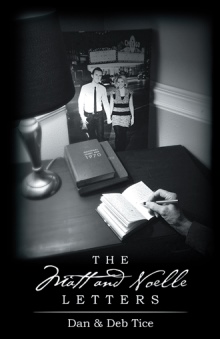 There was a preacher who once said, “In today’s world, we need to keep a Bible in one hand and a newspaper in the other.” In this particular book, the author’s main source of information was the Word of God, as it had been in all of his other books; however, it was uncanny how it kept connecting with current events of 2012 and early 2013: from the summer Olympics to the fall presidential election, or the drought in the Midwest to the results of the Super Bowl.

He also thought of a Bible reference with a similar thought: Jesus said, in Matthew 13:52 (NIV), “every teacher of the law who has been instructed about the kingdom of heaven is like the owner of a house who brings out of his storeroom new treasures as well as old.” The truths in the Scriptures have stood the test of time for thousands of years, and the “old” still shines brightly in our modern and sophisticated world. But they have “new” applications that we need now as much as Moses and Elijah needed them back then. (Perhaps this was why those godly men appeared on the Mount of Transfiguration, to talk with Jesus about the importance of His mission of mercy here among us, that would fulfill all of their hopes and dreams.)

Then, in the author’s own life, experiences that he had and lessons that he learned forty years ago have a connection with breaking news stories of today.

After the author had finished publishing his second book, ‘Judah’ Means ‘Praise,’ he received a call from his new publisher saying that he needed to promote sales of the book, and maybe it would help to “create a brand” of some kind. He didn’t have time to worry about it then, he was so busy writing this book, but now that he’s done writing all four of his books, he’s been giving it some thought. So maybe you could think of him as the “9/11 Preacher”? No? What about the “Colonel Sanders” of Christian writers, starting late in life like he did? Or,...perhaps you could just let him be the “Father and Grandfather” of all of those kids in the world who don’t have a father or grandfather of their own. He would probably like that the best. Frankly, I believe it’s too late in life for him to worry about a “brand” that would attempt to make him a famous writer. But he still remembers a little story in a Sunday school paper that he read one time, which probably shows more of his actual expectations: There was a little old lady on a bicycle, pedaling into this one small town. She dropped by the nearest church, not to ask for any help for herself, but to see if there was anything she could do to help them. She noticed that the church needed a paint job, so she went to the local hardware store and bought a can of paint and a brush. She couldn’t carry a big ladder on her little basket, so she did the best she could with what she had. She went right back to the church and began painting as high as she could reach. A church member pulled up in the parking lot about that same time; he watched her well-meaning but under-achieving efforts, and he felt sorry for her. He had a nice long ladder in his big pickup, and he knew another member that had a power-sprayer, so he called him on his cell phone to ask him to come over and help out as well. The pastor emerged from the church to see what was going on, and he got involved and contacted a few more helpers. Before the afternoon was over, the church had a beautiful new coat of paint in record time. Then someone thought to look around for that little old lady. She was nowhere in sight! They asked if anyone knew where she had gone. One child standing nearby said he had seen her get on her bicycle and go pedaling down the road toward the next town. Maybe they had a church that needed painting, too? The moment he read it, the author totally identified with that story; he felt like he knew exactly where that mystery lady was “coming from.” He was looking at a nation that needed a change as well, not just a new paint job on the outside, but a radical transformation from within. However, the Source of that change was no mystery at all—not anything new and different, but a return to the One they had known all along. But what could he do, personally, to help bring about such a change? He knew there were many other excellent ministries addressing the same need—maybe he should just pray for those, without adding his “two cents worth.” After all, what did he know about web-sites and computers and “name-brands,” or all of that mass-media stuff that can speed the Gospel out across the airwaves to this new-fangled, modern world? He is just a simple “man of letters,” writing to his family about what seemed important to him, and to them, to help them face the challenges that world presents. But like that little old lady, maybe he could ride his bicycle down the road to some other town, that probably could use some good news, when all they usually hear are “discouraging words” in their neck of the woods. They just need to hear the best words of all, the ones found in the Word of God. (...Remember, anything important that this author has to say probably came from the Bible anyway. And it really doesn’t matter what version you have, but English is good—unless you speak Spanish. That’s another story. But he’s done telling any more of those. Sorry!)