Dancing through the Storms 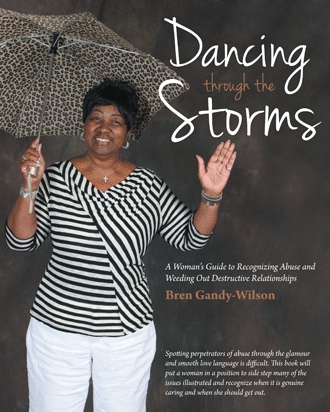 Some persons have suffered abusive behavior since childhood and may not recognize that they are being abused. Critical issues are explored in Dancing thru the Storms: a Woman's Guide to Recognizing Abuse and Weeding Out Destructive Relationships which will heighten awareness to some common behavior traits of abuse, whether it is verbal, mental, psychological, emotional or physical.

This book is written to help recognize when behavior is not normal. In the beginning stages of relationship, the keen observer will be able to spot abusive behavior and weed out relationships that lead to toxicity. It is also to empower victims to make decisions to survive and recover from abusive behavior. “For God has not given us the spirit of fear; but of power, and of love, and a sound mind.” 2 Timothy 1:7 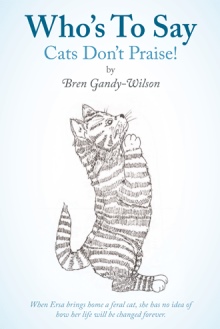 Dancing through the Storm focuses on these concepts:
• You can recognize and resist abuse in relationships.
• Love can only be expressed properly through knowing God intimately and knowing yourself.
• A healthy relationship doesn’t just happen. It is the fruit resulting from heeding the promptings of the Holy Spirit and applying God’s Word in every situation.
• Marriage is a “God thing,” created by God before sin entered the world.
• A blessed marriage is a synthesis of three not two because Christ is to be the head. • Through Christ, you can fully recover from an abusive situation.

Evangelist Bren Gandy-Wilson a retired public school teacher, a Teacher of theology and a Chaplain in training. She was born in Hamlet, North Carolina, and received her public school education in the Richmond County School System. She holds both a master of education degree in emotional and behavior disorders from the University of West Georgia and a master of divinity degree from Hood Theological Seminary. Bren has been the victim of abuse. When she was at her lowest point, a woman of God came to her aid, showed her that she was loved by God, and gave her hope that she could get through her present situation. Bren wrote her autobiography in Women Are Spiritual Bridges. She now feels called to write the love lessons God taught her in a more straightforward way.