The 15th Alabama Fights the 20th Maine at Gettysburg

by Peter Warren, With Roy Mckinney & With Edward Odom 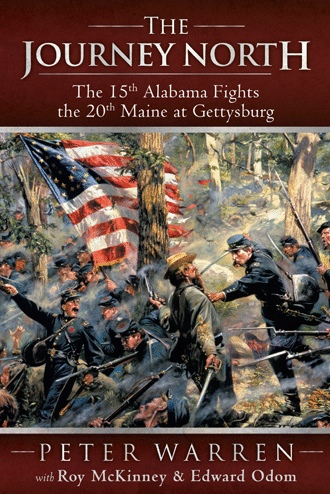 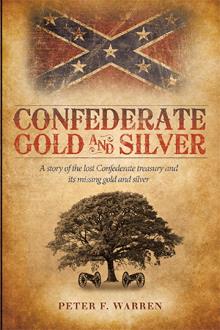 As the war entered its third summer, the Confederate army met the Union army in July 1863, in Gettysburg, Pennsylvania. During the second day of this three-day battle, some of the most brutal fighting occurred at Little Round Top.

This story describes the bloody fighting that took place between the Union’s 20th Maine and the South’s 15th Alabama. It also describes how two fictional soldiers meet on Little Round Top and become friends. This meeting portrays those that often took place between opposing soldiers. They were random acts of compassion during a brutal war.

Peter Warren is retired from the Connecticut State Police Department. He is a graduate of the University of New Haven and the FBI National Academy. A Civil War buff, he resides in South Carolina with his wife, Debbie. He is also the author of Confederate Gold and Silver. Roy McKinney, a Civil War buff, is retired from the Bangor (Maine) Police Department. He now serves as the Director of the State of Maine Department of Public Safety’s Drug Enforcement Agency. He is a graduate of the University of Maine, and the FBI National Academy. Edward Odom is retired from the Alabama State Troopers. He resides in Mobile, Alabama. He serves as Vice-President of the Alabama Peace Officers’ Association. A life-long Civil War buff, he often travels to Civil War sites and battlefields.