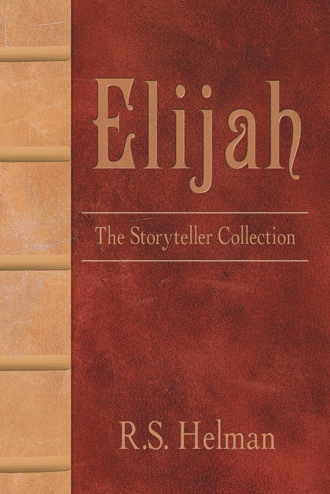 Elijah the Tishbite (remember he was from the area of Tishbe) had been living with the widow and her son for approximately three years. And in all this time of about a thousand days, not one drop of rain fell from the sky…not in the morning, not in the afternoon, not in the evening. Not ever. So, the ground never felt the cool wet wonder of a spring shower or the exciting downpour of a summer storm. Before daylight broke each morning, the earth was already cracked and worn, and as the broken ground continued to bake under the sun’s scorching rays, all living things could barely breathe. Now, very little water remained in the lakes…or the rivers…or the streams. Finding just a half a cup of water to soothe their thirst was almost impossible, and many folk were forced to accept the dirt and grime that clung to their blistered bodies. The plants wilted and eventually collapsed, and only thin and shabby grass could be found for the ragged animals to munch. People, likewise, had scarcely enough food to eat, and they had nothing to share. Each day was more miserable than the day before. Day after day after day—year after year after year, they had prayed to their idol gods for rain, but the idols still refused to answer. Yet Elijah, the widow, and her son had not gone hungry, for they had been given enough oil and flour to prepare their food needed for each day. The one true God had taken care of Elijah, and God had also watched over the woman who had shown kindness to the prophet. Even when the widow's son had become very sick and died, Elijah had prayed to the one true God, and God had answered his request and raised the young child back to life. After about three years, God said to Elijah one day, "It is now time to go and appear before King Ahab, because I will soon be sending rain on the land." So Elijah prepared and began his journey to the King's palace.

All this time, King Ahab had refused to turn to the one true God for help, even though the land and the people of his kingdom reflected a pathetic and gruesome sight. The King chose rather to serve the idol gods of Baal and Asherah and beg them to send rain. But his actions made no sense, because the gods of Baal and Asherah were just statues and could do nothing to help the King, nor could they answer the pleas of anyone in his kingdom.

Now, even King Ahab was becoming anxious and worried, and called for Obadiah to appear before him. Obadiah had quite an important responsibility in the royal palace—he was the supervisor in charge of the King's entire staff. You might assume that because Obadiah had such an influential job and worked so closely to the King, the two of them probably thought and acted very much alike. Actually, though, the two men were remarkably different, so much so, it was necessary for Obadiah to keep a grave secret from Ahab and especially from the Queen. Obadiah believed fervently and was committed wholeheartedly to the one true God. Even when Queen Jezebel had ordered that all of God's prophets be captured and put to death, Obadiah had hurriedly made arrangements to protect one hundred of them. These prophets were now hidden in two caves—fifty in one, and fifty in another. While these accommodations were not the most comfortable, at least the prophets were safe, and Obadiah made sure they had bread and water to eat and drink. It was quite the risk to take. If the Queen would have ever discovered Obadiah's arrangements, no telling what terrible punishment Obadiah would have suffered at her hand. Now, the country was experiencing a state of emergency. The famine had become so widespread and so severe that the King was personally forced to take drastic measures. When his supervisor came into his presence, the King said, "Obadiah, I want you to go through the land and to all the places where there once was a spring, a brook, a river—anywhere you might discover even a few drops of water. And see if you can find some patches of grass for our horses and donkeys to eat. Otherwise, they will continue to starve, and we will have no other choice but to kill them." Obadiah wasted no time preparing to leave the palace. Then he urgently set out to explore for water and grass in one direction, while King Ahab himself searched for grass and water in another direction. It would definitely be a lengthy and difficult task. However, Obadiah had not been gone from the palace for even a full day when he was suddenly caught off guard and face-to-face with an unbelievable situation. Of all people, he ran into the well-known and remarkable prophet of the Lord God—none other than the great man himself—Elijah. Overcome with surprise, Obadiah dropped to the ground, and without daring to look up, he muttered, "Is it really you, Elijah? " 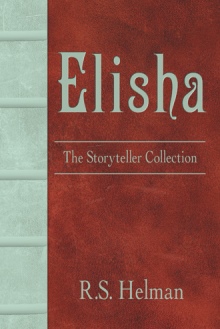 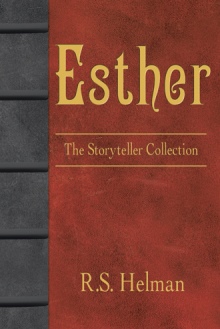 A Captivating Storybook Set As Well As

Whether reading at home or in a classroom setting, children will be fascinated with the true-life stories of Elijah, part of The Storyteller Collection.

In this descriptive account of the prophet’s experiences, each section begins with a short, inspiring tale, followed by questions, answers, and complementary activities neatly suited for one child as well as many children to complete—and all in one book!

Parents and teachers will likewise find the lessons to be refreshingly straightforward and simple—simple to understand and put into practice—not based on personal opinion or assumption, but chock full of exciting biblical fact.

Moreover, to implement the exercises, you won’t need to make expensive purchases or spend a lot of time gathering excessive materials. What you will need is a passion for the truth and the use of your God-given imagination.

Other books available in The Storyteller Collection

R.S. Helman, known as Beck to her family and friends, has presented her own material as a music and program director for an array of children’s classes, Bible school programs, and summer camps in southcentral Pennsylvania. In addition to her passion for teaching and storytelling, she has enjoyed fulfilling her roles as wife and mother of two and providing services as a freelance editor and writer.