Winning the Battles in Spiritual Warfare 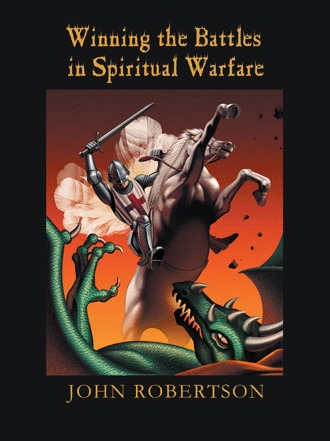 When we consider the causalities of war, we so often think only in terms of wars in the natural realm. So, when you consider the casualties of Spiritual Warfare, by that I am referring to those who either fall victims to Satan, or those who are the victims of those operating under Satan’s influence. Unless bombs are being dropped, firefights blazing in the night, tanks rolling down our streets, or massive armies battling it out in our countryside, people just do not comprehend that there is another kind of warfare, Spiritual Warfare, and like conventional warfare, there are casualties, actually more casualties than in conventional warfare. 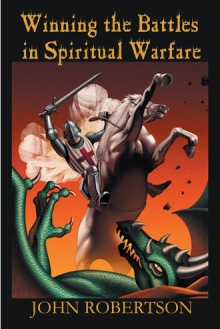 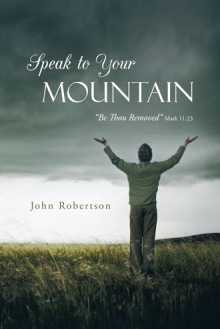 Speak to Your Mountain
John Robertson
$13.95

This book contains all the information that you need to engage in spiritual warfare, protecting your home, your family, your community, as well as our nation. In it you can learn how to overcome the attacks and the snares of Satan for “in all these things we are more than conquerors through him who loved us.” (Romans 8:37)

John spent 10 years in the ministry, as a deliverance minister at first, then as a Pastor of Calvary Full Gospel church, in Teague, Texas. He was taught a lot during those years, through his mentor, Pastor Earl Anderson, who fed John’s unquenchable thirst for knowledge that burned in his spirit as he read God’s Word. In time, John ministered to inmates in the Limestone County jail, had a television ministry, as well as ministering online. He decided to write a book explaining everything that he learned while in the ministry, in an effort to help people who are searching for information about Spiritual Warfare. When John first began in the ministry, he found very little information here and there on Spiritual Warfare. He believes that this book will present a wealth of information, not only from what he was taught studied, and read, but also from his own personal experiences, for those who are seeking information as he did, when first getting started as well as help for those who are already in the ministry.

John presently lives in the Dallas/Ft. Worth area, is married to Joann, with four sons between them. He is not presently in active ministry, although he had a website, Mark 1617.com for about 10 years, which had over one million page views every year during that time. He grew up in Louisiana and Texas, was raised as a Southern Baptist and graduated with a Bachelor of Science degree in Education from the University of Southwestern Louisiana in 1976. He obtained additional training in Belief Therapy from the Therapon Institute located in Humble, Texas.