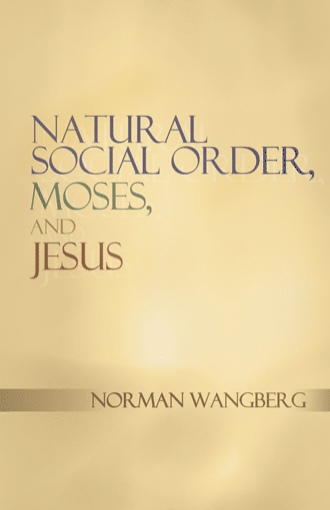 How real is your world? The common view is that mature, intelligent, practical adults live and function in the real world. The fact is that nearly everyone tries to live and to function in a world that is, in large part, fictional.

A common example will illustrate. People already know that their national government and the ordered way of life that it envisions and enforces are man-made and differ more or less from what other governments envision and enforce. These differently envisioned ways of ordering life originated in different dreams or visions of how various human needs and desires might be served according to preferred values and priorities. Whether envisioned piecemeal, through a compromise of different wishes and dreams, or as a single coherent whole, the resulting visions of social, political, and economic orders and systems are artful creations of the individual or collective human imagination. They are imagined, fictional contexts for life. They are fictional worlds.

Efforts to implement and to impose those imagined worlds result in more tangible artificial worlds. They result in laws, institutions, and many kinds of practices and social machineries that are designed to sell the fiction, to appeal to the emotions, to indoctrinate, and to coerce people to conform their thinking and behavior to the spirit of the underlying fictional world. The school of hard knocks teaches fictions, and so do other schools. Whether by force or by choice, people have adapted their lives to these and other fictional worlds.

Other fictional worlds include idealistic systems. Describing and defining admired principles, values, and standards and building internally logical systems based on them is how we have been schooled to order our thoughts and to compartmentalize and to organize life. People know, of course, that there is no perfect world as ideals would define such a world, yet people continue to think and to act in idealistic terms in creating and understanding many of the different systems to which they have oriented and adjusted their lives. The focus in each case is on a fictional system, a context for ordering thoughts and resulting behavior that has no separate existence apart from its conceptualization by the human imagination.

The fictions are perceived to be, or at least treated as, the real world. Whatever the level of people’s awareness that they have adapted their lives to such fictional worlds, the fictions have become an integral part of their lives. The foundations for the fictions have become foundations for their way of life. The fictional world and its foundations govern how people orient their lives, reason through issues, form opinions and emotional attachments, and act out the drama of their lives in what they suppose to be a practical, realistic, and productive way. Perceptions, reasoning, and conclusions are reinforced daily by others who see and act similarly. People’s senses of reality and of practical wisdom have been formed largely within the contexts of, and from the perspectives of, fictions.

These types of fictional contexts or worlds typically serve real needs and useful goals, of course, and that has been their common justification. To continue illustrating with the example of government, there is no reason to debate that some kind of social, economic, and political organization and order is beneficial, even necessary, for human survival. There is also no reason to debate that fictional systems and orders and producing artificial contexts for life have been the common ways that people have organized themselves socially, economically, and politically throughout recorded history, however successfully those purposes have been addressed. One may argue which fiction and which implementation does a better job of serving which purposes, or whether a new fiction or implementation might do better, but, other than that debate, what is the problem?

The root problem is that real world issue. Fictions may be useful for what fictions can realistically be expected to offer, but can it be wise to live and to function in a fictional world? We certainly don’t need to do so. We have a real context for life, an original, natural context for life which gave birth to life and is the only context which can, in fact, sustain life. Fictional worlds focused more narrowly on human interests and goals can do neither, yet, other than by study in the natural sciences, people have continued to focus on and to embrace fictional worlds rather than to focus on the real, original, natural world.

Fictional worlds may conceptually accept and account for nature in some fashion or degree, but the adoption of a fictional context and its order and way of thinking automatically arrogates it over any contrary way that nature would suggest independently of the fiction. The essential natural context of all life is replaced by a fictional one that isn’t necessary to anything. Nature is artificially lowered to the status of a mere resource to be consumed, manipulated, and abused as fictional values deem useful to the fiction. Conflicts are resolved, whenever humanly possible, according to the superimposed fictional order and way of thinking. The natural order becomes an inconvenience to the human-created, human-oriented world and way of thinking. The natural world was neither created by people nor constructed from a narrow focus on human needs, desires, and dreams.

What can a fictional context and order offer us that is different from the natural context and order, that doesn’t also, by reason of that superimposed difference and narrower focus, offer illusions in lieu of truth and prejudices in lieu of understanding? Why should a fictional world be treated as more important and deemed the real world, while the natural world we need to survive is treated as a second class part, if not merely an optional part, of the world? Isn’t it better to try to see things as they are and to deal with things as they are, rather than to perceive things as distorted by a fiction and to misjudge accordingly? Are we just ignorant, self-indulgent parasites unable to adapt to and to live symbiotically with nature?

The narrower focus and human construction of fictional worlds may make them easier to understand, but does that justify them? Are we justified in adapting our lives and ways of thinking to fictions because they are familiar to us, or because others try to impose them on us, or because we have already misspent a lifetime living in and trying to adapt to fictional worlds?

If adapting to the natural world makes more sense, and it will if it doesn’t already, how would we do it? Setting aside undue fears that adapting to the natural world may require some impractical primitive lifestyle, would the effort be intuitive and easy, or would it require intelligent understanding and hard work? It would be expected to be easier in practice, but it isn’t intuitive or simplistic. We need our best intellect in order to adapt well. For those who seek any depth of understanding, the effort requires a more disciplined intellectual process than merely dreaming up or comprehending a narrowly focused fiction.

An accurate understanding of how to adapt to nature socially, economically, and otherwise requires that we go back to foundations, this time to real, natural foundations instead of narrowly focused foundations chosen according to some human preference. It is necessary to re-think and to re-learn the world in a way that is designed to accept the natural world as it is, undistracted by subjective preferences for a different, fictional world. It requires a humble fact-based natural world view exclusive of any arrogant opinion-based fictional world view.

Discover those foundations and a way of life based upon them. See from an objective, natural worldview, instead of from the more familiar perspectives of artificial worldviews which present subjective, biased, and misleading views of reality and practicality. Instead of focusing on idealistic or other worlds of human imagination and design, be inspired by the real world, the natural world and order that inspired Moses, Jesus, and the Bible.

Learn how much more realistic, practical, and beneficial life can be when it is oriented and adapted to God’s creation and order, instead of to man-made worlds and orders which invariably conflict with God’s creation. Learn how to live within the original context for life, as life was made to be, as part of the only world and order that gave birth to life and upon which all life depends.

Norman Wangberg brings an interdisciplinary and practical perspective to a topic that has not been given a very practical understanding within the purview of any one traditional academic discipline. After obtaining a bachelor’s degree with majors in chemistry and mathematics, he attended law school and obtained a Juris Doctor degree. Subsequently, he attended seminary and received a Master of Divinity degree. Although opting for the practice of law as a profession, his interest continued in seeking a more practical appreciation and application of the ethical and social structure underlying biblical teaching.